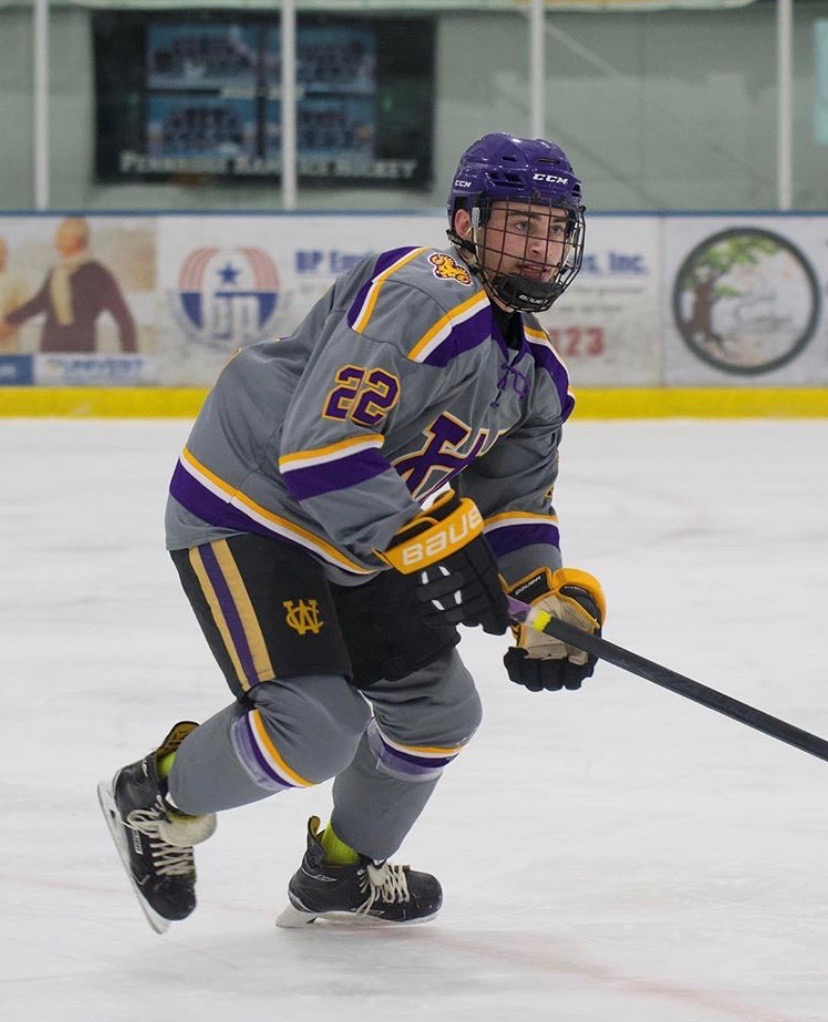 I recently sat down with West Chester University senior and Men’s Ice Hockey center, Jake Horacek. From his social life, to his determination during games, we discussed his life at West Chester and how he fell in love with the sport. Horacek is a center, and began to skate very early in life.

What made you want to play at West Chester?

For the most part, I wanted to come play at West Chester because I heard so many positive things about the school itself. I also was being recruited by the coaching staff at the time, and it was an in-state school, so the decision was pretty simple.

Did you feel a good balance between academics and sports?

At first it was a bit difficult to manage my time correctly and to get my classes around our practicing schedule. The longer I attended West Chester, the better I started getting at managing my time towards schoolwork. There are certainly still some moments where getting assignments in on time becomes a worry, but most professors are pretty flexible.

Favorite thing about playing hockey and why?

My favorite thing about playing hockey is spending quality time with the guys in the locker room, along with winning championships and then proceeding to celebrate.

Is there a specific event in your life that sparked your interest in playing hockey?

I began playing hockey since [before] I could even remember. My Dad played professionally, and my older brothers all played. So, you could say it fell into my lap.

My favorite player was my dad. I started on my first team when I was eight years old. Started skating probably before walking (two to three years old). My first team was an in house recreation league called the Hershey Junior Bears. I really do not have a favorite team, [I] just enjoy watching the sport in general. But I guess the Flyers because of my dad playing for them and that they are the team located closest to my house.

My favorite thing to do with hockey is winning championships. I have been lucky enough to win a few championships in my life but my most favorable memory of my career would have to be winning the championship here at West Chester. We played the U.S. Naval Academy who are a very talented team and it was a fun game to play in. I also was lucky enough to score two of the goals in a 4-2 win.

How has your experience been?

My personal experience off the start was not too great. [During] our first two seasons we did not win a lot and were overall a lot younger than many of the other teams. After that we became really good with some new recruits and won the league last year. Some benefits would be the people I have met through the game and friendships made.

If you could change anything about your experience at West Chester what could it be?

There is not much I would have changed about my experiences here at West Chester, other than some slight little things, an example being parking. Parking in West Chester is one of the biggest annoyances one could ever see.

How do you like to spend your free time?

When I get some free time, I like to head into town and spend some time with my buddies at a place they call Barnaby’s. I also like to sometimes just hang out with my friends and watch movies/shows and eat a bunch of yummy food.

I would normally say Barnaby’s is my favorite restaurant in town, but as of recently, I have found myself spending a decent amount of time and money at the newly-opened Sterling Pig. They have great food and some very refreshing drinks!

What you will miss the most once you leave West Chester?

I think the thing I will miss most after leaving West Chester is mostly not being around all the great people I met. Not to mention that I will certainly miss the lack of responsibility that sometimes prevails.

What do you do with your team outside of practice?

Outside of practice our team does many things together. Sometimes we have charity events we go to around the community and help out. We also will have some team-bonding activities at times and all hang out together doing a variety of bonding activities.

Ciara Williams is a student at West Chester University. CW866426@wcupa.edu