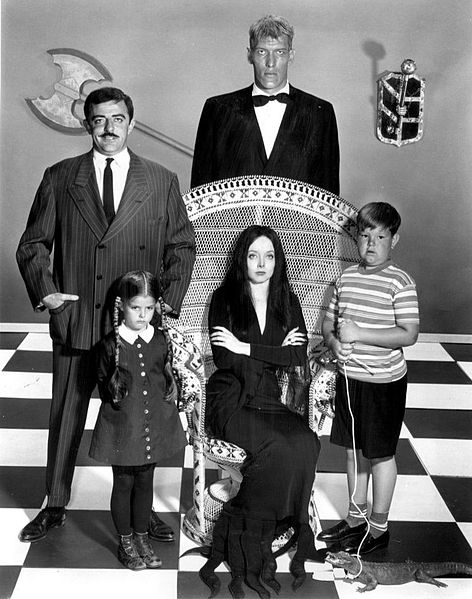 In going to the AMC movie theater on a Tuesday night, my original idea was to see “Gemini Man,” due to the known fact that it had been failing in the box office. However, after seeing major advertisements of the new “Addams Family” movie at my local grocery store, I could not pass this by. As a teenager, I had heard about the Addams Family from my mom through watching episodes from the original show on DVD. In contrast to the film, it is a major shift away from the classic television version, even though there were references from the TV show.

Before I go into the plot, I forewarn the reader that some of the plot might be a bit spoiled. Anyway, in the plot, the film provides a chronological format of the Addams family and how they came into existence. Instead of splitting up the plot in mini episodes, the film speeds through one distinct plot to tie into the film. Personally, having mini episodes would destroy the plot’s importance. By not having this conception, the plot remained intact. The basic point the film makes is that the Addams family is extraordinarily diverse in how each tries to assimilate into real life issues.

Throughout its premise, the usage of Computer Graphic Imagery (CGI) replaced the usage of real life actors and action scenes. As someone who enjoys technology, this was an achievement in providing the audience some form of entertainment without the bluster. In one scene, the house yells to the two Addams to get out, which was hilarious given that the reaction between Gomez Addams, played by Oscar Isaac, and Mortica Addams, played by Charlize Theron, was positive. Due to the use of CGI, tricks that were originally impossible for real life actors are made possible.

The cast list was not diverse, despite having two leading actors who have done other important films and Snoop Dogg. I probably believe the filmmakers did not think of having more well-known actors to the film since the film focused more on a kid audience. Although disappointing, the cast did well in portraying the original characters. Conrad Vernon’s version of Lurch made me smile when he spoke the iconic phrase of greeting guests.

After seeing the film, my uncle told me that there were other films of the Addams Family, which I found intriguing. In 1991, the first Addams Family movie came out. Due to its success, two other film sequels were made in the late ‘90s. In association to this film, it is a general remake but the title was kept. I believe that Hollywood probably ran out of ideas, and in order to gather audiences to the box office, remaking a certain film like “The Addams Family” would be detrimental for the millennial generation.

The film’s positive was that CGI captured the importance of humor and the characters. Another was that it stuck to the dark theme of the Addams family being no ordinary family.

Plus, they kept the iconic ending theme from the television show, in which every Addams snaps their fingers. Lastly, the blend of chemistry and humor with each character made the film enjoyable.

The drawback that I found from this film was its usage of “Easter eggs” scattered in the film. For instance, the main villain in the film had blond hair that was big and wavy, which might allude to a comparison of President Trump’s hair. I was not so sure if the director was trying to send a political message about diversity or the downside of bigotry, but the film does capitalize on this in the plot. In my opinion, a typical Addams Family movie or any other movie should not have political overtones, since it causes a viewer to argue if the film had political bias toward a certain group. Therefore, it would be best for this film to be a form of entertainment.

Another drawback I had was not from the film itself, but from a personal experience of seeing the film at the AMC movie theater. While watching the film, someone urinated in one of the seats triggering a smell that I found revolting. Though I do not see this as a problem, I feel that the reader should know that if someone desperately needs to see this film, go to the restroom beforehand.

Overall, “The Addams Family” was a decent movie to see with the general audience, despite having an issue with the political overtone of the film that gave the plot a mixed reception, and the personal issue I had at the AMC movie theater. If anyone is interested in seeing this film, I definitely recommend watching the “Addams Family” TV series and the past films for deeper insight of “The Addams Family.”