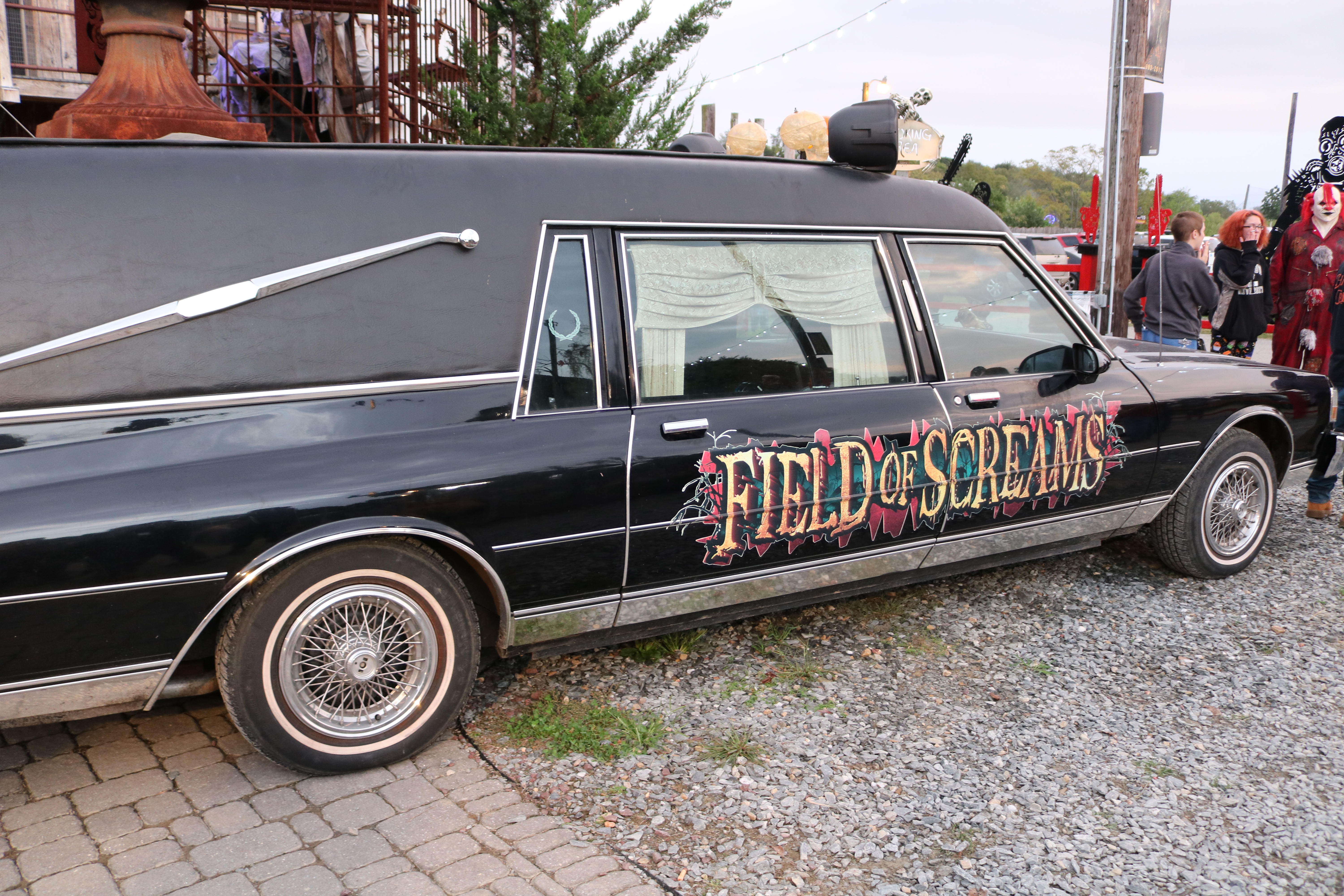 On Sept. 14, 2019, The Quad was invited to attend the popular horror attraction “Field of Screams” during their media hospitality night. We were treated to dinner and free VIP passes to each of the four attractions. More photography and video content can be found on our Twitter and Facebook pages.

Pennsylvania is said to be the nation’s most haunted state. Numerous locations across the Keystone state boast local myths of the occult—from the civil-war ghosts of Gettysburg, to the flaming mines below Centralia that inspired the Silent Hill games (not to mention the alleged WCU hauntings detailed in Rae Dunbar’s 2007 Quad article).

Lancaster’s “Field of Screams” — a popular collection of haunted attractions — embodies Pennsylvania’s status in the world of folklore and myth. The Quad was fortunate enough to receive an invite to attend a VIP press gathering at Field of Screams, as well as to visit all of its attractions. Yet as each of us had a different level of experience with haunted houses and the like, our reactions to Field of Screams varied in some ways.

Field of Screams was started back in 1993 between two brothers Gene Schopf and Jim Schopf. Field of Screams started as a hayride on their family farm (the beginning of “The Haunted Hayride” attraction) and several wrestlers from their school who performed as the actors.

The attraction hosted approximately 3,000 visitors during their opening weekend of this year, which took place just last week. “We’re always trying to make it better,” said Gene, the younger of the two brothers. “Try to make it neater and scarier and cooler. That’s our passion.”

Field of Screams currently has four attractions: The Haunted Hayride, The Den of Darkness, The Asylum, and their newest attraction, The Nocturnal Wasteland.

“We originally started with just the hayride back in ‘93, because that was our focus. We thought ‘Oh, that would be cool!’ Everyone loves a hayride…as soon as the hayride was a success in the first year, we started thinking about ways to expand it.”

The Den of Darkness came next with the use of one of the barns on their property. As they expanded their attractions, they continued to make use of their tractors, additional barns, and open space on their farm.

Below, Quad executive board members Christoforos Sassaris (entertainment editor) and Samantha Walsh (editor-in-chief) give their take on what it was like to visit Field of Screams.

As a rookie in the world of haunted attractions (and horror-themed entertainment at large, having not begun watching horror films until two years ago), I was unsure of what to expect from Field of Screams. The marketing material—with its grotesque, undead figure reaching for me — promised a terrifying experience — and that was exactly what I got in the first attraction that we attended, the Haunted Hayride. This attraction is considered the tamest of the four, but it scared me the most. Perhaps that was the case because it was my first ride, but I cannot help but feel that my inability to walk through this attraction at my own pace took part in making this attraction so intense; rather than being able to look around each corner before turning it, or running through an especially spooky room, I was stuck on a wagon, dreading the moment when an actor would sneak behind me, or when a prop would suddenly drop from above without a warning.

Another feature that made the Haunted Hayride especially scary was that the doors often closed on the series of diverse, barn-like rooms that we were driven through. This made for a stronger sense of claustrophobia than even the tight, dark corridor that we had to walk through in the second attraction that we visited, the Frightmare Asylum.

I found The Asylum and the third attraction, The Den of Darkness, relatively similar. Both were exactly what I expected when I decided to visit Field of Screams, and both presented highly conventional styles of horror. For example, hints of gothic horror, as well as killer clowns and other elements of modern horror, were sprinkled throughout these attractions. That is not to say, however, that the scares didn’t work on me. The final attraction that we visited was the Nocturnal Wasteland and, although by far the least scary, this attraction was my favorite. I credit my preference to the attraction’s aesthetics; the world that it portrays reminded me of some of my favorite specimens of popular culture, such as the latest “Mad Max” film or the “Fallout” videogame series. It is worth noting that, over the course of the night, my sense of fear increasingly waned. However, the immense detail of the attractions, the often humorous actors, and the overall ambiance of the place nonetheless made for a resonant experience. On the whole, I thoroughly enjoyed my time at Field of Screams and am now excited to visit similar locations.

I’ve been a long-time fan of Field of Screams since high school. Having grown up in the area where it happens every fall, I’ve gone at least three to four times before coming to West Chester University. It had been at least four years since I’d gone, and I was thrilled to find that the attraction didn’t just appeal to a sense of teenage nostalgia – it’s a really, really fun place to be. I think this is because Field of Screams hits a solid “PG-13” in terms of its scariness. There’s nothing too extreme (unless you decide to take on Field of Screams’ “Extreme Blackout” event, which The Quad did not attend) and nothing too tame that it grows boring or uninteresting.

Each attraction has incredible attention to detail; I was especially impressed with the detail in the Haunted Hayride, with its stops in a gruesome pig slaughterhouse, a spider’s den complete with giant, mechanical creatures and a cryogenic facility. It was not uncommon for actors to jump onto the moving hayride and physically touch you or scream right in your face. The Nocturnal Wasteland was also very visually impressive. It took you over bridges, through broken-down buses, around electrical power plants, and even into a mock swamp where the green light effects made it appear as though you were wading through murky, green water.

Samantha Walsh is a fourth-year student majoring in English and special education. SW850037@wcupa.edu