“Looking for America” through the enigmatic eyes of Lana Del Rey 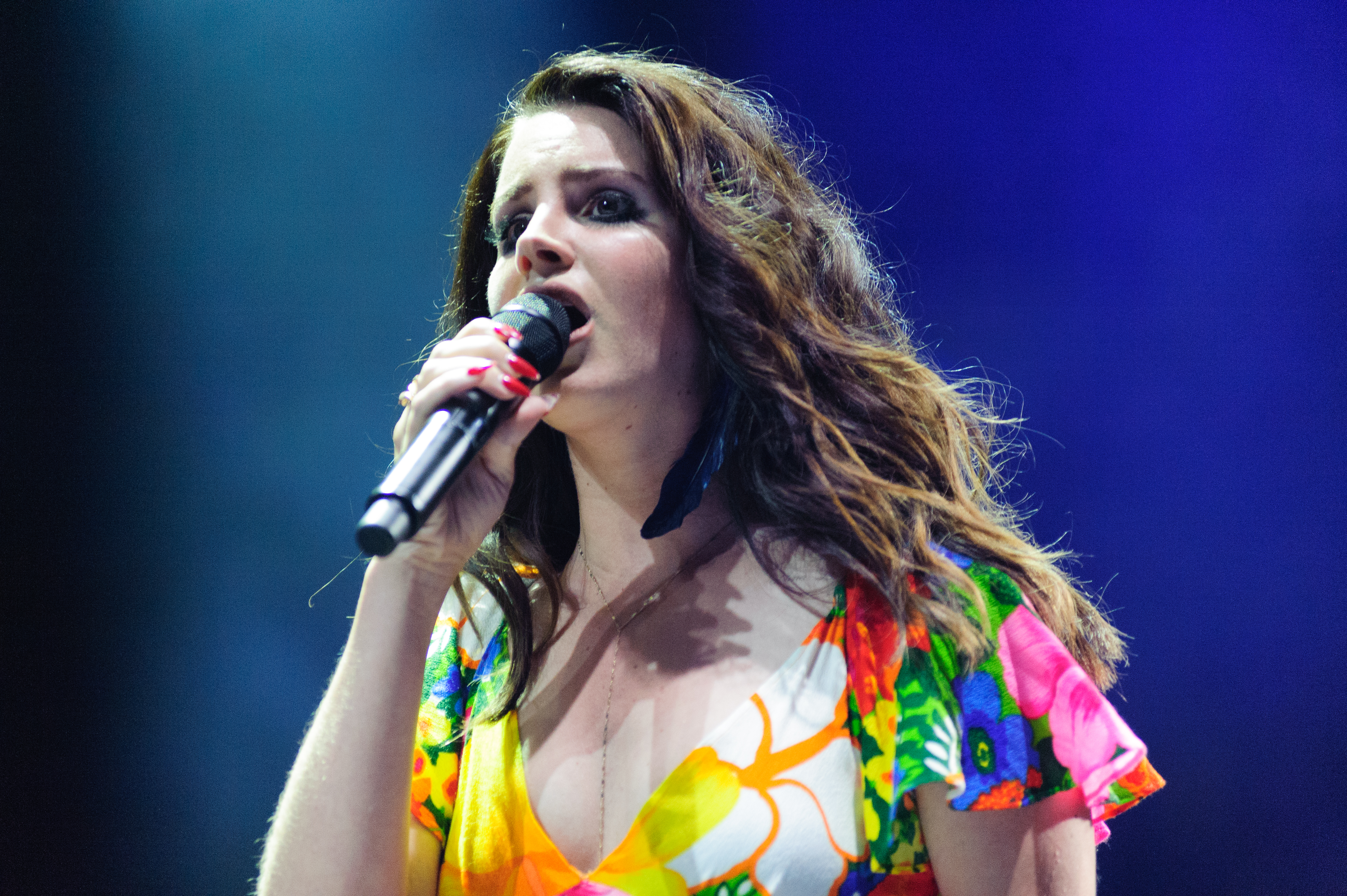 Lana Del Rey has recently released her much anticipated sixth studio album, “NFR!” on Aug. 30. Produced by Jack Antonoff and Del Rey herself, Del Rey maintains her right to critical musical acclaim with cinematic instrumentals and empathically charged vocals with songs, “Mariners Apartment Complex” and “Venice…” Additionally, Del Rey proves herself a notable poet with songs “Happiness is a Butterfly” and “How to Disappear.”

Melancholically framed themes of complex romance, contemplation of the past, immobilizing indecision and isolation melt melodically into imagery of careless days heated by a coastal sun and spending time riding fast in the backseat of a lover’s car. Del Rey’s album features a cover of “Doin’ Time,” originally from the opera “Porgy and Bess” but covered by Sublime in 1996. This track captures the spirit of fast-paced fun which lies in the backdrop of an easy-going summer. In juxtaposition, the tracks move through the chaos and passion of a relationship, from an expansive beginning to an explosive ending.

The first track titled “Norman…Rockwell” views a subject’s relationship with a “man-child.” The subject, with much self-awareness, critiques, “You’re fun and you’re wild / But you don’t know the half of the … that you put me through.” Coming from a well-experienced perspective, the subject finds themselves used to the emotional damage of male immaturity. The subject continues their critical judgement, “Cause you’re just a man / It’s just what you do.” The subject seems hopeless in this man’s inherent abilities to give an—expletive of choice—about their perspective. This man responds to the subject’s despondency in the situation with his “head in [his] hands as [he colors the subject] blue.” It seems like this man projects frustration with his own self onto the subject. He places the blame on them, and the subject accepts it: “You make me blue.” Yet this subject seems to have no intention of ending the relationship, “I just see it through / Why wait for the best when I could have you?”

In track eight, “How to Disappear,” the subject has been dulled to the tendency of men to be protective of their masculinity. They have faded into the background of a man’s life. Cutting their losses out they say, “All of the guys tell me lies, but you don’t  / … / And pretend that you’re still here / This is how to disappear.” Refrain of the namesake emphasizes the subject’s struggle to have their emotions acknowledged by their significant other and mirrors their own internal questioning of the validity of their feelings of invisibility and loneliness in their romantic relationships. Ending with, “I watch the skies getting light as I write / As I think about those years /…/ I’m always going to be right here.” Though they have lost some emotional comfort, there is still a kind of hope in knowing that there is loyalty in a life ahead with a partner.

Further, Del Rey paints a narrative of trial and error in her lyrical subject’s life. She represents an individual dashing to gain freedom from oppressive life situations linked to domestic violence, mental ailment and drug-dependency. In the track, “… it I love you,” the lyrics speak to the consequences of running from rampant life stresses. Del Rey sings, “… I moved to California‚ but it’s just a state of mind / It  turns out everywhere you go‚ you take yourself‚ that’s not a lie.” Chasing hedonistic, no-roots pursuits, Del Rey’s subject comes to the conclusion that nothing, not even a cross-country move, can impact their “state of mind.” Del Rey’s choice to add “that’s not a lie” affirms that the subject might have once thought differently. Maybe this serves as a lyrical warning to their past self, or even naïve listeners. Continuing on the thought of pursuits, the subject acknowledges that their reckless choices lead to even riskier consequences: “California dreamin’, got my money on my mind / Chances in my veins, running out of time.” Time here finds itself relative to the subject’s drug use. This lyric begs the question, is the subject running out of or running from time?

The release of this album has been timed closely to the start of autumn, a season which signals a period of impermanent transition to sharply cold days. This seasonal shift parallels the lyrical subject’s emotionally introspective search for hope in an individual sense. Del Rey, who has spent most of her career building an undeniable American-dreamland, adds to her discography a deeper critique of the American myths of freedom, money and power, and further expands her analysis on the position of American identity in the 21st century. Apparent in the title and song of the same name, Norman Rockwell’s name is interruptingly hyphenated with an expletive denoting frustration with the American painter’s framed platitudes of daily life, and stark patriotism. In an interview with Vanity Fair, Del Rey spoke on the title, “It was kind of an exclamation mark: so, this is the American dream, right now. This is where we’re at—’Norman … Rockwell!’”

Further, Del Rey incorporates zeitgeist words and phrases to highlight a dichotomy between American culture’s slang, and its looming background forces. Examples of this come from track 11, “The Greatest”: “The culture is lit and I had a ball / I guess I’m burned out after all.” Del Rey writes about being burnt out by the current state of affairs in America. With a sense of dejectedness in her voice, Del Rey sings, “If this is it, I’m signing off / … / L.A. is in flames‚ it’s getting hot / … / ‘Life on Mars’ ain’t just a song / I hope the live stream’s almost on.” This perspective is no doubt felt collectively through all Americans. Life’s intersections with social media, politics and climate concerns seems to pull humans in a thousand directions all at once.

In the aforementioned Vanity Fair article, Del Rey offers some solace to hectic life in this strange world, “To me, it’s hopeful, to see everything as a little bit funnier. The chaos of the culture is interesting, and I’m hopeful that there’s room for there to be some movement and excitement within it.” This is apt advice which even her lyrical subject follows. The ending track, “hope is a dangerous thing … but I have it,” at surface sounds dark but as it builds a conclusion of clarifying hope lies underneath. “Hope is a dangerous thing for a woman like me to have / But I have it.”

Alix Duncan is a second-year student majoring in women’s and gender studies. AD944380@wcupa.edu