100% of white people are 100% responsible for challenging racism 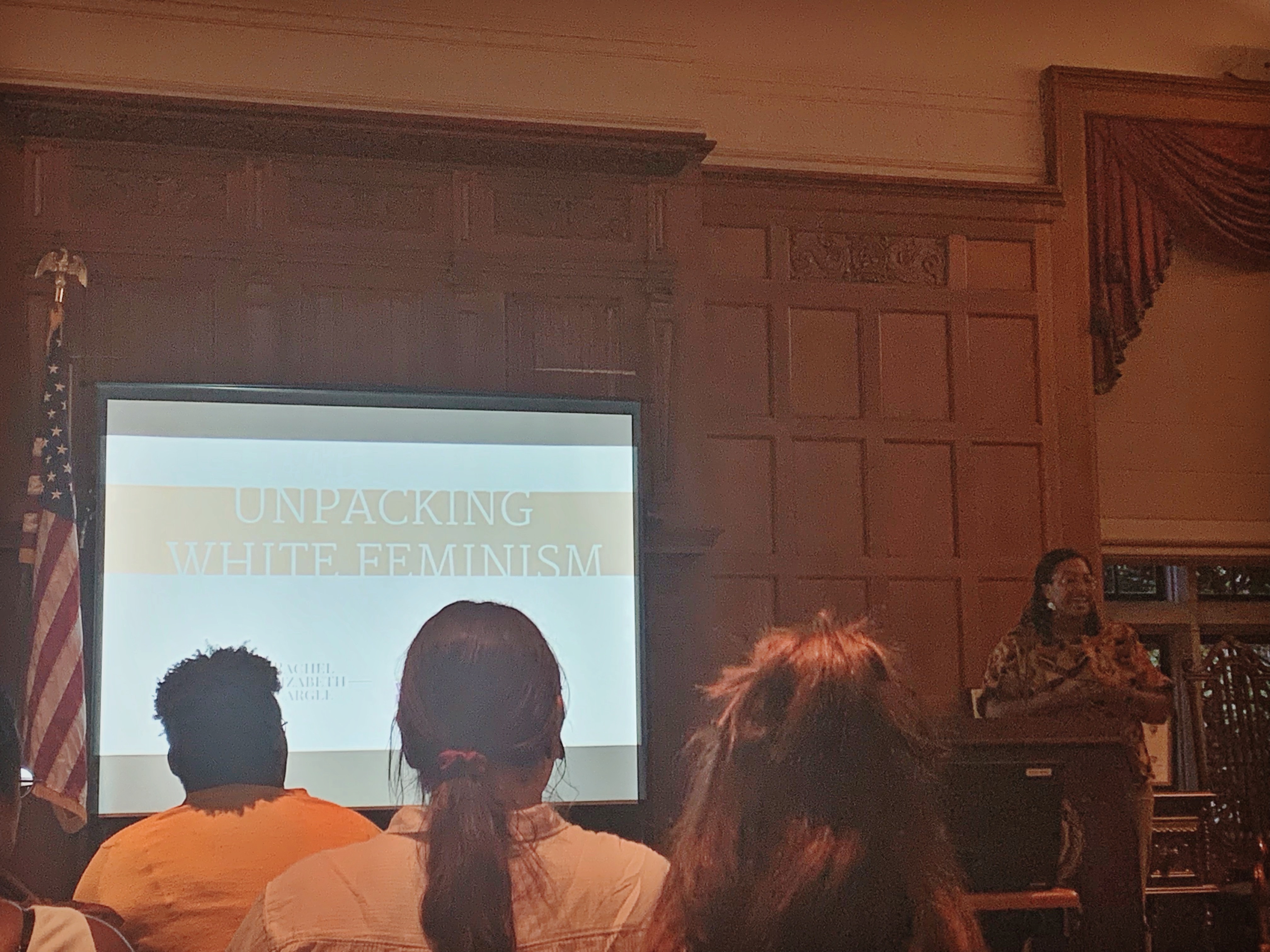 There are some things about the world in which we that live are not so much opinions or political beliefs as they are concrete facts. One of those facts is that we live in a systemically racist society. It doesn’t matter if you disagree, if you choose to be an ostrich and intentionally stick your head in the sand so that you can pretend you don’t see it. Racism is everywhere, even the places that we’d like to think are safe, such as within feminism.

While we like to visualize the feminist movement as sunshine and rainbows and strong women taking down the patriarchy a little bit each day, there is actually a great deal of racism that exists, and has existed, within feminism for years. In fact, the women we so often idolize and credit with paving the way for future feminists based their movement entirely on white supremacy.

Racism is everywhere, even the places that we’d like to think are safe, such as within feminism.

So while being a feminist definitely doesn’t mean you are immediately an overt racist, it means that you have to be critical of the way in which you practice your feminism and the way that you see it practiced by the people around you, so as to make sure you are actually fighting for all women. In the words of Ariana Grande, “It ain’t feminism if it ain’t intersectional.”

And as a matter of fact, if it’s not intersectional, it is racist.

Complicit racism is potentially the most common form of racism, yet is the most unlikely to be called out. It exists when a person who has privilege chooses not to utilize it in order to have conversations about race and racism and is thereby intentionally passive towards the struggles they know exist for people of color.

What is imperative to realize is that a “racist” can come in many forms. It’s not always the stock image that we have of racists that include various pieces of MAGA paraphernalia, confederate flags and the use of racial slurs. Racism can manifest itself in anyone not of color, even the people that we think are “nice.” This includes that white woman you work with who you know is a registered Democrat and has gone to every Women’s March since 2017, but is suspiciously silent whenever race becomes an issue. She’s technically a racist too.

Last Thursday, Sept. 12, online activist, writer and national speaker Rachel Cargle was the keynote speaker of the West Chester University Women’s and Gender Studies department’s 50th anniversary celebration. In her speech entitled “Unpacking White Feminism,” Cargle spoke for and on behalf of people of color, in order to hold white people accountable for the ways in which we perpetuate a system that benefits us and harms everyone else.

The overall message of her lecture was one that probably has a lot of people feeling defensive afterwards, but that must be spread. Feminism does not transcend or excuse racism in any of its forms. If you are not advocating for all women, you are not actually feminist, you’re a white supremicist, as you are whitecentering, or putting your needs above the needs of people who are not white, and ultimately silencing their voices.

In addition, Cargle drove home the notion that there is no white person who is excused from the responsibility of dismantling the system from which they benefit. If you are white, you are liable for the way in which you choose to participate in the dialectic of race. As members of a non-marginalized group who often claim to care for the rights and well being of all people, we need to be checking our privilege in order to actually become allies for everyone who is a victim of oppression.

While it might not technically be your fault that you are a white person, how you choose to handle your privilege and your position within our society is everything. During her discussion, a particular phrase that Cargle stated to all the white people in the room stood out to me. The phrase was, “If I am still suffering with the repercussions from what your ancestors did to my ancestors, then I am absolutely still holding you accountable.”

I truly wish that all people could hear this statement, as knowing and realizing its truth would ensure that white people are no longer privy to the ways in which we have so often been able to weasel our way out of conversations revolving around race, simply by claiming that we “aren’t racist.”

Complicit racism is potentially the most common form of racism, yet is the most unlikely to be called out.

Author and activist, Angela Davis, articulated it best when she said, “In a racist society it is not enough to be non-racist, we must be anti-racist.” Neutral and non-problematic do not exist. If you are complicit in any situation involving race and oppression, you are allowing people to suffer and die so that you don’t have to face any form of discomfort.

None of us are perfect. We’re all still growing and learning about the ways in which we have an impact on the world, through both what we choose to do and what we choose not to do. However, as we continue to learn, feigning ignorance and remaining apathetic for the sake of comfort becomes blatant racism.

100% of all white people are 100% responsible for challenging the racist system in which we live, no ifs, ands or buts about it, and ignoring our duty is no longer an option. So if we care about the safety of people of color the way we claim to, then we white people need to step it up.