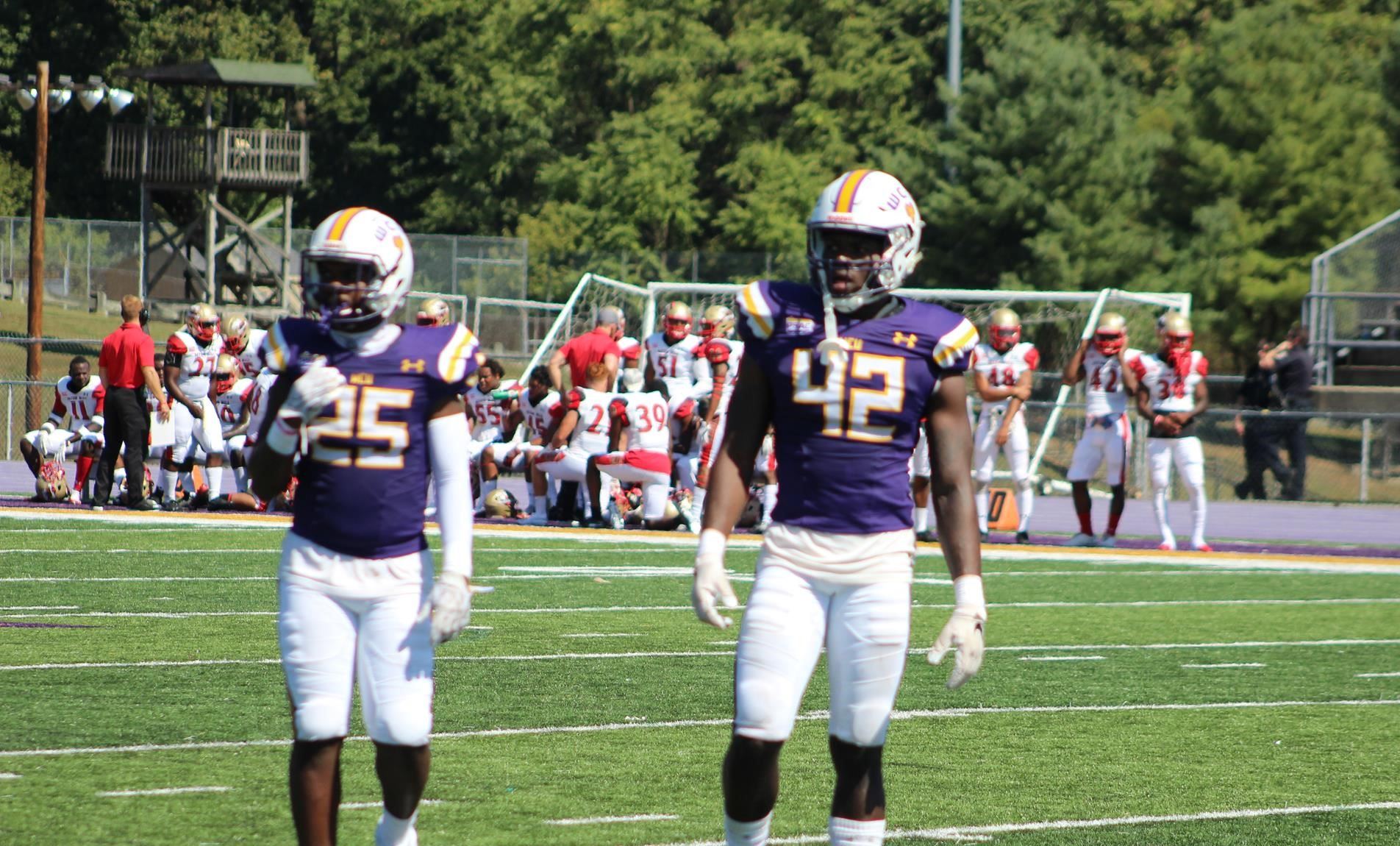 Dynamic duo Paul Dooley and Kenny Edelin put the Rams over Griffins  After an overwhelming 48-14 victory against Gannon last week, the Golden Rams returned home to play the Seton Hill Griffins at John A. Farrell stadium. With some still offensive plays by both teams, the Golden Rams defense set the tone with a tackle in the Griffins’ endzone shared by sophomore linebacker Rashon Wiggins and redshirt freshman Connor Munnelly. Following the Rams’ first break on the scoreboard, the offense took the torch in the second quarter and got hot under senior quarterback Dooley. With the momentum on their side and the Griffins on their heels, Dooley was determined to finish the drive with a score.

The Rams quarterback commanded the offense down the field with clutch plays like a fourth-down conversion to redshirt freshman Kenny Edelin. The conversion was followed by a slippery scramble by Dooley to get into the red zone and was capped off by a perfectly placed 14-yard strike in the back of the endzone to freshman wide receiver Seth Degree. This was Degree’s first career touchdown and what a time for it to come, putting the Rams up 9-0 in the early second quarter.

Seton Hill had what was thought to be an answer to the Golden Rams offensive drive but the hopes of a touchdown were stopped short by the hands of All-American safety Jarey Elder, breaking up a third down deep pass in one-on-one coverage. The deflection forced a pooch punt by the Griffins and resulted in a 19-yard return to midfield by junior safety Jordan Burney.

After settling for a field goal on the drive after, the Rams marched down the field once again under the reigns of Dooley. The Rams’ quarterback showed tricky shiftiness with a few runs up the middle to get the Rams knocking on the door of another score. With the first half coming to a close, Dooley found a wide open 35-yard pass to freshman Edelin for a walk-in score. This was Edelin’s first career touchdown that stretched the Ram’s lead to 19-0 going into halftime.

West Chester quickly picked up where they left off in the second half. The gunslinger mentality of Dooley was let loose when he fired a deep strike to senior wide receiver Lex Rosario onto the Griffins one yard line. A pounding run up the gut by redshirt freshman Ja’Den McKenzie extended the Golden Rams lead over the Griffins 26-0 in the third quarter.

The Golden Rams defense put the finishing touches on the shut out. Freshman safety Shamar Edwards picked off a Seton Hill pass in West Chester territory and returned it to midfield. A stacked Golden Rams defensive front had a field day against a less-experienced Seton Hill offensive line. With two fourth-quarter sacks by defensive tackles graduate Ch’iam Smith and junior Omar Peterkin the Rams defensive pressure and great secondary coverage secured the victory. The defense forced a total of three sacks, ten tackles for loss, and an interception.

The Seton Hill offense were in a torture chamber for all four quarters. They had a hard time getting passed midfield, only successfully doing so once in the first half. The West Chester defense could absolutely do no wrong and were too much for Seton Hill. We asked the defensive coordinator, Mike Furlong, about the dominant performance and if it is something that should be expected for the remainder of the season as it was last season.

“That is our standard. We worked so hard to get to that level last year. And even though we are young and trying to be patient, that is the standard we set. That is where we want to be at the end of this year, at the top.” He continued talking about the defensive front and how vital they are to the defensive game plan each week. “We play a lot of guys, seven or eight guys in there, but we saw a lot of guys getting to the quarterback, so it was nice to see it wasn’t just one guy.”

Along with the defensive, the biggest difference maker in the game was the dyad of Dooley and Edelin. The pair seemed practically impossible to stop, converting on several fourth down conversions and eventually taking it into the end zone. Dooley finished the game with 291 yards in the air and two touchdowns. Edelin had his best game yet with a career high six receptions for 104 yards and his first career touchdown.  The Golden Rams will move onto a 3-0 start to the season. Their next test will be back on the road against Millersville at Chryst Field at Biemesderfer stadium.