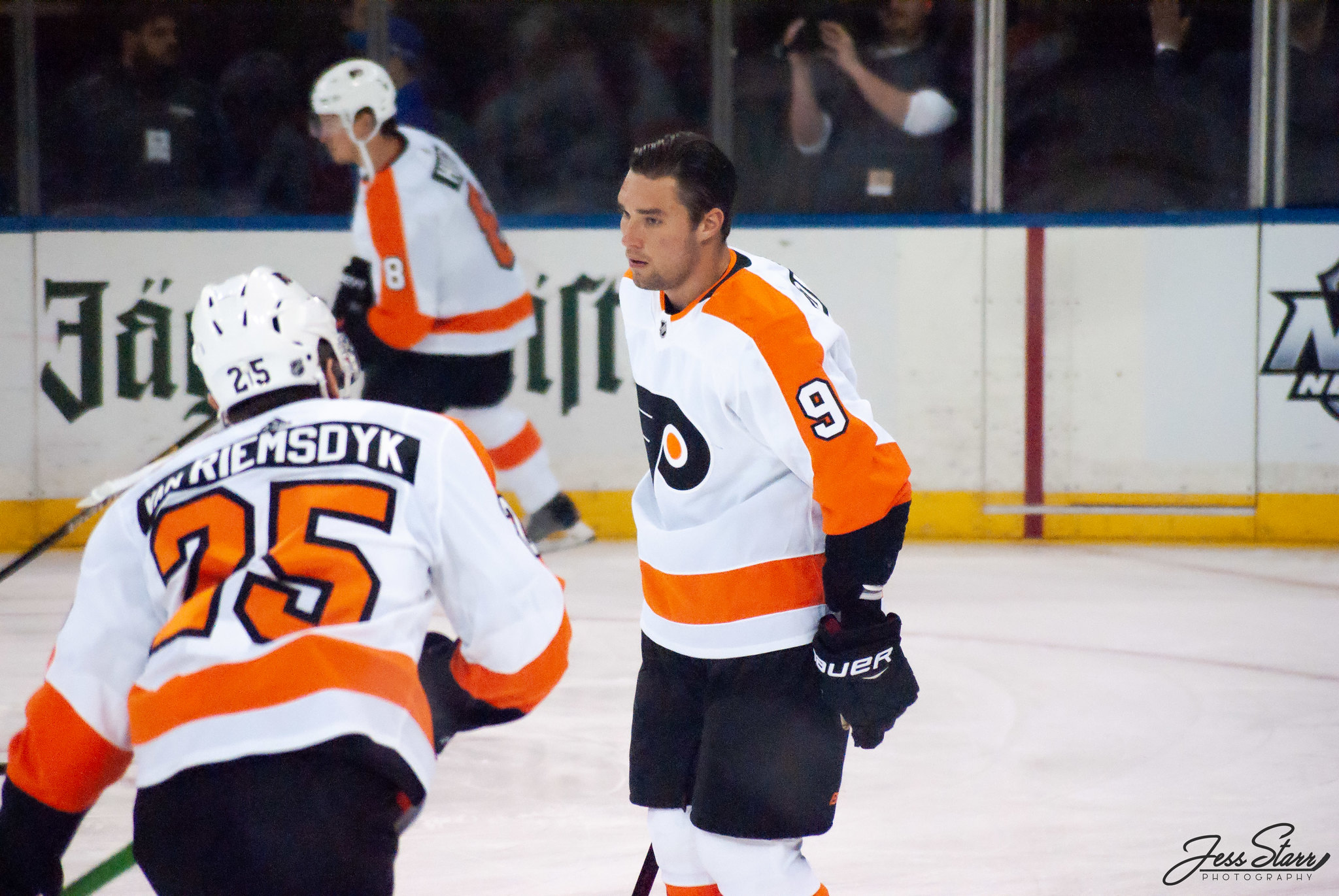 The Flyers training camp kicked off last week and this is a camp where we can see a lot of young talent with an opportunity to make the regular season roster. Top end prospects Joel Farabee, Morgan Frost and German Rubstov are eyeing for the final roster spot on the third-line wing. The Flyers recently signed their two Restricted Free Agents Ivan Provorov and Travis Konecny to six-year deals to lock them in long term. These two players are looked at by the Flyers front office as two cornerstone players for the future. Also, the front office brought in a big center Free agent Kevin Hayes to fill in the second line center position and add stability down the middle. Yet, it will all depend on the future start Goalie Carter Hart.

The Flyers front office and coaching staff have been preaching how excited they are for the new crop of young talent flowing through the system. There is a great chance that one of these young players makes the team and the one with the best chance is Morgan Frost. Frost played his last four seasons in the OHL for Sault Ste. Marie Greyhounds and dominated competition. The last two seasons he combined for 221 points in the last two seasons and was the top of the league in points scored. He is a small offensive weapon that could rejuvenate the flyers offensively and bring a flashy spark. Joel Farabee, who the Flyers drafted in 2018, spent last season playing for college juggernaut Boston University. He did not put up the numbers like Frost but brings the type of talent to the table and also the size as well. He has a knack for put the puck in the net for his age. He will most likely start in the AHL but still can find his way in the show later in the season. German Rubstov, who was drafted in 2016, has had an up and down junior career but really stepped up last season in the AHL before getting injured.

The day training camp opened, Flyers star defenseman Ivan Provorov signed his new six year, 40.5-million-dollar contract. Provorov, coming off a down year, is still viewed as the Flyers top defenseman and is in line for a comeback year. His two-way ability to be strong on the puck defensively and ability to move the puck offensively is what makes him so special. Also, Flyers Forward Travis Konecny reached a deal as well for six years, 33-million-dollar contract. Konecny is coming off a career high in points with 49 and is ready to be a focal point in the Philly offense. Flyers Genreal Manager Chuck Fletcher said, “We are happy to have Travis under contract for the next six seasons. Travis has shown progression in each of his three seasons and is an integral part of our group of young forwards. His speed, skill and tenacity sets him apart in today’s NHL.”

The main acquisition for Philadelphia this offseason is big centerman Kevin Hayes. Hayes is coming off a 55-point season with both New York and Winnipeg after being traded to the Jets for a first round pick. Hayes is coming into this season with high expectations after signing a big contract. He will most likely center the 2nd line with Voracek and van Reimsdyk which could set up career years for all of them.

Finally, the man-of-the-hour who had so much hype going into last season. The goaltender that this city has dreamt for since Bernie Parent and Ron Hextall. The 21-year-old sensation Carter Hart is entering his first full season and is set to be the Flyers starting goalie for the 2019-20 season. Hart surprisingly got the call up to the show after so many injuries to Flyers net minders last season. When Hart got thrown to the fire last season he didn’t back down and answered the call. He showed the fans why the wait for this kid was worth it with his quick ability to move post to post, his form and posture to always stay in position and his grade A personality that is infectious within a locker-room. He finished last season with a record of 16-13-1, a GAA of 2.83 and a save percentage of .917 in 31 games. It’s a little early in his career to say he is a Venza candidate this year but down the line he will be a shoe in.

In conclusion, this Flyers season looks like a better outlook than the previous season, but I am still not in love with this team. I still question the depth upfront and weather the young players can step up, how will the players react to a new system with a new head coach and how the goalie situation works out. It’s still going to be interesting, but I still think the Flyers miss the playoffs again by accouple spots.

Connor Gabe is a third-year student majoring in economics and finance. CG864458@wcupa.edu