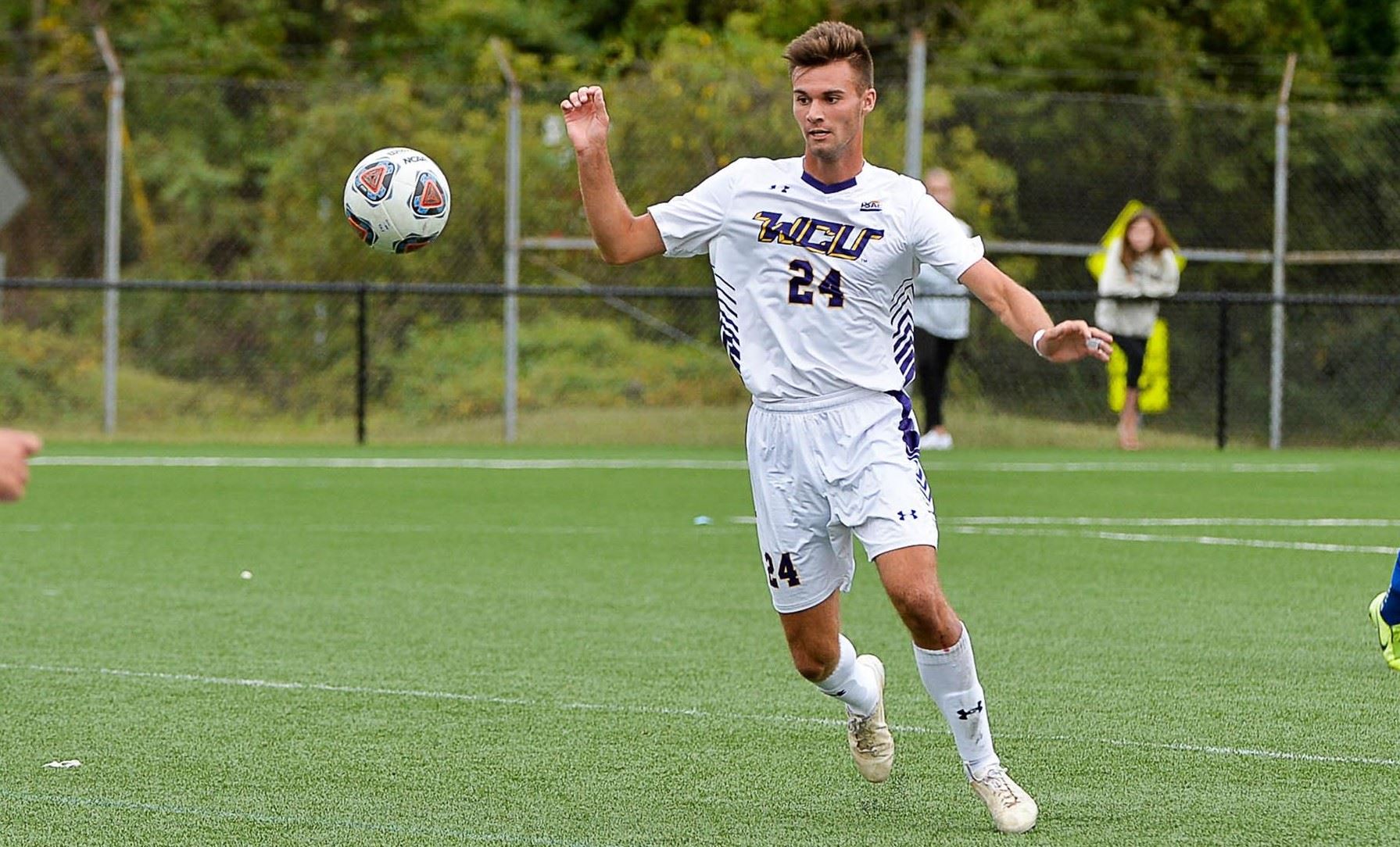 The Golden Rams break a 12-year tie with a 1-0 overtime thriller against Lock Haven University in the home opener.  The Rams are off to a 4-1 start and gaining momentum quickly.

On Saturday, the West Chester University Golden Rams took on Lock Haven University. Historically, it has been about as even as a match up as possible.  Dating back to 2007 the two schools have a split record at six wins a piece in the 12 times that they have met.  The only outlier being that between the two teams, West Chester has only been able to win once at home when facing Lock Haven (1-5).

The game started out fast as the Golden Rams were able to score two minutes into the game.  What seemed like a promising sign quickly turned around when amid celebration the refs called back the goal due to offsides.  This would be the only time during the entire game that the ball got past either goalie in regulation.

Sean Thompson got himself involved in a physical play as the refs blatantly missed an out of bounds call that did not touch Thompson’s body.  West Chester University Coach Michael Benn tried to state his case to the refs as it began to feel like the officiating was extremely one sided.

“I think the support of the fans and everyone who came out to support the team today played a big impact on the result.  We were all fired up to go and get a win in front of our home fans and especially during the home opener.  A few hard days of training helped us to be prepared to play that talented Lock Haven Team,”  said starting freshman goalie for the Golden Rams Daniel Goode, who has been a big part of the Rams early success this season.

With 10 minutes left in the first half, no. 12 Matt Stevenson shot at Lock Haven senior goalie, Camden Cook, who was forced to make an acrobatic save to ensure the game remained tied going into halftime.  He was kept busy the entire first half as the Golden Rams dominated the field.

The second half started out a lot like the first as Doug Goitia stormed down the field and forced Cook to make yet another impressive save. Number 8 Josh Daniels followed with a strong kick that was deflected.

West Chester struggled to get scoring leader Goitia going as it seemed he was being covered by two opposing players at all times.  He is a proven impact player, and his presence echoes in every single play.

With just 15 minutes left in the game no. 21 Craig Potts made an amazing defensive play to prevent Lock Haven from getting a shot.  Potts, along with help from no. 4 Colin Muller kept Lock Haven out of the shot column for the entire second half.

Thompson (with just under five minutes left in the game) finally had an opportunity to get the ball to the back of the net, but Cook was yet again able to make another huge stop. Then with under three minutes to go, the Rams received the break they needed which presented itself in the form of a free kick from short range.  Anticipation rose, but sadly all fell short as the goal was not made, and the game was forced into overtime.

In the second half of overtime with only two minutes remaining, no. 24 Shane Hartey was finally able to seal the deal with an amazing header goal. The Rams ran to meet each other and immediately dog-piled in celebration as they move to a 4-1 record for this season.

Goode went on to say, “The key factor in securing the win today was that we all had the belief that we were going to find a breakthrough sometime in the game like we always do.” The breakthrough they were waiting for came like it always does, according to the Golden Rams goalkeeper Goode, who was able to obtain yet another shutout in his early career.

On Sept. 24, the Rams go to Philadelphia to take on Tigers of Holy Family University. Fun fact; In the past two matchups against HFU, the Golden Rams have dominated 11-1. They will look to continue their dominance on the field this Tuesday.

Raysean Hagins is a student at West Chester University. RH870995@wcupa.edu

Aidan Freud is a student at West Chester University. AF848353@wcupa.edu

Bre Cura is a student at West Chester University. BC902453@wcupa.edu