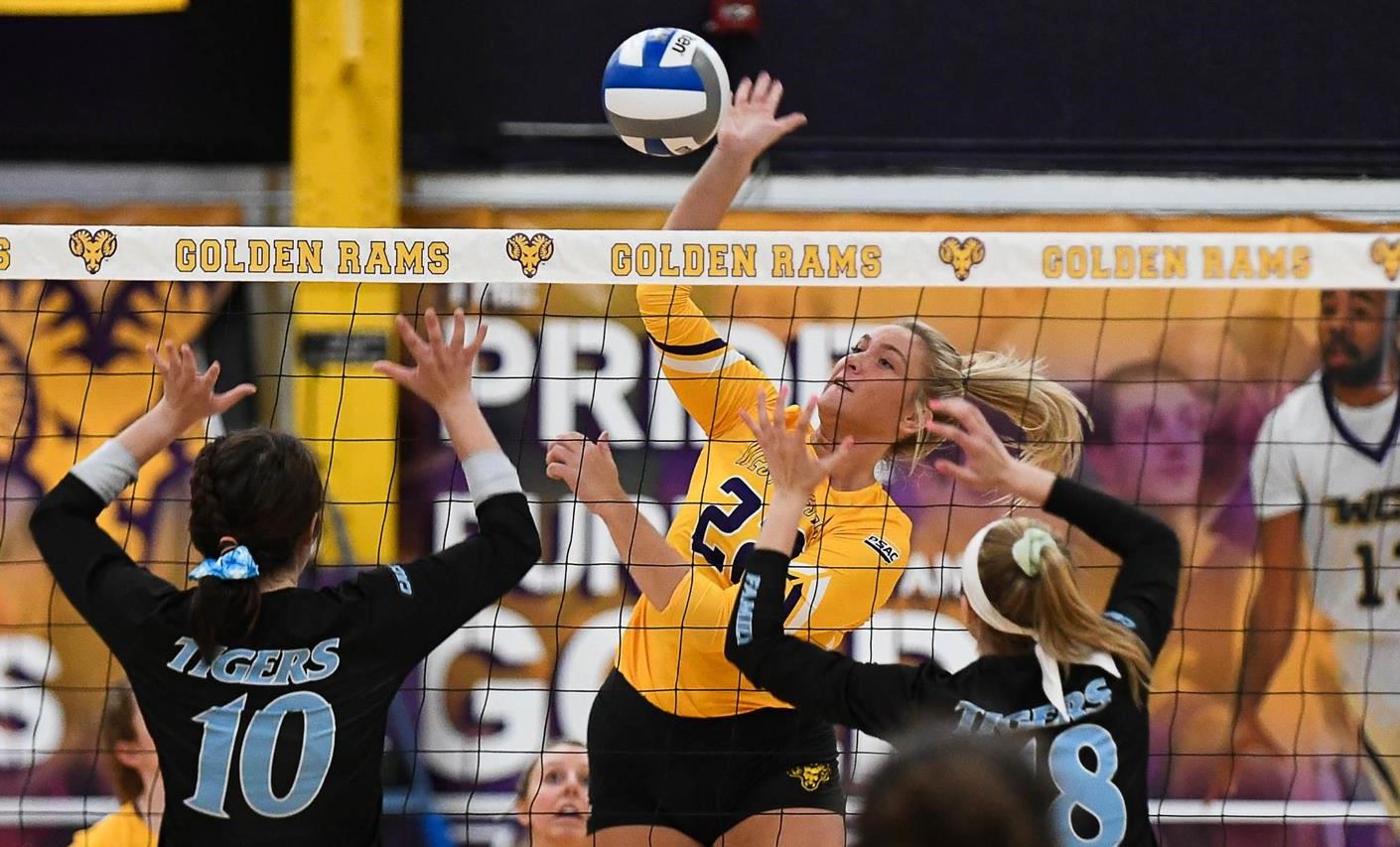 The upcoming volleyball season is set to be an exciting one. Last year’s Golden Ram squad finished with a record of 21-10, falling just short of a spot in the PSAC tournament. However, the Rams will take that motivation into this season as they search for a spot in the NCAA field.

The Rams were ranked fourth in the preseason poll, but the projections aren’t enough, expectations are much higher. “The poll has no bearing on the outcome of the season,” said Coach Bellaver. Once the season starts, last year’s results are thrown out the window, and all teams start a fresh year with sky high hopes.

The young rams teams will have a lot to live up to with them being slotted for fourth in the PSAC. “This year we are a young team, but our sophomores, including Grace Whitney, Julia Vreeswyk and Sarah Polacek, are experienced having played as freshmen,” said Bellaver. Though young, the Rams have a lot of potential. With the returning sophomore Grace Whitney at middle blocker, “She will be a force at the net defensively and offensively as a .300 hitter. She is a leader and a go-to girl,” said  Bellaver. Not to mention the veteran grad student Shayne Whiteman at Libero – with her backcourt dominance, she will be the glue that holds this team together. Though young, the Rams have great potential and enough returning talent to be a real danger this season.

Despite the departure of dominant upperclassmen Jillian Grammer, Nicki Yates and Allie Duffy, Coach Bellaver maintains high expectations of her second year players. Returning as sophomores with a full year of experience under their belts, this new core looks to improve on a season in which they came up short. Failing to qualify for the PSAC tournament, WCU is placed fourth by a recent PSAC preseason poll. When asked for an opinion on this placement, Coach Bellaver was adamant that no poll will have any impact on the season or their attitude towards the season. Despite these placements and last season’s shortcomings, the team maintains their attention towards their goals of not only a PSAC championship but to take it to the next step and qualify for the Field of 64.

The Rams have five home games to start the season, followed by the Millersville tournament. With the home court advantage, the Rams should have ample time to establish a winning culture on their home court before they are forced to go on the road. With last year’s statistical leaders now gone, that being Jillian Grammar, Nicki Yates and Allie Duffy, the Rams will have time to establish the new leaders before they are forced to go on the road. The Rams will start their 2019 season on Sept. 6 with Ram Fest where West Chester University will host Goldey-Beacom College, Holy Family University and Pace University.

The Rams have the talent to make this year a good one. With a good balance of experience and youth, the team will certainly be ready to make a run at their season goals. West Chester University has developed an attitude that stems down through all sports – and volleyball is no exception. Perhaps the most important part of the season will be how well the team can come together when it matters most. Coach Bellaver has the team buying into one motto that derives from the Athletic Director, Terry Beattie, who states, “Individually we’re good, but together we’re golden!”

WCU faces off against the University of The Sciences on Tuesday, Sept. 10 at 6PM. The team then travels up to Millersville for the Millersville Tournament.

Dan McCartin is a third-year student majoring in management with a minor in journalism. JJ844004@wcupa.edu

John Delaney is a student at West Chester University. JD876695@wcupa.edu

Mitch Lewis is a student at West Chester University. ML868739@wcupa.edu

Clare Brown is a student at West Chester University. CB853469@wcupa.edu