Quidditch is dead and WCU killed it 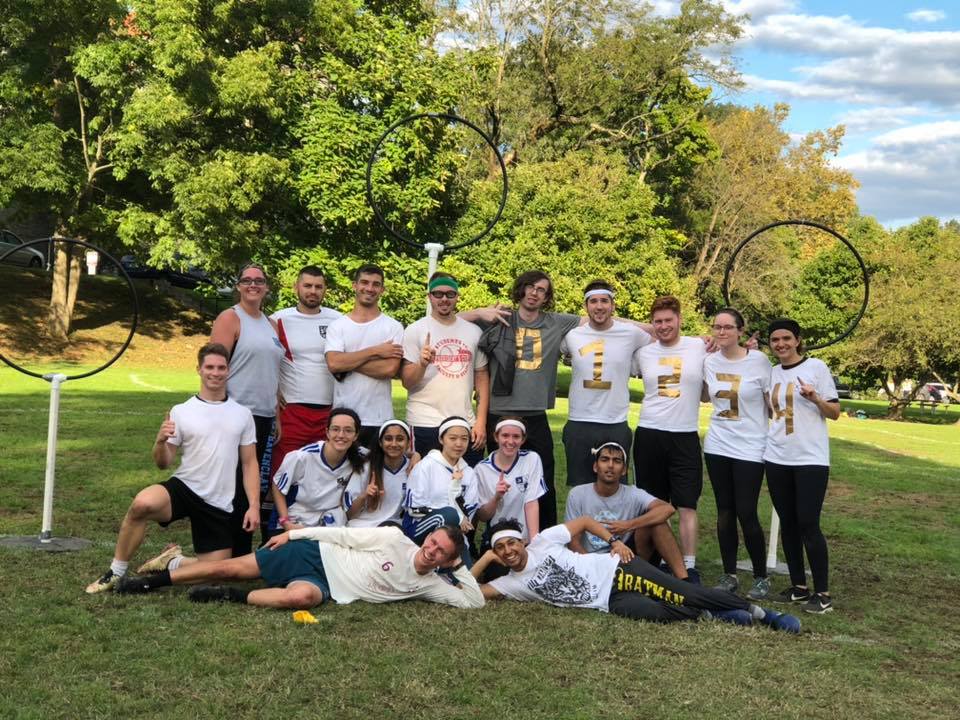 Yeah, you read that right. Here’s the story of how the student body killed West Chester’s most compelling sport: Quidditch.

While avid readers of the Daily Prophet most certainly know what Quidditch is, perhaps others are shaky on their wizarding knowledge. Remember that sport they played in Harry Potter? The one where they rode on broomsticks trying to catch some gold fly buzzing around? Oh yeah, that one! That’s the exact same thing we used to have—you know, without the flying around on a broomstick part.

Former president and founder of West Chester Quidditch Diane Desmond describes the game as “a contact sport like rugby but with a broom between your legs.” On an average team, there are anywhere between 7 – 14 players, occupying positions like keeper (ie: goalie), seeker (ie: the person who chases the gold thing the whole game), chaser (ie: offense) and beaters (ie: defenders).

The chaser’s objective is to get a brown ball past the beaters and through the metal hoops held high above the ground. Here’s the best part: Muggle (that means human, or non-magical) Quidditch means that, since we aren’t magical, we need to find a way to represent a snitch that isn’t some futuristic golden circle floating around with teeny, tiny wings…and thus, the human snitch was born! Dressed head to toe in yellow, the person playing the golden snitch is an impartial party who agrees to run around the field with a—you guessed it—yellow sock on their back. The seeker who grabs the sock earns their team 150 points. That’s literally the best thing I’ve ever heard! I can’t believe we let this die!

Advertised as a contact sport with less commitment, Quidditch held practice about once every two weeks. Other universities are absolutely obsessed with Quidditch. In fact, Chestnut Hill College students are such Potterheads that they hold Quidditch tournaments and transform their town into Hogsmeade, a village in Harry Potter that’s located outside of Hogwarts School for Witchcraft & Wizardry. Desmond described the team’s 2014 Quidditch tournament at Chestnut Hill College as “Crazy!” and said that “Some people go really hard. Our team was like, ‘Oh my god, these guys are really scary.’”

So here’s my thing: I’m not really sporty. The most “sporting” I’ve done was cheerleading when I was 7. I joined for the candy they gave out after practice, and promptly quit upon realizing this policy would not be upheld the following year. I wouldn’t be good at a contact sport because I have zero muscle mass, the lungs of an 80 year old smoker despite only being 21 and having never smoked, and I don’t like sweating.

All of this is to say: I’m not running unless my life depends on it. But, to know that there was a club that actively brought a little magic into this land of Muggles is actually pretty amazing. I might not be good at sports, but if I had the chance to dress up as a golden snitch, you can bet your bottom dollar I’d be on that field in no time.

With such an increasingly crazy world, I think we could all use some more magic in our lives and even though this club only lasted four short years, I definitely think they brought some extra magic to this campus. Now, after discovering its existence, I can feel the loss of magic in the air. Afterall, what’s a better stress reliever than a little magic?

Perhaps we could think of some spells to tide us over until this club returns. I’m looking at you, Harry Potter club. Bring this back!