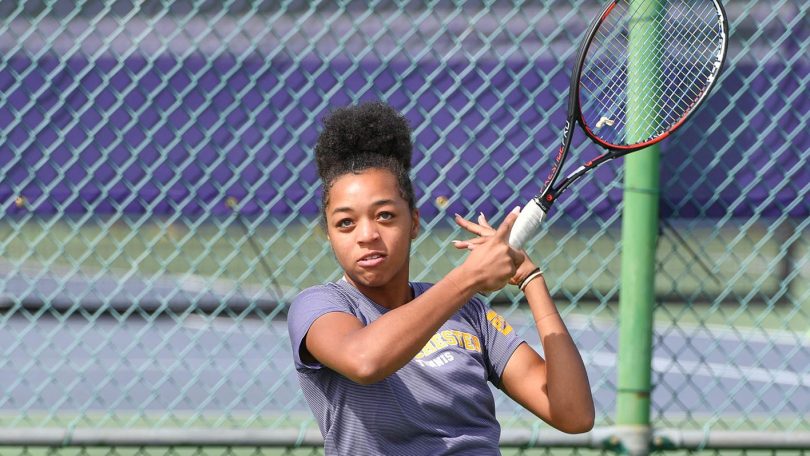 WEST CHESTER, Pa. – The West Chester University women’s tennis team closed out the 2019 regular season on Saturday by welcoming the 2018-2019 Mountain East Conference (MEC) regular season champion University of Charleston for a match at the South Campus Courts. The Golden Eagles, the No. 2 team in the Atlantic Region and the 49th ranked squad in the Oracle/ITA DII Women’s Tennis Ranking, defeated the Golden Rams 7-0 despite some great individual efforts by the home team.

West Chester ends the regular season with an 11-6 overall record and will head into the Pennsylvania State Athletic Conference Championship as the top team in the east after going unblemished (5-0) in divisional play through the 2018-19 campaign. On the flip side, Saturday’s victory marks the sixth straight for Charleston to bring their regular season record to 21-4 overall.