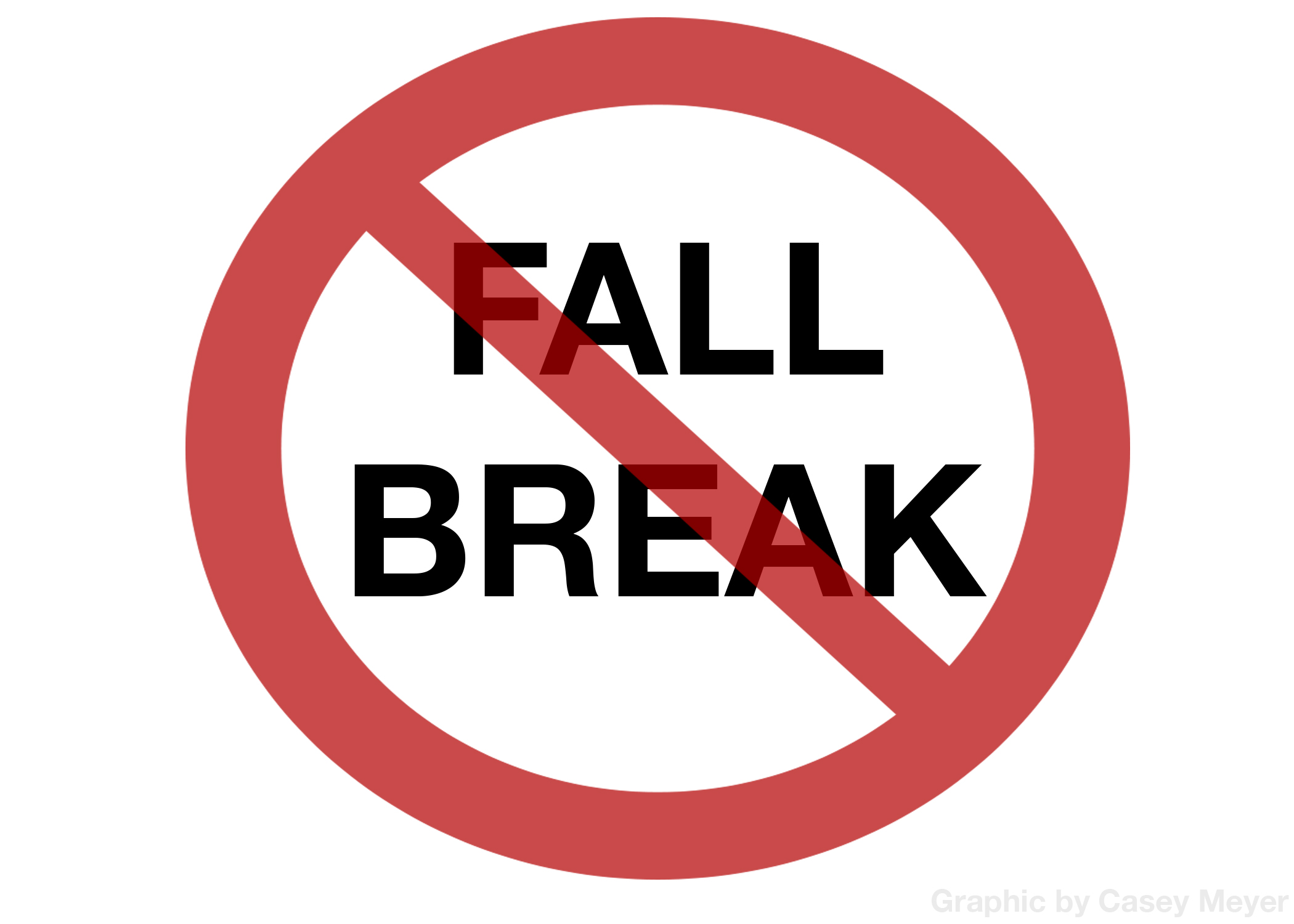 For the first time ever, West Chester University has chosen to eliminate its fall break in mid-October and instead, extend Thanksgiving break to a week off.

Although it’s a fairly big change for the school, WCU is not the first college to make this decision. University of Missouri-Columbia does not have a fall break, nor does University of Maryland College Park. Some, on the other hand, still do, like George Washington University and American University.

This mix of ideas regarding breaks in the fall and around Thanksgiving among colleges sparks some debate about whether or not it’s better for students and faculty to have two shorter breaks–one long weekend in October and another long weekend in November for Thanksgiving—or to have no break in October and a full week off in November for Thanksgiving. WCU’s reasoning behind this decision is unclear—whether they found it to be more beneficial for students, the staff or the administration and how or why. Students and faculty at West Chester University have shown a variety of responses to this change, making it a fairly controversial topic.

“Possibly, a survey should have been available to gather data and opinions prior to making this sweeping decision that affected so many,” said an English department faculty member.

“I think it was an interesting idea but proved to be too overwhelming for a lot of students,” said WCU student Kelly Conti. “I’ve definitely been reaching out for help more as my stress levels rise. I think not having a break until Thanksgiving is pretty daunting. Many people I’ve talked to seem to have increased anxiety this semester, which could be due to the elimination of the break. Personally, I benefit from two smaller breaks, rather than one large one,” she said.

“After homecoming, it was strictly exams and papers before the week-long break,” said another WCU student, Chris Sheehan. “I think a week-long break is nice, but that long week of agonizing studying the week prior is definitely not fun.”

“I see a lot of students stressed out because they didn’t have the break or have an opportunity to go home for a long weekend,” said the faculty member. “Faculty also are stressed, since the [fall] break gives them an opportunity to catch up on work, grade papers and prepare for the rest of their semester. I am looking forward to the Thanksgiving break, but it is so late in the semester that I don’t feel it is as effective as the fall break in October would have been. I hope it doesn’t affect students’ grades, but it wouldn’t surprise me if it does.”

Furthermore, staff members at WCU’s Counseling Center also found this change to be harmful to students’ mental health—and potentially their academic success. “We don’t have any data; this is the first year that the fall break wasn’t around, so I can’t speak from a factual perspective and say, ‘Yes, there’s absolutely a correlation,’” said alcohol and other drugs therapist of WCU’s Department of Counseling and Psychological Services Katie Bradley, “But there has been an uptick in the crisis appointments in our counseling center, and in the severity of presented issues. Definitely, as far as stress goes presenting issues for the Counseling Center, it was mentioned that not having fall break has contributed…and we’ve collectively discussed it as a staff in the Counseling Center that students have expressed to us discontent with not having the break.”