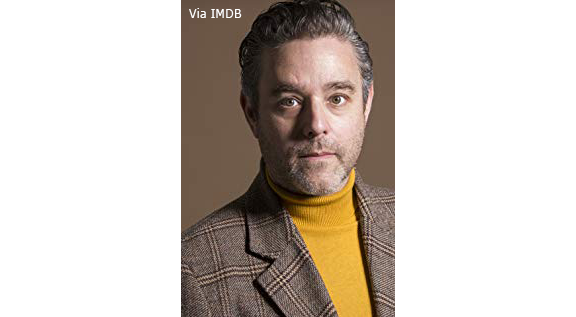 Welcome to Cinematic Essence, where I critique both contemporary and classic films, and discuss how they utilize narrative and mise-en-scène elements to facilitate unique experiences. I avoid spoilers when discussing recent films.

In the spirit of Halloween, I chose to review a horror film this week. I briefly rummaged the web for recent horror gems and settled on IFC’s “Ghost Stories.” The film is based on an English stage play of the same name and is written and directed by Jeremy Dyson and Andy Nyman. “Ghost Stories” recounts the exploits of a skeptic professor who inspects and debunks alleged supernatural occurrences.

Early in the film, we see that professor Goodman (Andy Nyman) has a strong and justified contempt for all that he deems superstitious. His life’s work — which he pursues by penning books and hosting a television program — is to save people from irrational fears. The conflict begins when an ex-skeptic informs Goodman of three apparently unsolvable cases. Goodman then examines each case and “Ghost Stories” becomes an anthology film. From this point, the narrative structure becomes rather predictable: Goodman visits a victim, hears his story, gathers additional information and moves on to the next victim. Although the three stories never fail to provide chills, I found them decreasingly suspenseful. The first one is incredibly claustrophobic and contains the most jump-scares, and makes the following two tales seem slightly anticlimactic in comparison.

“Ghost Stories” continuously journeys toward the surreal. Initially, the film is shot as home-made footage of a family gathering. The lens later widens, and the film begins to resemble a documentary as Goodman breaks the fourth wall, like any documentary host. The ambience then gradually decreases in realism, mounting up to a conclusion almost as surreal as that of “2001: A Space Odyssey” or “Eraserhead.” Some critics have called the ending generic. Nevertheless, I found the conclusion appropriate, surprising and masterfully executed — perhaps only because I am a newcomer to the horror genre.

Although the film is brimming with classic horror motifs, its “human element” is at the heart of the narrative; its most macabre features emphasize the all-too-real anxieties, fears and regrets that permeate the human condition. Numerous patterns — images, colors, objects and numbers — are apparent throughout the film and string the separate storylines together, although I failed to notice several of them on my first viewing. If audiences pay close enough attention, they will gain a deep appreciation for the immense attention to detail in “Ghost Stories.”

It is difficult to judge acting in a film with such animated, eccentric characters. The performances seem rather demanding, and are skillfully realized by the cast. Alex Lawther’s performance—that of a tortured, weak-willed teenager—is strikingly eerie. The film could, however, have profited from some additional representation (it is a bit heavy on the male side).

The film makes inventive use of cinematography, especially during its most ominous scenes. During much of the first tale, shots are lighted dimly around the corners and the camera pans slowly, giving audiences the impression that anything could be lurking around the edge of the frame. Throughout the film, nearly indistinguishable shapes — blurry faces and other creepy imagery — are carefully placed on the frame to illustrate the movie’s tagline — that “the brain sees what it wants to see.” The clever use of color and lighting results in beautiful and haunting visuals. Countless stills from the film are remarkable enough to be framed and hung.

Both audiences and critics have pointed out that the scary scenes in “Ghost Stories” pay homage to Amicus Productions films from the 1960s. However, I am not familiar with those films and thus find the horror in “Ghost Stories” somewhat overly reliant on jump-scares. Supported by traditionally spine-chilling sound effects and a few rapid cuts, the jump-scares are often easily foreseeable. Nonetheless, those sequences are brilliantly filmed and adequately administer shocks. Another small gripe that I have with the film is that every now and then, its presumably low budget (I could not find a specific sum on the web) is clearly visible. One such moment occurs when a character awkwardly flies backward after being shot.

“Ghost Stories” is ideal for fans of recent A24 horror films like “Hereditary,” “It Comes at Night” and “The Witch.” Like those three films, “Ghost Stories” focuses on life’s true horrors and uses paranormal phenomena as a means to explore such realistic fears, specifically: family tragedy, superstition, regret, acceptance and choice. Some viewers will certainly be irritated by the third act and the film’s frequent use of jump-scares, but I believe that most horror fans will enjoy “Ghost Stories” — especially near Halloween; the perfect time of the year to catch up on some missed horror gems.