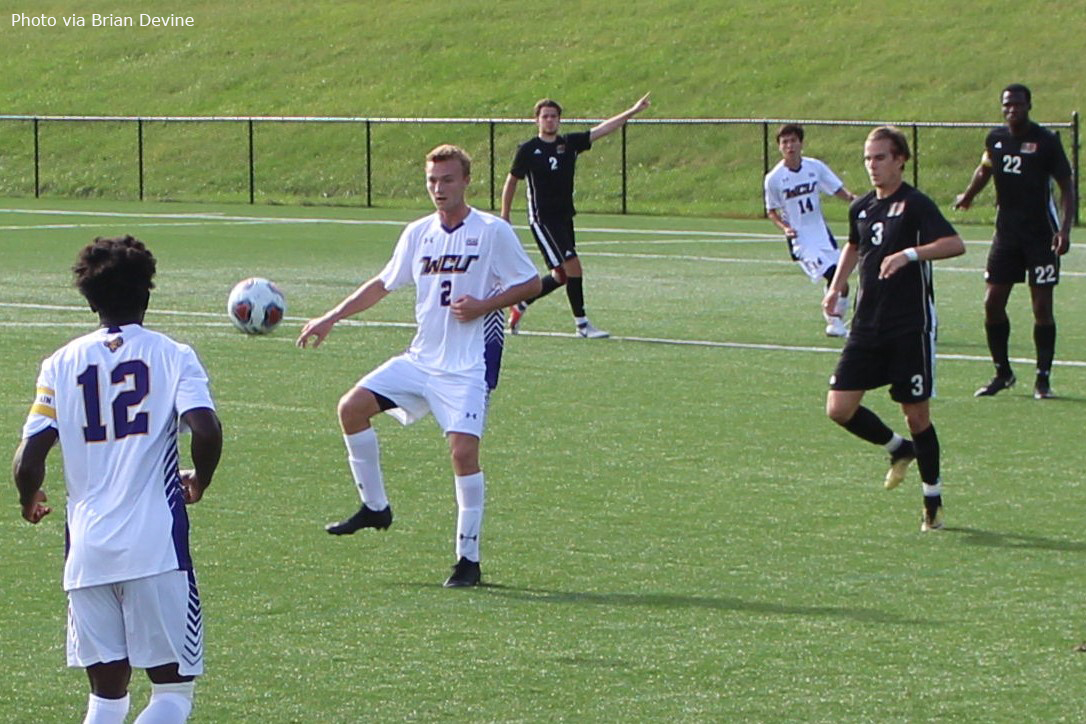 In a deadlocked 0-0 tie at home on Tuesday afternoon against the University of District of Columbia, West Chester Midfielder Kyle Hoops kicked the game winning goal in overtime that sent the Rams home victorious. Hoops said that the assist, which was a long cross field kick by Brett Miller, put him in excellent position to score the winning shot.

Once the goal was scored, the team erupted in celebration on the field. Head Coach Michael Benn felt relieved after experiencing the tense overtime match. “One thing I know about my team is that we have a good team spirit and that we’ll show up and compete,” Benn said. “It’s the foundation of who we are as a team and as a program. We care about being successful. We care about each other.”

During regulation, West Chester missed several opportunities to score. One of their best chances was a shot by Stephen Thompson that hit the post with less than two minutes left in regulation. Seconds later, a header by Andrew Slater missed high.

“I think part of it is we got a little unlucky,” Hopps said about the Ram’s offense. “We just got to be a little more clinical in front of the net, and it will come.”

Benn also gave credit to the University of D.C for playing excellent defense. He pointed out that they are a tough opponent, who beat West Chester 1-0 last year.

“They have some very dangerous players,” Benn said. “They did a good job getting numbers around the ball. They certainly present problems.”

West Chester’s defense was stout the entire afternoon, shutting down D. C.’s offensive attack.  Goalkeeper Will Marshall made four saves, including a pivotal one during the first minute into overtime to keep the Rams alive. “I think we are a good defensive team,” Benn said.  “If we can find a way to score some early goals in games, then teams are going to open up and come at us. We have a chance to start winning these games 3 or 4 to nothing as opposed to going into overtime. “

The Rams carried their momentum into Friday’s game against Pittsburgh-Johnstown. The Rams offense exploded during the 4-0 win, just like Benn believed they could do. Forward Doug Goitia scored three of the goals, while Nick Jachwak scored one.

During their first seven games, the Rams  have shutout their opponent five times. The Rams record is currently 4-1-2, and they sit atop the standings of the Pennsylvania State Athletic Conference.

Brian Devine is a second-year student majoring in economics and finance. ✉ BD884861@wcupa.edu.