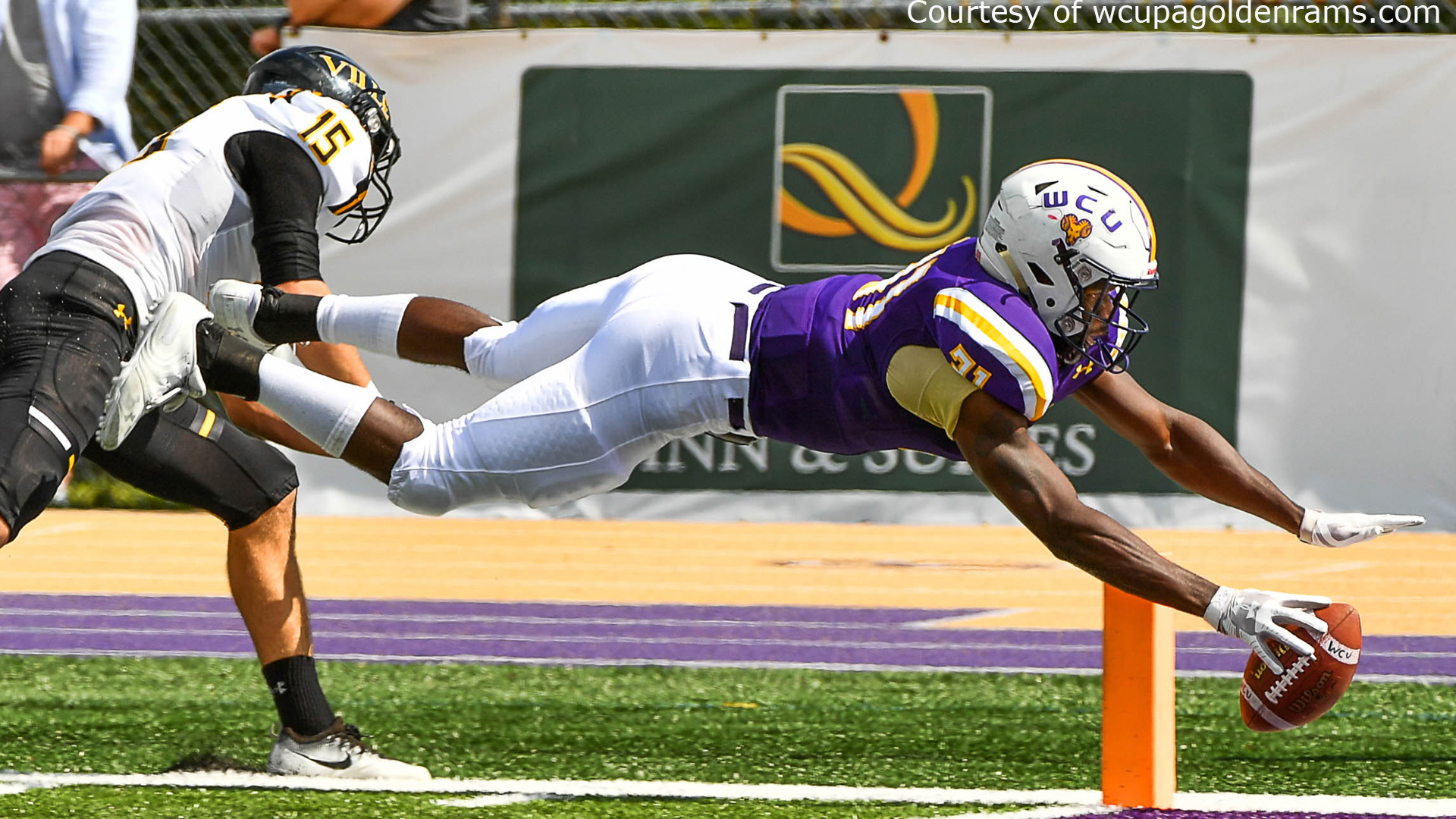 Hard to believe that we are at the quarter mark of the regular season already, but it is looking like a dominant one so far for the Golden Rams. The team received massive praise and support from several fans in attendance during Saturday’s 42-16 win against Millersville,  and it is safe to say they were more than pleased with the way the Golden Rams handled business on their home turf.

After a less than desired start by the offense which included an interception thrown by quarterback A.J. Long, the offense opened up later in the first quarter with a 35 yard scamper into the endzone by senior running back Mark Dukes. Long redeemed himself with a nine yard pass to wide out sensation Rasheem James for another score shortly after. The momentum kept up after that as junior safety Jordan Burney hauled in his first interception to set up a 63 yard pass to Ethan Price by Long. The defense also joined in on the scoring party as senior safety Nydair Rouse took an interception 35 yards to the house to end the first quarter with  28 points unanswered by Millersville.

After the initial scoring explosion, it was pretty stagnant on the scoreboard for most of the game. However, with a stout defensive line and punishing running game, the Golden Rams controlled the rest of the game. The running game was consistent and Dukes served as the workhorse for the day with 19 carries for 120 yards and a score.  The defensive line continues to serve as the heartbeat of the defense as they tallied up nine sacks total. Diquan Gilbert led the pass rush with four sacks. Jarey Elder led the team in tackles with seven from his safety position including one in the backfield with a sack joined with Shaquille Ryder.

The Golden Rams will get their first real test next Saturday at home against the Shippensburg Red Raiders.