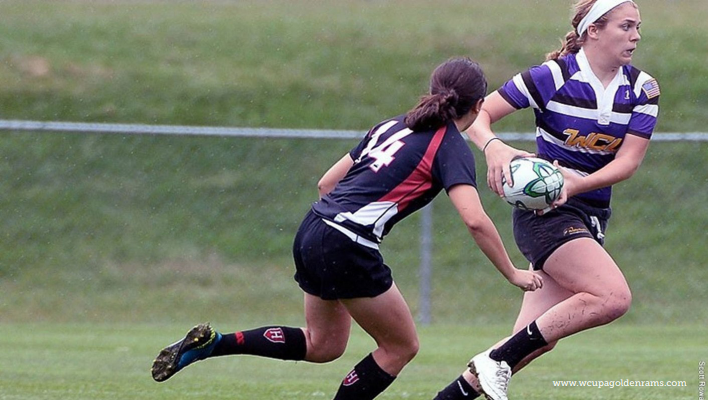 Not too long ago Rugby was an obscure sport to many, but with its re-inclusion into the Olympics, interest and knowledge of the sport have spread. West Chester University has a Women’s Rugby team (and a Men’s club); some students of the University might not be aware of the D1 varsity team’s existence, and currently coaches are trying to get the word out. Head Coach Tony Deremer observed the lack of student support home matches receive, and this past school year he has been drumming up support. Along with the athletic department’s overall push to grow student involvement in athletics, “it feels like we are segregated from the normal population,” Deremer said. He began to wonder, “How do we promote to students? As the Rugby team … other than through our social media?” He, along with coaches Rob Sanderson and Ariel Johnson, are coming up with different ways together and hope to get more turnouts next season.

So, what in the world is Rugby?

It is a fast-paced, full-contact, high-demand game, where fifteen players on each team, thirty total, stare each other down for eighty minutes, no stops, and no time outs. There is in fact nothing wrong with the ball; the strange round oval shape is perfect for kicking down the field or passing down a line with precision. Rugby is complicated, but the bare basics are this: fifteen players separate into eight forwards and seven backs. The forwards provide support and the grunt of the physical work, while the backs focus on passing the ball and getting closer to the try line. The players contest to getting a player into the try line (the end zone of the field) by carrying, kicking or passing the ball backwards. Points are scored by placing the ball down with “pressure” in the try zone (five points and a conversion) or kicking the ball through the goalposts. The defending team competes for the ball, most commonly by tackling the ball carrier. There are many variations of the game: the most popular variation, and the version shown in the Olympics, is Rugby 7s. The game’s rules and functions are much the same, except the number of players are changed to 7-on-7, for two seven-minute halves. The decrease in time is a necessity due to the already demanding aspects of the sport, as World Rugby explains from worldrugby.org, “because Sevens is played on a full-sized rugby pitch but with less than half the normal number of players … there is a large amount of space to run in … demanding huge levels of fitness.”  WCU Women’s Rugby team currently participate in both versions, 15s season in the fall, and then a 7s season in the spring.

The women’s rugby team has made great leaps and achievements. The team saw a depletion in numbers this past Fall 2017 semester due to graduations and seniors leaving, but quickly filled up the spots with 13 inexperienced players and four experienced players. Despite a lack of experience, new players have quickly adapted to the game with the strong lead of coaches Ariel Johnson, Rob Sanderson and head coach Tony Deremer. Deremer comments, “having new people in the fall, the first five games we were 1 and 4 then we ended up 6 and 4 … coming into this season a lot of the 7s is new for [those] people, and having our 2nd team beat some of the [other schools’] first teams this weekend is obvious in [improvement].” Rob Sanderson adds, “with 15s we started slow and finished strong.” Player Sophomore Katie Moritz can see the altogether achievement of the team, “we’ve definitely come a long way. We have progressed through 15s and 7s especially because they are so different.” She explains, “we have different expectations for 15s and 7s we’ve had our ups and downs but we learn from our mistakes, and better ourselves for the next game.”

The current season, 7s season, has seen great results. As of April 14, West Chester’s team has taken home first place at the Bloomsburg tournament, going undefeated all day, (wins against Yorks College, Navy and Bloomsburg) with a 24-0 win against Bloomsburg in the final. Along with the hard earned second place trophy from Princeton’s Emperor Cup, with four consecutive wins, results as follows: Salisbury 35-5, Northeastern 31-7, Columbia 38-0, Northeastern (semifinal) 33-15 and one loss in a nail biting final against Princeton 7-12.

The sport is obviously seen as dangerous and intense: any outsider might wonder why so many choose to dedicate their time to it. The WCU Women’s team answers this very question. Junior Alayna Roberts tells about her experience, playing the sport now for two years, “I played soccer, and softball, and track, and rugby is definitely a different environment.” What makes rugby so different that anyone who joins is immediately hooked? Aalea Ray explains her favorite characteristic, “the camaraderie.” She states,  “I played soccer and it is very individual, in rugby it is very together, your teammates are your best friends on and off the field, and it’s not like that in any other sport … other teams that you play you talk to them afterwards and you’re friends with them where as other sports don’t do that as much.”