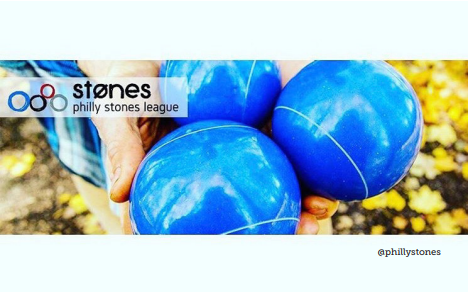 Have you ever tried a sport that combined bocce, golf, chess, billiards and basketball? Do you think this is even possible? Well, Chris Kinka, John Janick, Jason Sivak and Matt Brewster made that dream become reality.

In 2006 on Memorial Day weekend, they were all camping with their families on Lake Chautauqua in New York when the group found a lawn mower and a set of bocce balls. The four friends decided to mow out a small course in the lawn and thus invented Bocce Golf. The following year on the same weekend, the four friends brought more than their families up to the same location not for vacation, but to spread the word about the game. This event was declared the Second Annual Bocce Golf Tournament. Since they brought more people, the four men created more defined rules for the newcomers to follow while also making the course with sand traps. The following year for the third annual tournament, more friends were brought to Lake Chautauqua and a new element was added to the course—water hazards.

During September of 2009, Bocce Golf was starting to take off. The course was brought back home to its founders’ origins in Philadelphia, where a mini-tournament was held. During the spring of 2012, the game changed to what it is known as now: Stones. While originally a blend of bocce and golf, the game was reworked into adding in rules of chess, billiards and basketball. To further progress the game, the bocce balls were renamed “stones” and various sizes of these stones were created for the ever-changing terrains of the Stones courses. The first public course was created in 2012, and now there are five locations of public Stones courses. One is located right near West Chester University at East Goshen Park! Not from around here? Other public courses for Stones are in Southern Tier Brewing Company in New York, Fairmount Park in Philadelphia, Crooked Tongue Brewing in Western PA near Pittsburgh and Charleston Park in Phoenixville.

Stones is a ball tossing game played through a defined course with obstacles and boundaries. Level surfaces are fine to use, although the more slopes and hills the better! Do not take the word “defined” so seriously in that first sentence; the sky’s the limit to what the course can look like. No course is the same! For example, the five terrains for the game in Fairmount Park in Philadelphia have their differences from the course in East Goshen Park. This is the most unique aspect of the game: you can make a course in your backyard! All you need are some sticks, stones and a set of bocce balls. “It’s easy to learn, highly competitive and a hell of a lot of fun,” said Chris Kinka. “Especially if you are old enough to have a beer in your hand.” Other course elements can include root systems, bushes, bodies of water, sand, tree trunks and fire. The four balls used to play are one 90 millimeter, one 100 millimeter and two 110 millimeter balls.

Teams consisting of two players throw their stones at a small target ball and the closest player to the ball gets the points. However, you can also play the sport one versus one. As per usual, the player or team with the most points wins.

Now, I bet you are wondering, how do you combine those five disparate sports? The most obvious game that Stones models oneself on is bocce. Stones takes the form of bocce in which two players form teams and throw their balls to try to be the closest to the smaller target ball. The only difference is that instead of calling the pieces “balls” they are called “stones.”

Moving onto golf, there are two aspects that Stones models. The Stones course mimics an actual golf course on a smaller scale and the stones are selected on a situational basis, similar to picking out which golf club to use for the match.

Similar to chess, Stones mocks the situational aspect of chess with players looking for ways to lure their opponent into situations that will cost them stones.

Finally, a good Stones thrower uses mental toughness to maintain consistency with throws in order to keep focus and not miss shots, which is exactly what a good shooter in basketball does.

If this sport is drawing your attention, or you just want to see how it’s played, East Goshen Park is hosting a Stones Tournament on Saturday, April 28. Following that, there is another Stones Tournament in Fairmount Park on Friday, May 19. Check out their website for more information on the history of Stones, the game itself, more upcoming events and tutorial videos. Find them on social media! Their Facebook page is “Philly Stones League,” their Twitter handle is @philly_stones, and their Instagram account is @phillystones.

Marie Bray is a fourth-year student at majoring in communication studies. ✉ MB822035@wcupa.edu.