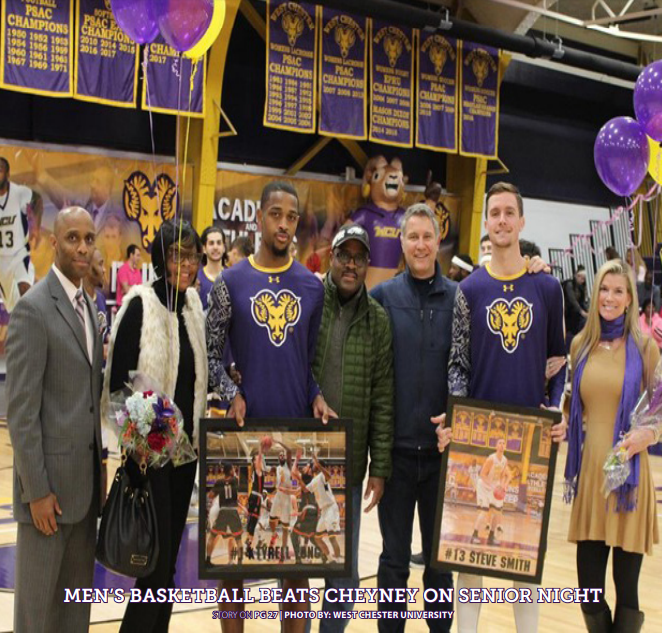 The Golden Rams came into their contest with Cheyney on a high note. Riding a three game winning streak behind stellar all-around team play, spearheaded by Tyrell Long, WCU (17-4) was more than prepared for the match up with the conference’s perennial bottom-dwellers in Cheyney (2-18).

It didn’t take long for the Golden Rams to take control of the game. Their smothering defense forced Cheyney into a bevy of mistakes and contested shots. At the end of the first half, Cheyney had only scored 20 points on 9-24 (37.5 percent) shooting.

On the other end, WCU’s offense was a well-oiled machine. Senior Long scored 14 of his 27 total points in the first half, with Jackson Hyland and Steve Smith joining in as the only scorers in double figures for either team after the first 20 minutes. West Chester took a comfortable 39 point lead into the locker room.

Cheyney showed some fight in the second half, scoring 45 points in the period with some help from their bench. But the Golden Rams did not take their foot off of the pedal, scoring 48 in the second half to cement their fourth straight victory in dominant fashion. Cheyney had one player score in double figures (10).

In their last four games, the Golden Rams have outscored their opponents by an average of 35.5 points. This dominant stretch is pivotal for the team as the playoffs draw near.