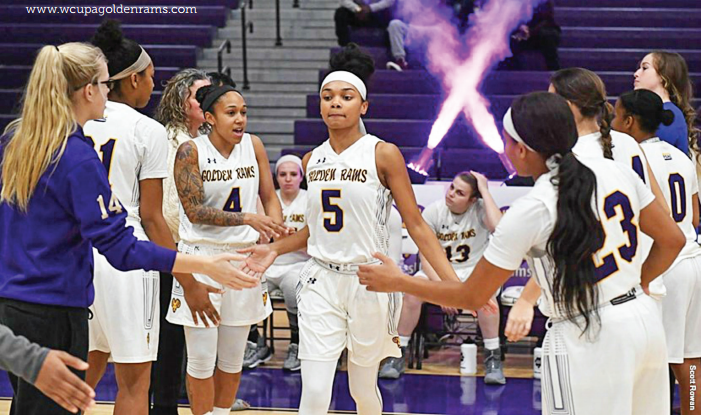 Despite a tough start to the season, the West Chester women’s basketball team is on an 11 game winning streak.

The Golden Rams rung in the new year with a 76-58 victory over Kutztown University. This would mark the beginning of their 11-game streak.

Senior guard Porscha Speller led the team in scoring with 25 points against the Bears.

The Bears were able to keep the Rams within arm’s reach during the first half. Going into the locker room the Rams led 32-23.

West Chester dominated the play in the second half, ending the game on a 6-0 unanswered run to come out victorious.

Seniors Lexi Bruno and Camden Boehner also led the team in scoring with 12 and 11 points each.

The Rams then traveled to Millersville University to match up against the Marauders.

The first half consisted of fair play with unanswered scoring runs from both teams. The Rams started with a 15-0 run with nine minutes left in the half.

With four minutes to go in the half, the Marauders had a run of their own. Millersville came ahead with a 10-0 run to put them up 27-25.

Bringing the winning energy back home, the Rams hoped to continue their streak as they faced Mansfield.

West Chester defeated Mansfield 91-73. This was West Chester’s 18th victory in a row over Mansfield.

After the victory over Mansfield, the Rams were back on the road. They traveled to Nelson Field House to face the Bloomsburg Huskies.

Although West Chester trailed for the majority of the game, the Rams came back fighting.

A triple from Boehner four minutes in tied the game up 46-46.

The fourth quarter allowed for a lead with as many as 13 points for the Rams.

Senior Bruno also had a career-high of 20 points against Bloomsburg.

Saturday afternoon, the Rams faced Kutztown University for the second time this season.

This victory adds to their win streak, making it a 12-game win streak.

The Rams have had a monumental season for their players so far.

With career-highs, several awards, and a now 12-game winning streak the Rams have a bright rest of the season ahead of them.

Jordan Zimmerman is a first-year student with an undeclared major. ✉️ QH859675@wcupa.edu.