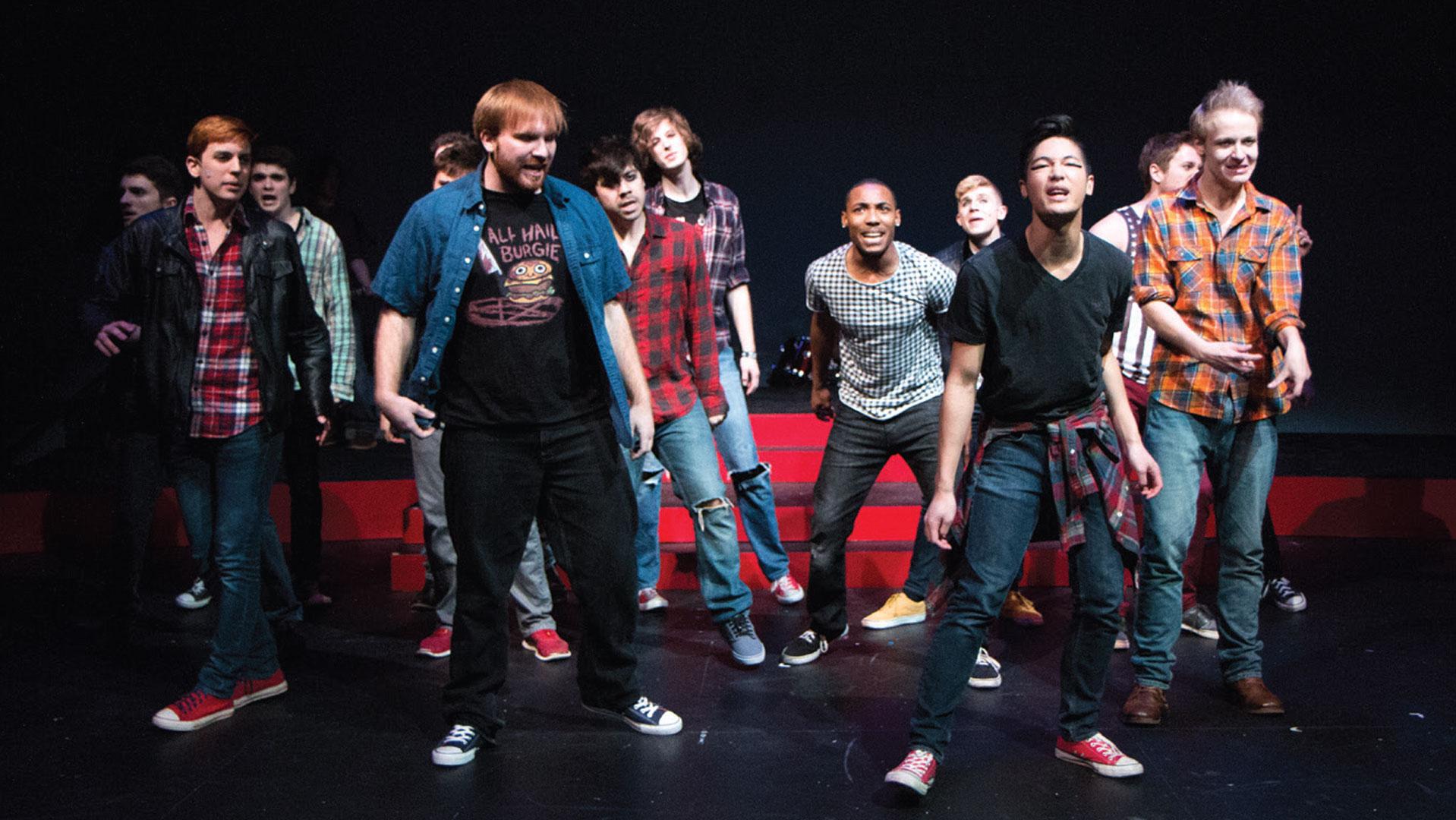 “Cell Block Tango” from “Chicago” was performed as well, and the second act opened up with a performance of “American Idiot” from the show “American Idiot.”

The finale included a memorial of celebrities who have died from HIV/AIDS and had all the performers come out on stage, all wearing red for AIDS, and sing “When You Believe.”

“I was incredibly moved by the ‘I Lived’ performance because they incorporated sign language into it, and that was pretty inspiring,” said senior McKenna Farquharson. “I was in the benefit the past two years, and I totally appreciate the incredible hard work and dedication that goes into presenting a show for such a great cause.”

The show was completely student-run, except for a faculty advisor.

It was produced by Daniel Bryne and directed by Chelsea Barnett, with many businesses and people who donated to the cause.

Katie Stecklair, who performed in many numbers of the show, said, “Rehearsals were great and very interesting because it’s entirely student run which is cool because the students get to try out all of the skills they’ve been learning.”

Proceeds from the benefit go to Broadway Cares/Equity Fights AIDS (BC/EFA), which is a nonprofit AIDS fundraising and grant-making organization.

The West Chester University Theatre has raised over $42,000 for BC/EFA since its first benefit in 2000.

“It feels amazing being in the show because whenever I get frustrated or tired, I just remember that we’re doing something good for a charity, and that’s all that really matters in the end,” said Stecklair.

Before the show started, there was a silent auction where people were able to bid on prizes, some of which included a Lea Michele signed CD and a Cinderella signed poster, as well as jewelry made by the benefit’s choreographer, Sarah Evans.

The winners were announced after the show ended.

Auditions for the show were in October, and then rehearsals started in November.

Everyone who auditioned for the show was selected to perform, and in the end there were more than 50 students involved.

Dana Perkiss is a fourth-year student majoring in English with a minor in journalism. She can be reached at DP785965@wcupa.edu.