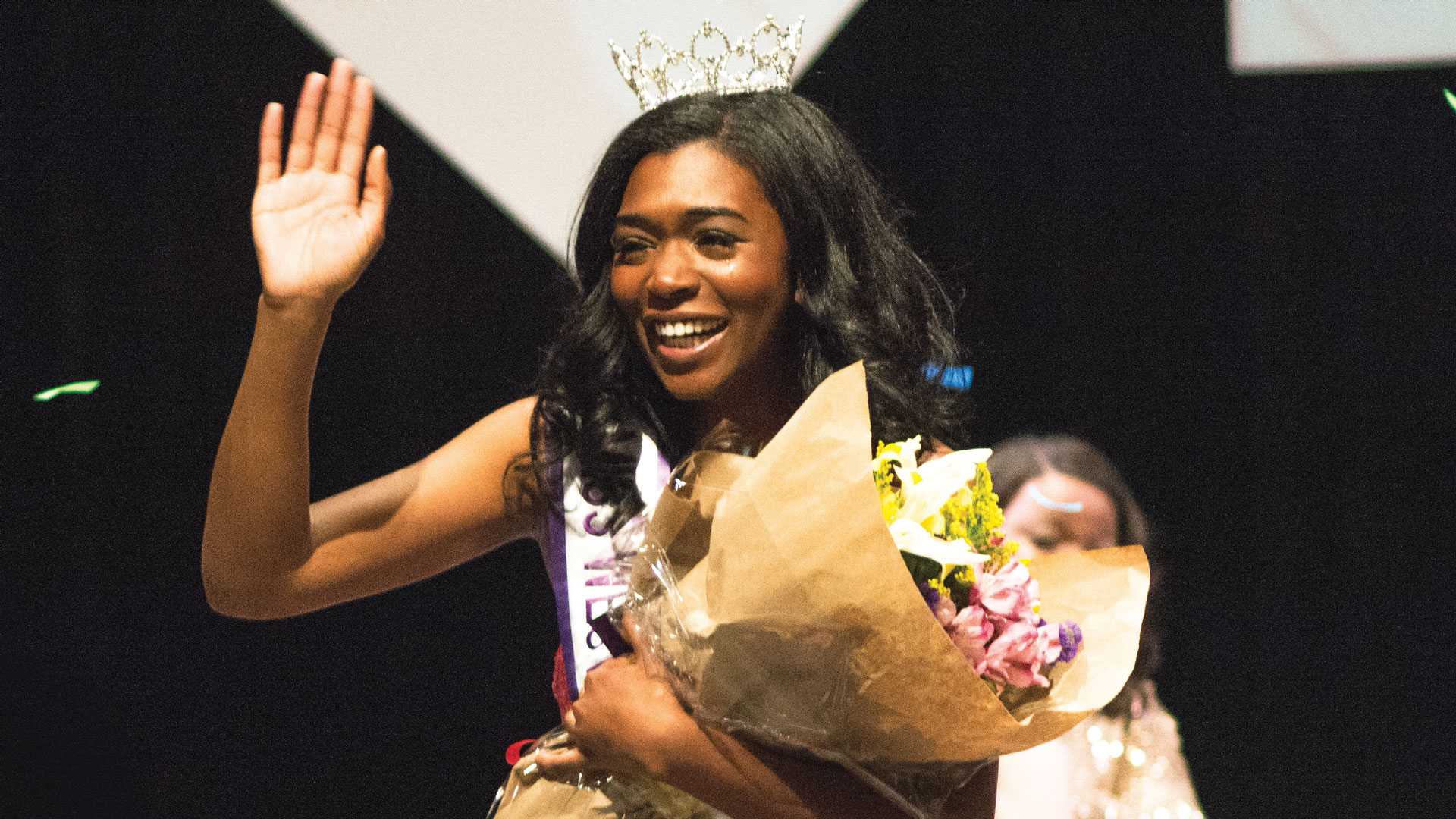 As the show began, each contestant was judged on a 10-minute interview prior to the start of the pageant, which was worth 40 percent of the total score.

To commence the show, the WCU Gospel Choir sang the national anthem, and the contestants preformed a group dance number to “Emergency” by Icona Pop. A welcome video introduced the contestants, including a short video clip of each contender.

The emcee of the night was Julia Rae, who won Miss Philadelphia in 2015. Rae introduced Andrews, who shared that her favorite service memory as Miss WCU 2015 was organizing the Camp Dreamcatcher’s 5k Race.

Andrews then announced her plans to compete for the title of Miss Philadephia 2016. Andrews explained she was focusing on support and awareness for premature babies as her platform.

The pageant began with a casual wear category, which was worth 15 percent of the total score.

Andrews then did a dance performance to “Beautiful” by Christina Aguilera.

The contestants returned to the stage for a talent portion, which was worth 25 percent of the total score.

The participants presented a collection of talents, which ranged from Brittany Smeltz’s sign language performance of “Call Me Maybe,” to Tori Bauver’s color guard routine.

The talent portion was followed by a 10-minute intermission.

During a formal wear and questionarre segment, the women were each individually asked one question and given the chance to walk across state.

Miss WCU 1999 Michelle Filling Brown joined Rae as the emcee for this segment.

The questions addressed a variety of topics, from the importance of self-confidence to the stigmas surrounding mental health illnesses.

The spotlight returned to Andrews as she shared more of her experiences throughout her year as Miss WCU 2015 in a farewell video.

For her service as Miss WCU 2015, Andrews was presented with a key to the city of West Chester.

The 16 contestants were ranked, which left the top five still in the running for Miss WCU 2016. All of the contestants returned to the stage, and the top five were announced in no particular order: Christina Bucci, Erin McCarthy, Ashley Lyles, Tori Bauver and Danielle Williams.

These contestants were each asked an additional question, which was their last opportunity to impress the judges.

As the show came to a close, the former Miss WCUs were acknowledged on stage, and the Sponsor ofthe Year, the Split Rail Tavern, received recognition.

After announcing the winners of the 15 specific cash awards, Rae and Filling Brown brought forward the top five contestants for crowning. The two announced the finalists: Bucci (fourth runer up), Williams (third runner up) and McCarthy (second runner up). The emcees announced Bauver as the first runner up. Lyles, the last contestant standing, then stepped forward and was crowned Miss WCU 2016.

After receiving the crown from Andrews, Lyles thanked the audience and her family. Lyles is a junior with a dual major in early grades preparation and special education with a minor in Spanish.

Her platform as Miss WCU 2016 is the Bethany Christian Services.

Anne Subach is a first-year student majoring in marketing. She can be reached at AS842689@wcupa.edu.