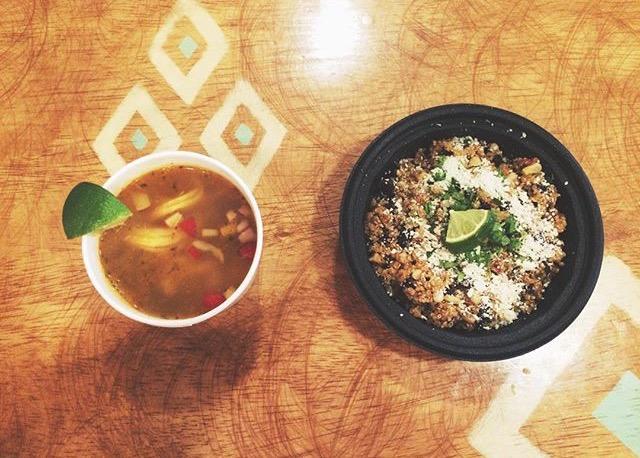 A restaurant that is known and loved by so many in the local area and very popular among students at West Chester Universityis making major changes. These changes consist of several new menu items, an expansion, and a new name. Previously known as Baco Juice and Taco Bar, the restaurant has officially changed its name to Jaco Juice and Taco Bar.

Jaco is located on Gay Street in downtown West Chester and is easily recognizable by its orange awning. Jaco is more than pleased to serve its homemade tacos and burritos, amazing smoothies, and fresh juices. Jaco’s service is fast and casual, allowing you to order to-go, sit in at the bar, or in their new expansion, which contains 25 new seats.

Jaco is a scratch kitchen, which means everything on the menu is homemade, including the salsas, guacamole, and even their corn tortillas.

So why the name change? With such success and growing popularity, the owners of Jaco, Kim O’Donnell and Albert DelVescovo, are in the process of opening new stores in Media, Pa., which will open early spring of 2016, and Washington D.C., which is expected to open in the next few weeks.

In efforts to make their restaurant a trademark, they ran into some legal issues and were not permitted to use the name “Baco” because another restaurant had that same name.

By changing the “B” to a “J”, it wouldn’t confuse too many people, and because they are so famous for their fresh juices, they felt as though it was the next best fit.

Jaco’s new and improved menu now contains acai bowls, new burritos and tacos, two new salads, and a handful of new smoothies and juices. Jaco’s staff is especially excited about the addition of the acai bowl and the C-Baby juice. Acai bowls are basically a thicker smoothie topped with fruit, granola, or whatever you prefer. The C-Baby is citrus juice with quite the bite, and now that the cold season is soon approaching, this is a great way to naturally dwindle those annoying symptoms.

O’Donnell, who is an alumnus of West Chester University, expresses her thanks to the students and the West Chester community.

She comments on the new changes made in the restaurant, “All of us here are extremely excited about the up and coming stores in Media and D.C., but also ecstatic about the new expansion in our store in West Chester. It allows us to seat more people and only adds to our atmosphere.”

Jaco is also changing their hours of operation for the winter season, in effect immediately. Jaco will open everyday at 7 a.m. and close at 5 p.m.

Annie Margle is a third-year student majoring in communication studies with a minor in Spanish. She can be reached at AM802063@wcupa.edu.