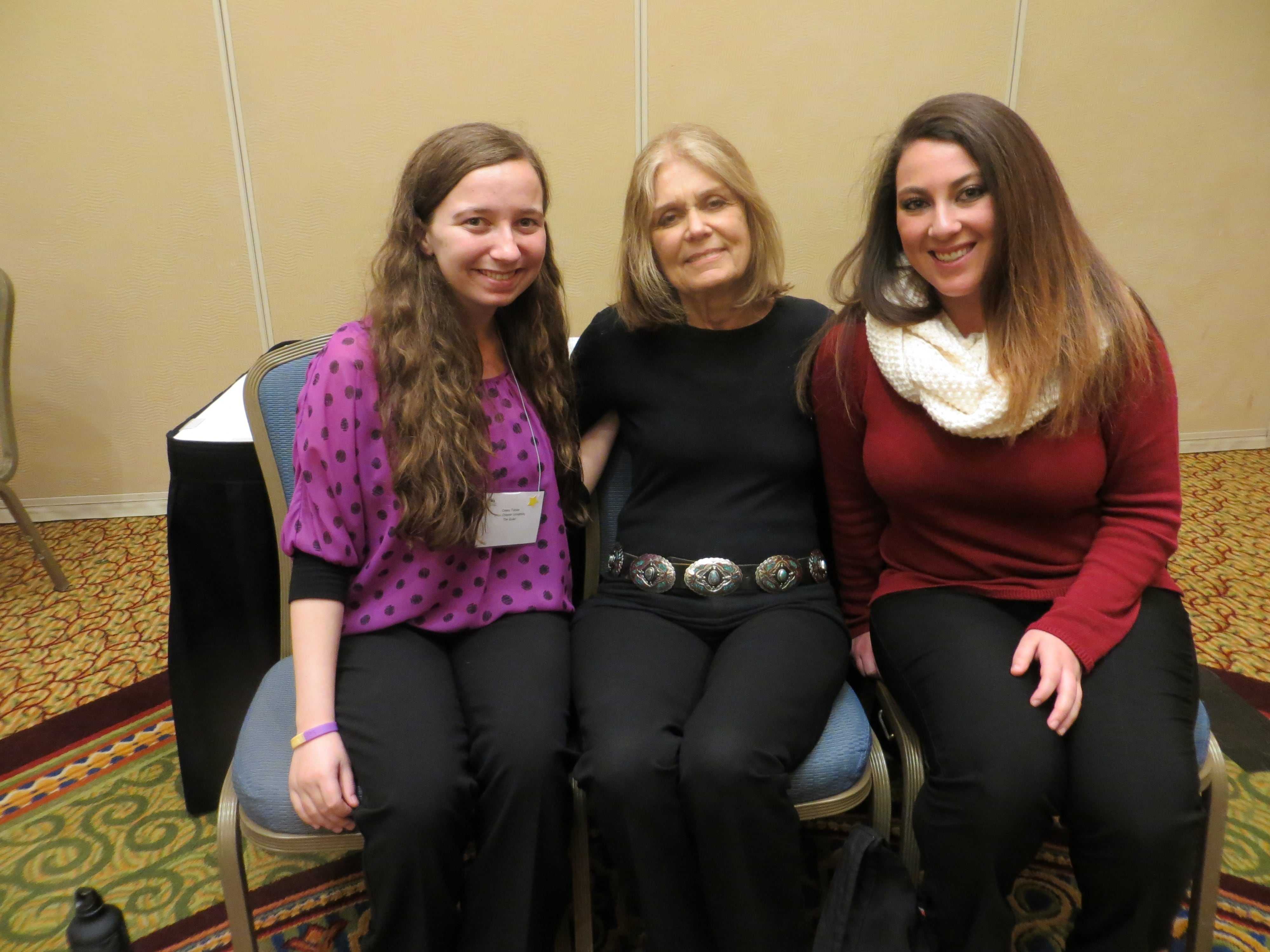 On Friday, Nov. 13, we were invited by the Renfrew Center to attend a press briefing with world-renowned feminist Gloria Steinem, who spoke in Philadelphia, Pa. about her views on politics and feminism.

She became one of the leaders of the feminist movement in the 1960s and 1970s, and she co-founded the Women’s Media Center in 2005. She often travels throughout many countries to speak about women’s issues and equality.

Since 1985, the Renfrew Center has helped people with eating disorders and other behavioral health problems.

The Renfrew Center, which is the largest treatment network in the country, is located in many states across the country and currently has 16 locations.

It respects the psychology of women and acknowledges the complexities of eating disorders and provides an effective recovery system.

Steinem was the keynote speaker at the Renfrew Center’s annual conference. It was her third time speaking at the conference.

At the press briefing, we were among a handful of journalists gathered in the Airport Marriott, where we sat in a circle with Steinem.

It was a much more intimate setting than we had originally anticipated, and we took turns asking Steinem questions about her experiences.

“Never in a million years would I have thought that I’d be travelling and speaking,” said Steinem.

When one journalist asked about what first motivated her to get involved with the feminist movement, Steinem responded, “Anger, desperation… No one was saying this.”

Another person asked if there was anything else she’d ever wanted to do with her life, to which she said, “There is nothing else.”

She made it clear that she believes in a woman’s right to choose.

“Every child has the right to be loved and wanted,” said Steinem, explaining that women should not be forced to have children that they don’t want or can’t care for.

Steinem also mentioned her new biography entitled “My Life on the Road,” which she dedicated to Dr. John Sharpe.

Dr. Sharpe helped Steinem get an abortion in 1957 before the procedure was legal, telling her, “You must promise me two things. First, you will not tell anyone my name. Second, you will do what you want to do with your life.”

In her dedication, Steinem wrote, “Dear Dr. Sharpe, I believe you, who knew the law was unjust, would not mind if I say this so long after your death: I’ve done the best I could with my life. This book is for you.”

When the conversation turned to sexual assault on college campuses, we discussed the problems we face here at West Chester University with Steinem—namely, the insufficient policy on sexual misconduct reporting.

Other topics that Steinem touched on were the Black Lives Matter movement and student debt.

Another journalist asked Steinem how she remained hopeful in the face of oppression.

“To not have hope is to give up right away,” said Steinem. “It’s important to be skeptical so that we use our talents and our time in a productive way. Skepticism is important, but pessimism means you’ve defeated yourself. Hope is a form of planning.”

The press briefing ended with Steinem asserting, “I love what I do… I feel so entirely engaged and rewarded and excited and pissed off and interested.”

Ultimately, it was an honor and a privilege to hear Steinem speak. We are grateful for the opportunity to go to the press briefing, and we look forward to watching Steinem’s future endeavors.