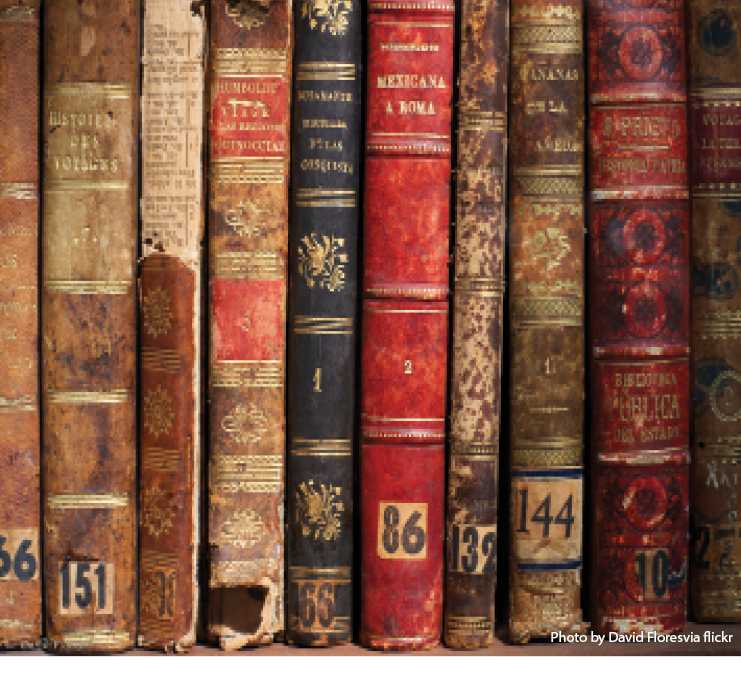 I pull into a gravel driveway and park my SUV against a rustic building. The exterior is a mosaic of whites and beiges and hints of stone underneath peeking through. It reminds me of a barn out of some antique story book or romantic film as the dust settles and I slam my car door shut.

Yellow light glows through the square windows that sit over arched doorways, as I approach a charming door that creaks as I enter.

The inside smells like old, loved books and feels warm like home in the sense that I could stay for hours and remain welcomed. The barn, built in 1822, wastes no space. Its five floors of cozynooks and stone walls host a collection of over 300,000 rare and used books, maps, and prints among other treasures.

Whatever your interest, whether widely shared or completely unique, I promise there is a book about it somewhere in this magical maze of novels. Located at 826 Lenape Road in West Chester, Baldwin’s Book Barn is less than an eight minute drive from campus! So if you’re looking to purchase a book, or just to spend some time reading and exploring, I highly encourage you to visit the barn at least once. I’d be shocked if you went and did not leave wanting to journey back.

There is something significant to be said about a book barn inhabited by four cats that cozy up on stacks of books or lay by the wood burning stove on a cool day, inviting visitors to pet them and stay a while.

The Baldwin’s crew is a friendly and happy team of people whose passion for the barn shines brightly. The six individuals who work there do it because “they just love it. You have to have heart and feeling, and they do,” said Baldwin’s Book Barn second generation owner Tom Baldwin.

Their love for the barn is eminent, and it is there where you’ll find a place to relax, browse, chat, and discover enchantment in a book you never knew you wanted, or one you always have but could never find until now.

I had the pleasure of speaking with Tom Baldwin, who was elated to sit down and chat. “I like doing things for people, so if I can help you in any way I’d love to do it,” he said when he returned my phone call regarding a casual interview.

The discussion followed this exact notion, as Baldwin stressed that “a very important part of the business is we help people. If someone sells me a book and they don’t know the worth, but it turns out that I make a decent profit, I’ll write them a nice check. Everybody helps each other. Everybody wins here.”

“I learned the book business not by scholarship, but through osmosis,” said Baldwin. He grew up helping his father, William Baldwin, with the barn, carrying books up and down the many stairways. “There was love put into it, and it was a success almost from the beginning,” he explained.

Baldwin has owned the barn for about 30 years now, and his sense of humor and business savvy mind helped him to make his father’s business even more successful than imagined. “I just believe, and it all worked in synchronicity, that when my father died, and I was reluctant, I liked the excitement and the challenges of owning a business and so I came home and took it over,” explained Baldwin.

“I learned the book business not by scholarship, but by osmosis,” he said. When asked how all the books were acquired, he explained that they had been bought over time and accumulated. Some of the books have been on the shelves for ten years while others have only been there for about ten days, according to Baldwin.

It’s important to be competitive in the book business by constantly updating the inventory, according to Baldwin, so if you have a specific niche you’re into, such as Chester County history, you can always count on there being something new.

The barn is for sale, and while there have been financially generous offers, Baldwin has turned all of them down. “My family lives in Florida, so the reason I’m looking to sell is that I have a home there and I’m getting to the age where I want to be there and spend time with them,” explained Baldwin.

“It’s a wonderful lifestyle, and because of my business acumen it worked out,” said Baldwin, “When I’m collected by God, because the book barn is such an important part of history, a destination for many, and an important part of the community, I would sell it if the right person came along.”

According to Baldwin, when people come here there’s a mystical feeling they get when they walk through the doors. In some instances, visitors have even told him that they “just had a feeling that they needed to keep driving down the road, and then they found the barn,” he explained.

The important thing for Baldwin is to sell the barn to someone who loves and appreciates it for what it is, and who wants to keep it running that way. “It’s not all about financials, not all about profit. I put it in God’s hands and what will happen, will happen,” said Baldwin.

Megan Monachino is a third-year student majoring in English writing with a minor in journalism. She can be reached at MM783809@wcupa.edu.