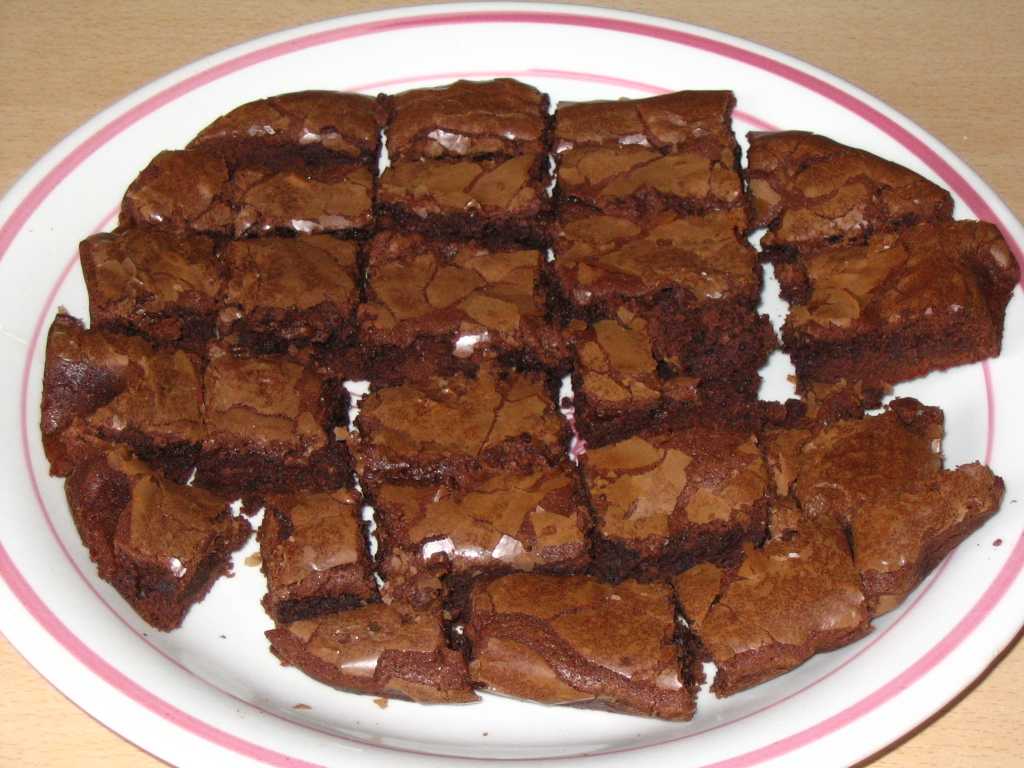 Imagine this: after a long Monday of 8 a.m. classes and afternoon lectures, you head back to your dorm building and it smells like delicious, homemade brownies. Then, you look in the lobby and you see tables covered in brownies and ice cream. Sounds pretty awesome, right? Well, this was what Goshen Hall residents came inside to find on Monday Nov. 3 at 8 p.m.

Goshen Hall hosted a brownie bakeoff last Monday. Teams from almost every floor gathered in the kitchen to compete for a prize. The floors that competed were the second, third, fourth, sixth, and seventh. The fifth floor decided to sit this competition out.

Goshen Hall provided brownie mix, eggs, sugar, milk, and oil as well as the kitchen. The rest was up to the creativity of the bakers. Also, absolutely no nuts were to be included in the recipes due to allergies.

Each floor created their own unique brownies. The second floor baked “pop brownies.” They were classic brownies with pop tarts baked on top.

The third floor made “gimme s’more.” These were homemade s’more brownies with graham crackers, chocolate, and marshmallow.

The fourth floor created “classic sprinkle brownies.” They were classic brownies with sprinkles on top.

The sixth floor baked “pretzel and M&M” brownies as well as “Oreo brownies.”

Finally, the seventh floor created “black and white” brownies, which were brownies filled with milk chocolate chips and topped with white chocolate chips.

As soon as the tables were set and brownies were cut into bite size pieces, students rushed downstairs to get a taste. The lobby was packed with lines snaking around the entire first floor. Everyone could not wait to try these delicious treats.

Each student got to taste each type of brownie and then vote on their favorite kind. There was also vanilla and neapolitan ice cream to wash down the rich chocolate taste.

I was a member of the seventh floor team. We had a great time attempting to achieve the perfect brownies. However, next time we need to remember to keep the brownies in for the full amount of time. One of our batches ended up rather undercooked.

Congratulations to the third floor for winning the brownie bake off! The “gimme s’more” brownies were delicious, and they achieved a well-deserved win. Great job, everyone!

If you are interested in having an event like this in your building, contact your RAs. Hopefully there will be more brownie bakeoffs in the future!

Abby Goss is a first-year student majoring in English with a minor in journalism.  She can be reached at AG826289@wcupa.edu.  Follow her on Twitter at @AbbyGoss.