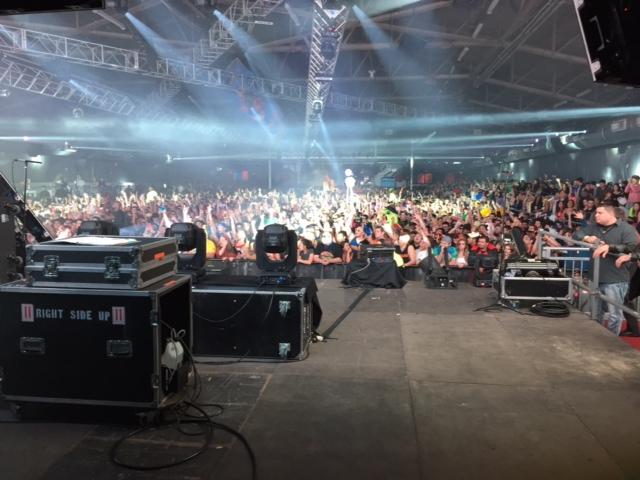 Monsters, ghosts, and ghouls occupied the streets in the city that never sleeps as I visited New York for the weekend.

On Friday, I touched down a little before noon, in time to enjoy the lunchtime rush from a small coffee shop table on 33rd St. From there, I indulged in some shopping and sightseeing around 7th Ave and Broadway. Be sure to wear comfortable shoes in New York because the blocks seem to never end.

After lunch and shopping, I made my way up to the East Village area which was home for the weekend. The area is pleasantly quaint in size and has every single type of Asian cuisine you can imagine. I found myself in Klong, a small Tai restaurant in Soho, for dinner where the food was excellent and the service was very nice. I strongly recommend it.

As I walked home from dinner, I ran into many runaway convicts, axe murders and hockey mask killers – all costumes, of course. The streets were filled with traditional Halloween activity in addition to the usual rambunctious nightlife New York City offers.

Celebrities such as Beyonce, Heidi Klum and Jay-Z showed up, disguised as Frida Kahlo, a butterfly, and Jean- Michel Basquiat, at the city’s annual Halloween Parade.

Later that evening, a friend of mine secured us backstage tickets to an electronic dance music (EDM) concert and party at New York’s Pier 94. The show was amazing with acts like DJ Snake and DJ Tchami from Paris providing music so that every little monster in the building could dance the night away.

The following day came with gloomy skies and cold rain, but that did not stop us from riding the subway through the city’s precious boroughs in search of pizza and winter garments. It was essential to check out New York’s vast variety of flagship stores like the Ralph Lauren Lounge or the amazingly affordable UNIQLO, a relatively new Japanese superstore that offers quality clothing for minimal prices.

On Sunday, my last day in the big city, I started the day early with a walk through Time Square to Central Park where the 2014 New York City Marathon was taking place. Over 50,000 runners participated in the 26 mile trek through all of New York’s boroughs.

On the way back from the park, I passed through a cultural festival that blocked off over half of 6th Ave. in order to make space for the festivities such as various food vendors and merchants.

A typical New York Sunday would not be complete without a trip to a museum so I stopped at the Museum of Modern Art (MoMA), where I received a 60 percent discount for being a student. That’s right; it only cost me fourteen bucks to view some of most recognizable modern art and exhibits from artists such as Warhol, Picasso and Van Gogh.

The experience was a time well spent and New York, as well as Halloween, never ceases to entertain me. I am very glad I got to mix the two during a great weekend getaway.

Shawn K. Trawick is a third-year student majoring in communication studies and political science.  He can be reached at ST819517@wcupa.edu.