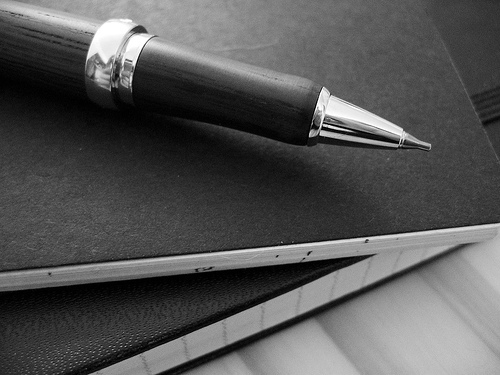 On Tuesday, Oct. 7, VOX: Voices for Planned Parenthood was invited by the Student Government Association to attend a by-laws review committee meeting.

These measures are in place because by-laws, believe it or not, are an important document for any club, especially for a forming club on campus. The information written in the by-laws really sets the foundation of a club.

This document states the purpose of a club, membership criteria, officer and executive board duties, how meetings will be run, and how to remove members from office. These are critical aspects that a forming club needs to consider in order to build a club that will last for more than a semester’s term.

This is where the by-laws review committee comes in; they want to make sure that a club is truly thinking about how to make itself last and have productive meetings.

While they assess the draft of the club’s by-laws, they also offer constructive feedback and weak areas to consider rewriting.

To be honest, during the committee meeting, I personally felt extremely overwhelmed because they were very detail-oriented, right down to the comma and any minor formatting issues; however, the fact that they were detailed oriented was super helpful. They told us exactly what the issues were and what we would have to do to revise them.

The SGA Parliamentarian explained that there are many mistakes that forming clubs make when writing their by-laws. One of the most common mistakes are issues with formatting.

A set of by-laws mostly consists of  bullet points and lists. This poses a problem because sometimes, Microsoft Word and Pages can completely mess of the formatting.

In by-laws, bullet point lists have to be consistent and it is important to be especially careful with using numbers, Roman Numerals, or letters. Clubs have to make sure to select one of the three, and make sure to stick with it throughout the entire document.

Also, another reason why formatting is an issue is because viewing and editing the by-laws on different computers can automatically change the format of a draft without it even being noticeable.

Another minor, but prevalent, error that most forming clubs tend to make while composing the draft of their by-laws, involves issues in punctuation. Oftentimes, throughout drafts that they have seen, the committee would find random commas and periods that are not needed.

In general, this meeting was extremely helpful and provided us with a different perspective about by-laws. This document allows people forming a club to think about the security of the club and create a realistic foundation that would ensure that the club can last.

At the end of the meeting, the committee ruled that VOX: Voices of Planned Parenthood is approved to move forward in the forming a new student organization process, but needs to make minor revisions on their by-laws.

After we revise our by-laws and resubmit them to the Parliamentarian, VOX will be patiently waiting to be invited to an SGA meeting. At this meeting, VOX will present what they stand for and plan to do on campus. Then, the senate will vote if VOX can be an official organization on campus.

Stephanie Frasca is a fourth-year student majoring in communication sciences and disorders with minors in psychology and linguistics. She can be reached at SF767711@wcupa.edu.