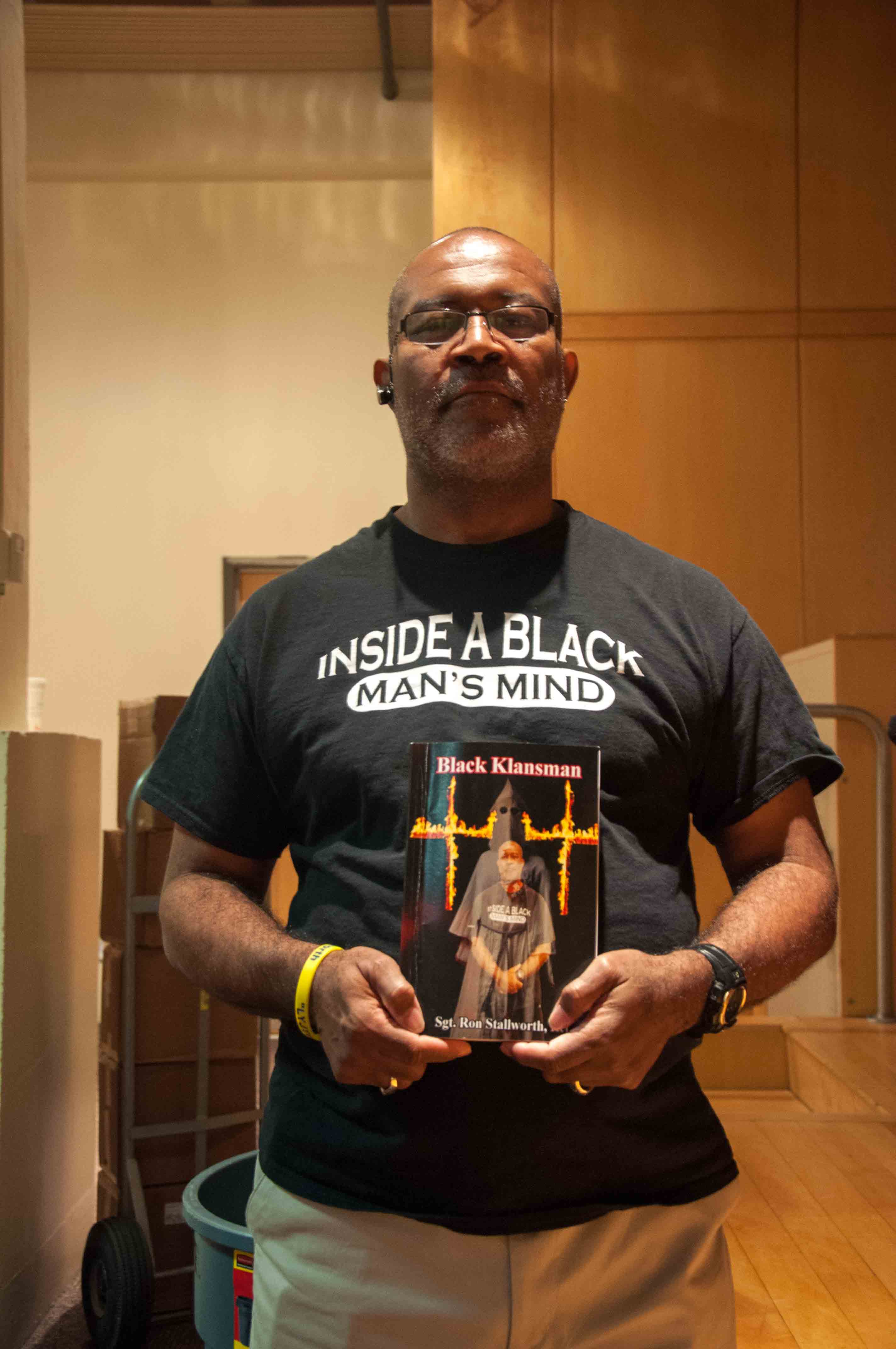 On Thursday, September 18, West Chester University’s Criminal Justice Department, along with the Office of Social Equity and Judicial Affairs and Student Assistance presented The Black Klansman, the story of a black undercover police officer who infiltrated the Ku Klux Klan.

During the course of Sgt. Stallworth’s investigation, he prevented several cross burnings, gathered valuable intelligence, and managed to have two military officials with top-secret clearances relocated to the North Pole.

Whenever he would speak to the KKK on a secure telephone line, Stallworth would receive the time and location of the cross burnings, which he would then pass onto the police in those respective jurisdictions.  The heavy police presence would deter the KKK from proceeding with the cross burnings and they would call the event off.

Another time, Sgt. Stallworth spoke of being taken to NORAD headquarters and being asked to present the names of military officials he found to a colonel in the NORAD mountain base.  Later that same day, the Pentagon relocated two military officials with top-secret clearance to a desolate military base near the North Pole.

Also during the course of his investigation, Stallworth would call David Duke, the national director, or “Grand Wizard,” of the KKK.  Stallworth said that at one time, he asked Duke if he was ever worried about a black man calling him pretending to be white.  Duke reportedly responded no. According to Stallworth, Duke claimed that he could tell white men from black men over the phone by how they spoke.  Stallworth then challenged the crowd present to demonstrate if black people do speak differently from white people, a challenge to which no one rose.

Sgt. Stallworth also claims to have saved the police reports and documents relating to the time he spent undercover in the KKK, despite a direct order by the chief of police to destroy the documents.

At the conclusion of Stallworth’s presentation, he received a standing ovation from the crowd present and answered questions afterwards.  He has authored several books detailing his time spent undercover.