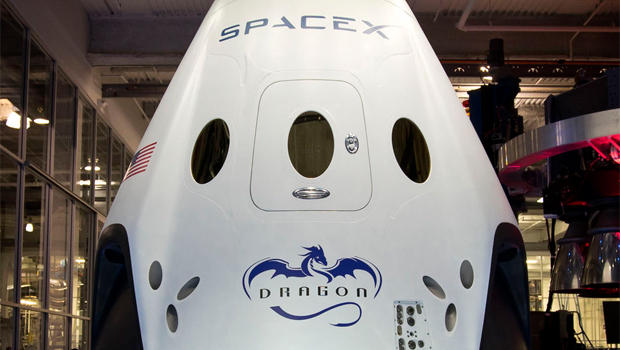 NASA awarded contracts totaling $6.8 billion to the companies Boeing and SpaceX to conduct “space taxi” trips to take astronauts to and from the International Space Station, starting in 2017, the agency announced on Tuesday.

The announcement marks a huge leap for the future of the United States’ space program. NASA ended its space shuttle program in 2011 after a series of severe budget cuts. Since then, NASA has relied on the Russian space program for rides to the ISS at a cost of over $70 million per seat. Relying on the Russians has proved costly financially, but now politically as well, as relations between Russia and the West have recently deteriorated.

“The greatest nation on Earth should not be dependent on any other nation to get to space,” NASA Administrator Charles Bolden said Tuesday. NASA instead will be relying on two privately-owned companies, Boeing and SpaceX, to design spaceships capable of carrying seven astronauts each to and from the ISS.

Boeing will be awarded $4.2 billion for its CST-100 capsule, while SpaceX won $2.6 billion for its Dragon V2 spacecraft. Both spacecrafts will need to undergo safety testing administered by NASA before manned flights begin. NASA said on Tuesday that after safety certification, each company will launch between two and six missions to the ISS.

Boeing’s executives said on Tuesday that with the contract, they will build three of the CST-100 crafts. Although Boeing has not built a flight-ready version of the CST-100, the company has a long history of funding spacecraft construction. For years, Boeing was the top contractor for the ISS.

SpaceX, however, has already launched several cargo-only versions of their Dragon craft to the ISS starting in 2012. They will upgrade the Dragon according to NASA’s passenger safety standards.

These contracts are part of the Commercial Crew Transportation Capability Program, otherwise known as CCtCap, which was designed to have private companies like Boeing and SpaceX build spacecrafts capable of carrying astronauts into low Earth orbit starting in 2017.

“I’m deeply honored,” said billionaire SpaceX CEO Elon Musk, who also owns the electric car company Tesla. “It is a vital step in a journey that will ultimately take us to the stars and make humanity a multiplanet species.”

Collin Heatley is a fourth-year student majoring in history. He can be reached at CH761384@wcupa.edu.