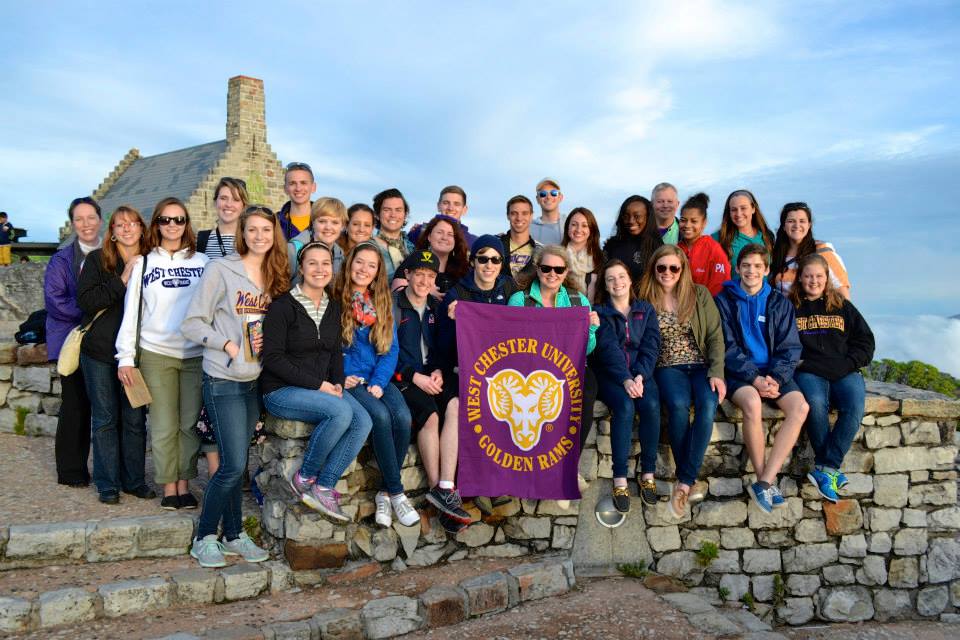 I love the Lion King: it is one of the greatest movies of all time, in my opinion. So when I was in the airport to go to South Africa this summer, you could only imagine my excitement! West Chester’s Aid to South Africa trip was, indeed, the trip of a lifetime: service, safaris, exploration and breathtaking scenery…all of this a mere 16-hour flight away.

Reminiscing on the things that I saw and did, I can hardly believe that it really happened. Arriving a sleep-deprived, haggard mess, I was still so taken aback by the beauty of South Africa. I mean, there were MOUNTAINS! I always pictured Africa as these wide sweeping plains, but these large sloping mountains were all over. Table Mountain, named for its “flat top” and one of the new 7 Wonders of the World, was one of our first stops! You could see all of the the Cape Town city from atop that mountain. Looking was like the moment when you first tilt down on a roller coaster, making your stomach drop through you feet. You also feel that undeniable sense of exhilaration and bliss.

We visited plenty more cultural monuments over the next couple of days. We visited the monument for the native language, relived memories of the South African Apartheid in the Apartheid Museum, and a tribute statue to Nelson Mandela.

In a place rich with culture, it is so easy to just get swept away in all of the zany touristy activities. To be abe to lay the foundation of the trip on a budding respect for all of the historical aspects of South Africanin where it had been to where it is going, was an unbelievable blessing.

That isn’t to say that we didn’t do the zany activities too! Did you know that South Africa has ostrich farms? There were real sprawling farms where you can gawk at ostriches.  Tom Thumb, the Guiness Word Record Holder for smallest living ostrich, was even at one of the farms.  He was only 4’2”.  We were even able to feed and sit on an ostrich. A remarkable experience, but the ostrich is honestly a little freaky up close.

On a couple of safaris scattered out over two days, we saw all sorts of incredible sights: lions and zebras and hippos, oh my!  THIS was the Africa I had always pictured in my head: herds of zebras pursuing the plains, towering giraffes loping about, hippos sitting by the watering hole, and gorgeous elephants.

We were even lucky enough at one point to discover a lioness and her four lion cubs. Everybody sat quietly a short distance away as we watched one of nature’s most amazing creatures in its natural habitat. That is the kind of memory that you simply don’t forget.

Probably the best part of the entire trip, however, was the people. Never in my life have I met people filled with such joy and kindness for one another. There were people who had to visit soup kitchens, and there were children who lived in orphanages. Both still managed to burst with laughter and life.

The children, especially, just wanted to interact with you and get a mere moment of you attention. The moment you gave them a hug or asked them a question about themselves, you could see the excitement in their eyes.

You speak to some of the people there, and you hear these absolutely incredible stories and yet the people are filled with such hope. Every person on this trip walked away with a story that touched them deeply.

There was this child at one of the orphanages we had visited. I had been encouraged, just the night before, to keep my heart open for this visit. As our group meandered onto the blacktop to meet the children that day, we were immediately swarmed. Left and right, children were being swept up into piggyback rides and bear hugs.

I was slightly more reluctant, as an overly emotional person to begin with, but I turned to this slight, quiet children next to me and started talking with her.

Talking to her, would actually be more specific. “What’s your favorite color?” I asked, excitedly. What do you like to do? What’s your name? I was greeted only with silence. Just as the thought that I should probably just step away, a group of the children went running by.

“Do you like to run?” I asked, not expecting a response. However, to my surprise, she smiled at me and nodded her head. I convinced her to race with me to the other side of the play area. I playfully lagged behind as we raced to the other side. The moment she reached it, she whipped around with the biggest smile I have ever seen.  “Wanna know my favorite color?” she asked. I nodded enthusiastically and after that, I couldn’t get a quiet moment. She jabbered nonstop about everything to me. I will, most likely, never see this child again, but I still love her and think about her all the time.

My trip to South Africa was one of the single most amazing experiences of my life. I got to be inspired by all of the incredible people I got to meet and the sights I was blessed to see. We saw lines for a soup kitchen stretching down the street full of people with nothing but the utmost respect for one another. We saw children who had nothing filled with more joy than I ever thought imaginable. We saw people who stared at the face of adversity and bound together to rise above it. This isn’t to say that there still isn’t suffering in South Africa-there is. And there are many more changes that need to be made, but this trip gave me the holistic picture of South Africa: that there can be suffering and hope, beauty and tragedy, the old and the new.

Casey Mullholland is a second-year student majoring in English and psychology. She can be reached at CM806505@wcupa.edu.