WCU student honored with Soldier of the Year award 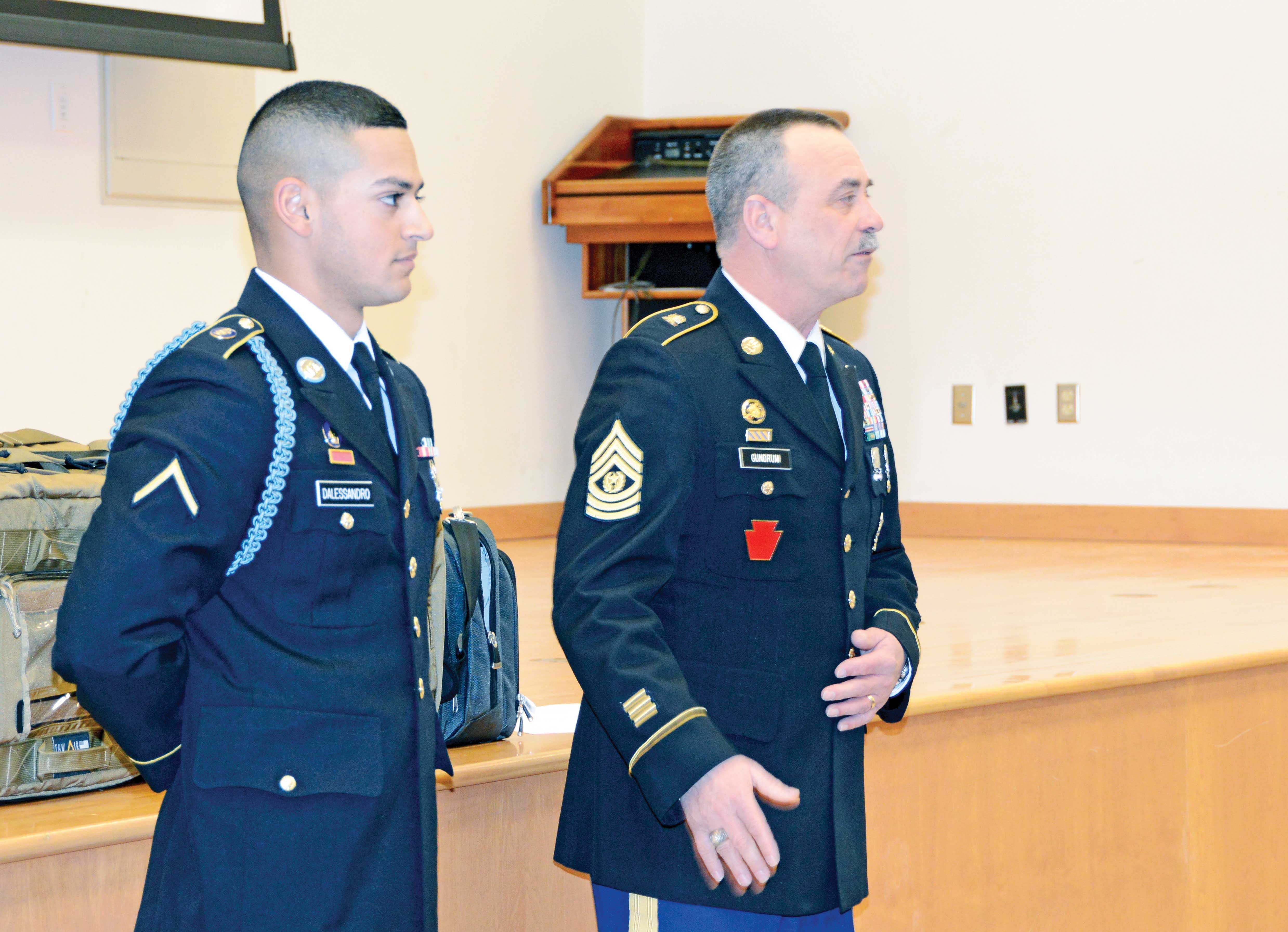 West Chester University junior Antonio D’Alessandro can now add “Soldier of the Year” to his list of accomplishments after receiving the award for The Warrior Challenge.

D’Alessandro is a cadet in the United States Army, as well as an Applied Public Policy major, which is a focus of political science. He is originally from Jenkintown, Pa.  He started the process of becoming Soldier of the Year when he was still enlisted in the summer of 2013 after being nominated by his squad leader and was able to continue the process even after becoming a cadet.

The Warrior Challenge is a combination of “various boards in which you’re tested on military comprehension (questions), wear and appearance of your uniform, and military bearing,” D’Alessandro said.

The process to truly become a competitor for the Soldier of the Year involves not only skill, but hard work and persistence.  D’Alessandro had to dedicate a lot of his time to studying and working out, while also keeping up with his school work.

When asked what goes into becoming the Soldier of the Year, D’Alessandro said, “Discipline overall, having the discipline to set time aside from classes and my personal life in order to work out and study more than the other soldiers I was competing against.”

D’Alessandro had to compete in multiple levels of the challenge in order to make it to the final competition.  The first was his company level, followed by the battalion, brigade, and the state level.

The state and final level was held over the course of three days and included seven other individuals who had also won the other three levels. The eight competitors were all from different brigades.  The men competed in various events, showing off all their hard work.  According to D’Alessandro, these included, “a written test, an Army Physical Fitness Test (APFT), weapons qualification with the M4 rifle and M9 pistol; various soldiering tasks (first aid, dissembling/reassembling weapons, moving ammo cans and other heavy objects, etc.); day and night land navigation using a map, protractor, and compass; a 4.5 mile ruck march wearing a helmet body armor, my rifle, and a 40 pound on my back; and then finally another board.”

D’Alessandro successfully made it through all these challenges and during the third and final day of the competition, State Command Sergeant Major, who ran the entire competition, announced D’Alessandro as the winner.

He will be formally recognized at an award ceremony on May 31 at a state dinner for all the senior leadership, including generals, colonels, and senior NCO’s.

“This is an incredibly proud moment in my life. All the time I spent preparing for The Warrior Challenge feels well worth it,” D’Alessandro said. “To be identified amongst the other soldiers I was competing against, all deserving of the honor, as well, and my other peers is a profound moment in my life. I’ve gained a lot of new knowledge and experience from the whole process and I’m eager to pass it on to other.”

Colleen Curry is a third-year student majoring in communication studies. She can be reached at CC763513@wcupa.edu.