Home is where the judgement is? 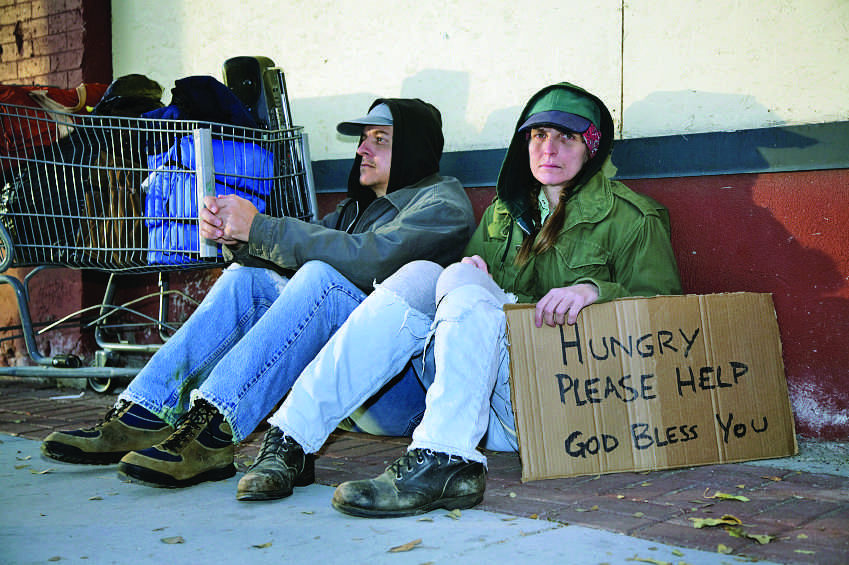 My newfound way of writing So It Goes- waiting for a source of inspiration to come to me at some point throughout the week –is actually kind of nerve-wracking at times. I have to make sure that I’m fully aware and open to any ideas or topics that may arise in class discussions or just in everyday conversations with friends and colleagues. Thankfully, for the past three weeks I have been able to catch something in a conversation and then formulate an opinion, and in turn, base my column, around it.

This week’s source of inspiration came from my critical writing class. We had a lengthy discussion over two days about an excerpt we had read the previous night, Barbara Kingsolver’s “Household Words”. Within the piece, Kingsolver talks about how we as a society perceive homelessness and homeless individuals. Her observations were actually quite striking and accurate. She included some myths about homelessness that many Americans ascribe to, one of them being that “Homeless people are that way for some good reason. They chose it, or they’re criminals or alcoholics or crazy, but whatever went wrong, it’s their fault.”

That passage, and those two sentences in particular, got me thinking about what we as a nation define as “home” and all of the privileges that come attached with that meaning. I find that I define “home” as one thing and “house” as something completely different. A house is just a place to live and inhabit, but a home has so much more meaning adhered to it. Home is where you can go even when you’ve exhausted all other options; it’s a place that you connect favorable (and sometimes not so favorable) memories to, and is for most people a place where you feel safe and secure. So for homeless people, it’s kind of difficult to pinpoint a place or location that they feel safe and taken care of, since having a “home” is not an option or desire.

It’s also fairly unfortunate that our society puts such a negative stigma on being homeless too. When the average person walks down a crowded city street in let’s say, Philadelphia, and comes across a homeless individual asking for some spare change, he will more than likely say “No” or completely ignore the person altogether. I’ve gone on high school field trips to cities like New York and Baltimore and have seen similar situations play out to a tee. On one trip to Washington D.C., I specifically remember walking by a group of homeless people asking for some change. My group ignored them, and once we walked past one of my classmates said, “They were only going to use our money to buy more drugs and alcohol.” So it goes.

Until recently, I never really thought too much about situations like that or how much our nation judges and looks down on people who are homeless. I looked into some reasons that America, the country that is held to such a high standard by others and by itself, has a high rate of homelessness and realized it’s due to things that many people aren’t even aware of. One thing that caught my eye in particular was an event that happened in the 1980s. During the Reagan administration, funding to many mental institutions was cut, forcing them to release their patients. Some of the patients had homes and families to go back to, but others were not so fortunate and had to sleep on the streets. And a lot of those people that were let out of the institutions in the 1980s still account for a sizeable chunk of the homeless individuals today in 2014. So, if we took the time to research a little bit of our country’s history, we might not be so quick to jump to hasty (and often times harsh) judgments.

I believe this is something that needed to be mentioned. Hopefully it could lead to more discussion and research, and ideally less scrutiny. Till next time, so it goes.