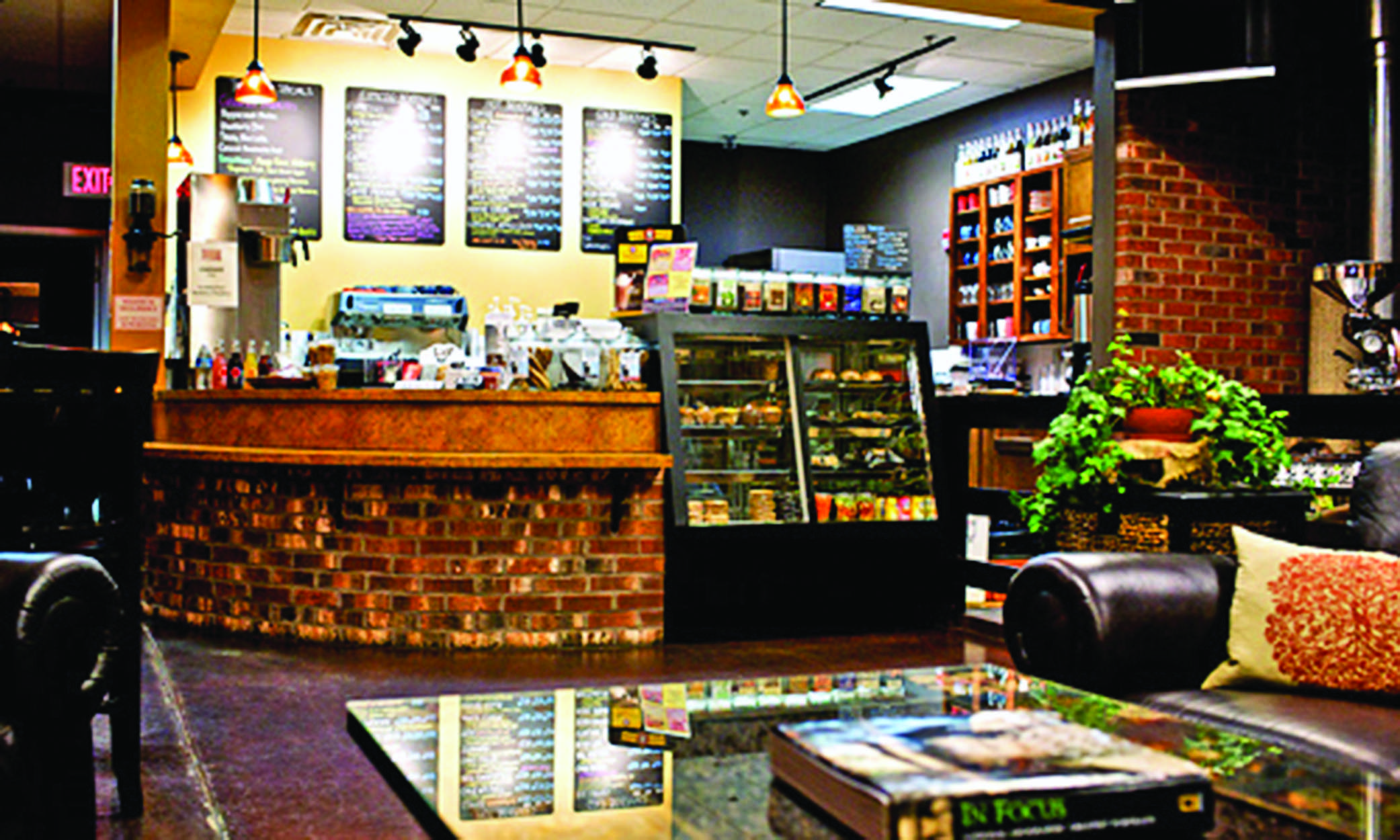 Newtown Square, just outside the city of West Chester, is home to the coffee shop Burlap & Bean; however, to call this place a coffee shop simply does not do it justice. As the stereotypical English major, one of my favorite things to do is to read with a cup or tea or coffee, preferably in a coffee shop as quaint as Burlap & Bean. One of my good friends and a fellow English major, Ryan Dean, and I had heard great things about the shop and decided to give it a shot.

Just a few miles off of West Chester Pike, Burlap & Bean is located in a shopping center that seems to come out of nowhere. The drive leading up to the shopping center greets potential customers as they emerge from the cover of trees and a small incline in the road. The shopping center can be seen at the crescent of the incline, between two large patches of trees. Tucked in the far right corner of the shopping center, the Burlap & Bean’s quaint appeal can be easily overlooked amidst the surrounding commercialization of the entire center. The shop advertises itself as a company that roasts coffee, but brews harmony, and this could not be closer to the truth.

A sign outside the door reads: “Waffles are available all day” and displays a picture of a golden brown waffle topped with whipped cream and strawberries. Ryan and I looked at each other, and smiled; we knew exactly what we would be ordering. The shop was already exceeding our expectations, and we hadn’t even entered the door yet. The shop could only get better from here!

Upon entering Burlap & Bean, one is immediately greeted with the aroma of freshly ground coffee, which is roasted onsite. Although the shop is located in a shopping center, there is nothing commercial about it.

The shop is relatively large, but its couches, deep brown wooden chairs and matching tables allowed for a homey feel.  The shop also had an elevated corner section by the window lined with stools that resembled a stage. I would later learn that this section of the shop was turned into a stage and a music venue during certain nights of the week.

The cashier, while busy preparing a cup of green tea for the customer before us, greeted my friend and me with a smile and a warm welcome that easily showed he valued his job for more than for just the money. “I’ll be with you in just one minute,” he assured while multitasking. He was just slightly raising and lowering a mug allowing hot water to pour into it from the spout of the shop’s large brewing machine. The mug was filled with something freshly brewed, steaming and green. He performed these movements with the comfortable rhythm of  habit. He then delivered the mug to the pick-up counter with a flourish and yet another warm smile that indicated he knew the customer. He then immediately turned his body towards us with enthusiasm. “So, what’ll it be?” he said in a way that indicated he was in absolutely no hurry. Although he was busy, he seemed to have a way of making us feel he had all the time in the world to talk with us about our order. This was our first time in the shop, but we felt like nothing short of patron customers, valued for our presence more than our money.

I felt that I wasn’t actually visiting a coffee shop, but rather, as though I had stepped into someone’s home and was surrounded by mutual friends, giving my order to a gracious host. I responded, “I’d love some green tea. Do you have any suggestions?” to which he instantly sidestepped towards where all of their teas lined the countertop and began picking up each green tea jar and opening it for me to smell while he explained the significance of each flavor. “This is the one I just finished brewing,” he explained. “It’s called Match Chai. It’s a ground tea rather than loose leaf, which allows the flavor to be even more pungent. It has a strong taste, but is not strongly caffeinated.” After that, I was sold. He continued describing the other teas, but I had already decided what I wanted. I also ordered one of their waffles which were available as both regular and vegan. I decided to try the vegan waffle and was beyond pleasantly surprised.

After we ordered, Ryan and I found two seats in the middle of the shop and finally began to take in our surroundings. The shop catered to a diverse set of customers. Next to us, two seemingly distant friends in their mid-thirties shared a cup of tea, each with a computer in front of them. On the opposite side of us, a group of young girls were seated on a circle of couches and appeared to have just finished opening someone’s birthday gifts. By the windows were a few people sitting alone either reading a book or typing on their computers. Directly behind us, a group of four people were in the midst of an intense game of poker. Matching the atmosphere of the coffee shop, everyone seemed relaxed and at ease. When the cashier had asked me, “Is this for here, or to go?” I held back a laugh in my smile as I replied, “Definitely for here.” This is the kind of place you come to sit, relax, and enjoy, and that is exactly what we did.

Burlap & Bean is a family-owned company that opened in 2006. The company is a proud provider of Fair Trade coffee. They have also partnered with TransFair, a United States based company that ensures sustainable development and trade between suppliers and buyers, to ensure the farmers of their coffee are compensated fairly.

Burlap & Bean is located at The Shops at Springton Pointe 204 South Newtown Street Rd, Newtown Square, PA 19073. For more information about the company or to view the shop’s menu, visit their website: <http://www.burlapandbean.com>

Laura is a fourth-year student majoring in English with minors in international buisness and technical writing. She can be reached at lw738484@wcupa.edu.

One thought on “Burlap and Beans exceeds expectations”