No. 13 IUP torches Golden Rams from distance in PSAC Semifinals 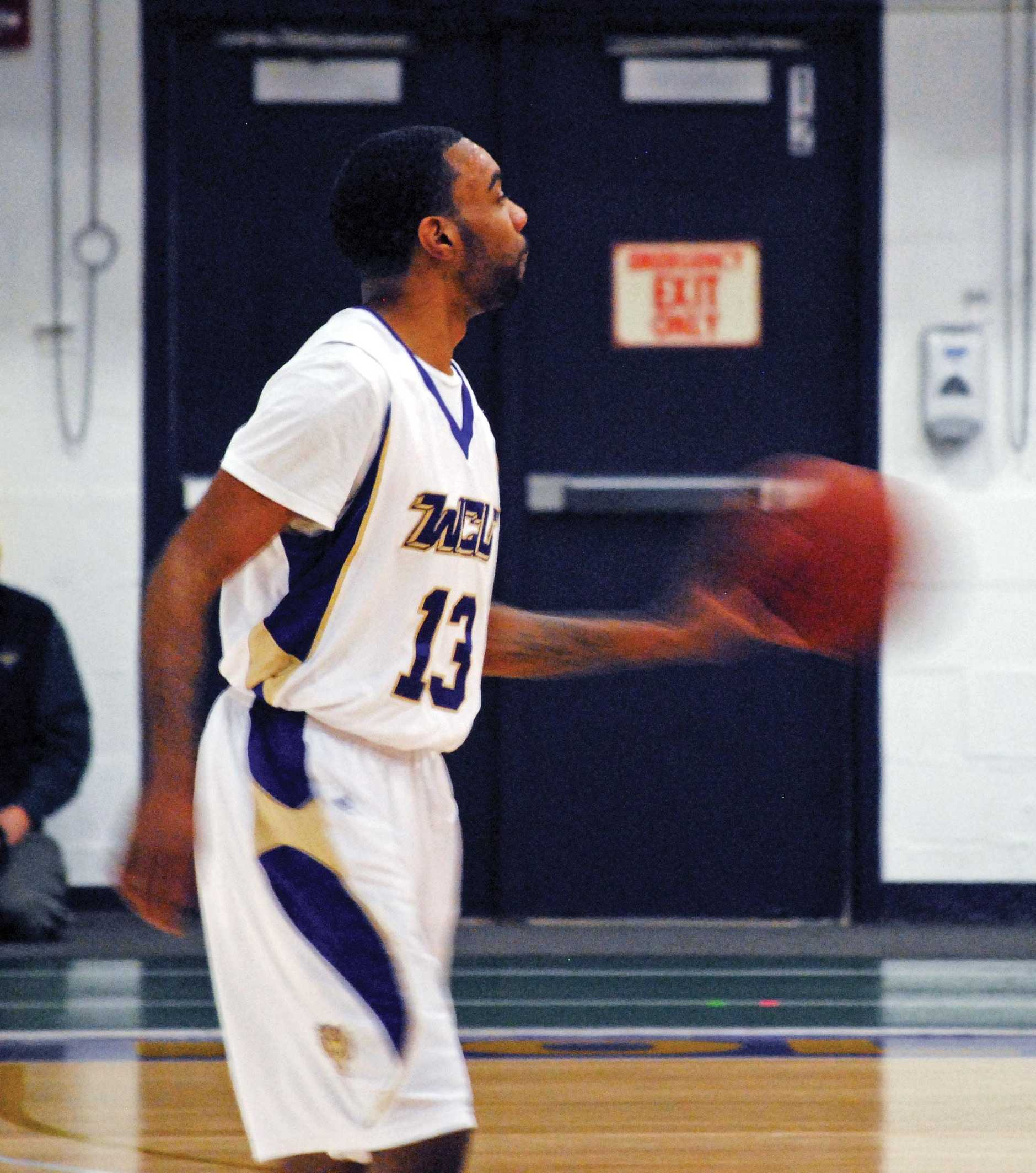 The men’s basketball team defeated Millersville 73-62 and advanced to the PSAC Semifinals before falling to host No. 13 IUP 92-76 Friday evening.

Last weekend, Millersville (19-11) defeated Shippensburg in the first round of the PSAC Tournament, setting up a date between the Marauders and the Golden Rams on Tuesday. West Chester (20-8) welcomed Millersville into a raucous Hollinger Field House that evening with one thing on their mind, advancing. Without junior guard Jaleel Mack available off the bench for the Golden Rams, someone else would have to fill his shoes both offensively and defensively.

For the first couple of minutes, both teams exchanged buckets, with Millersville grabbing a five point lead with 15:10 to go into the half. West Chester’s defense tightened up though as they ripped off the next 14 points to take a 22-13 lead while holding the Marauders scoreless for over five minutes. Twice during the run, the Rams found sophomore forward Corey Blake open on an out-of-bounds play for mid-range jumpers. The lead slowly dwindled until Millersville tied the game up at 29, two minutes before the break. The Golden Rams did manage to jump in front heading into halftime even though it was a very uncomfortable 34-31 lead.

In the second half someone would need to step up and take charge, especially in Mack’s absence; that person was junior guard Troy Hockaday. He got things rolling for the Rams in the second with an acrobatic one-handed dunk two minutes into the half. West Chester was able to stretch the lead to nine with under 15 minutes remaining. Hockaday took control as he scored West Chester’s next eight points in keeping the Marauders at bay. The lead remained close to double figures until the Golden Rams pushed it to 15, 62-47 with under seven minutes to play. The defense took care of the rest as Millersville was unable to seriously threaten the Rams for the remainder of the game, with West Chester coming away victorious 73-62.

Hockaday finished with a game-high 24 points to complement two steals and a timely blocked shot. Senior guard Jon Breeden and Blake were the other two Golden Rams in double figures, scoring 14 points apiece. Breeden, who was recently selected to his second straight first team all-PSAC East, used his  defensive pressure to result in six steals and 13 steals for the Rams as a team. Blake, who was selected to the second team all-PSAC East, led the team with nine rebounds, including five on the offensive glass. West Chester hit the glass hard as a team with seven players grabbing at least three boards.

West Chester committed only 10 turnovers compared to Millersville’s 21 due in large part to the Golden Rams ball pressure. The Rams knocked down 25 of their 33 free throw attempts. Millersville struggled mightily all night from the charity stripe as they connected on only 37 percent of their attempts.

With the win, West Chester earned themselves a spot in the PSAC semifinals where they would face off against the host, IUP (23-5). The Crimson Hawks defeated Edinboro 89-87 in overtime in the quarterfinals. To say that IUP came out on fire would be a major understatement. It took almost 14 minutes for the Crimson Hawks to miss a three pointer as they hit their first eight in jumping out to a 32-14 lead. The shell-shocked Rams were never able to recover from that start, and they were unable to defend the perimeter or the glass against the bigger Hawks. The first half lead got to as much as 20 after IUP hit yet another three making the score 40-20 with under three minutes to go in the half. IUP was firmly in control as they went into the locker rooms ahead 43-26.

The Golden Rams came out in the second half and turned the offense into high gear as they scored 50 points in 20 minutes, almost doubling their first half total. Unfortunately, IUP continued to make shots in the second half and the deficit turned out to be just too much to overcome. The lead stretched to as many as 23 in the second half and it was not until the outcome was long decided that West Chester was able to chip away at the lead, getting as close as 15 with just under 60 seconds remaining. Senior Harley Williamson ended the last game of his college career in bittersweet fashion on a dunk with 15 seconds to go to make the final score 92-76.

Breeden, playing in his final collegiate game, led the offense scoring 16 points, shooting only three of 10 from the field, but knocking down eight of his 10 free throw attempts. He also dished out a team-high five assists. Williamson poured in 15 points off the bench and grabbed a team high eight rebounds. Junior guards Shannon Givens and Hockaday were the other two players to reach double digits, scoring 11 and 10 respectively. Senior Carl Johnson struggled from the field in his final game, making only three of his 13 attempts and finishing with seven points.

IUP controlled the offensive glass grabbing 12 offensive rebounds which led to 11 second-chance points. The trio of Mathis Keita, Anthony Wells, and Scooter Renkin was just too much for West Chester as they combined for 64 of the teams 92 points. As a team, the Crimson Hawks shot a ridiculous 15 of 23 from behind the arc, while the Golden Rams made a mediocre six of 14 from distance.

The Crimson Hawks advances to face Slippery Rock (22-7) in the PSAC Championship with an automatic bid to the Division II NCAA Tournament on the line. West Chester is left to hope that they receive an at-large bid, but look as though they are on the outside looking in. While this year’s promising season came to an abrupt ending, the future is bright for this team. Losing their starting back court in Breeden and Johnson will be tough to overcome, but Givens, Mack, and Hockaday will all be returning for their senior seasons.

Up front, Williamson will be graduating, but starting forwards Blake and sophomore Eric Frans, who improved greatly as the season progressed, will be back in 2013-14. Freshman Matt Wisely made an immediate impact in his first season with the team and will be competing for a starting spot come next season. Junior Tim Flecken adds a deep threat and Ryan McKeaney will bring back depth at the center position.