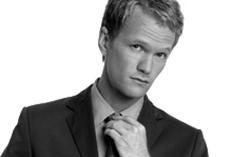 Celebrity news and gossip in Hollywood continues to thrive and flourish. Here is the latest that The Quad has learned:– Neil Patrick Harris, former Doogie Houser, M. D. star, told People Magazine in it’s latest issue that he is a very content gay man living his life to the fullest. After much speculation about his relationship with supposed boyfriend, actor David Burtka, Harris decided to suppress the rumors. His statement to people went like this: “The public eye has always been kind to me, and until recently, I have been able to live a pretty normal life. Now it seems there is speculation and interest in my private life and relationships. So, rather than ignore those who choose to publish their opinions without actually talking to me, I am happy to dispel any misconceptions and I am quite proud to say that I am a very content gay man living life to the fullest and feel most fortunate to be working with wonderful people in the business that I love.”

— Emmitt Smith was crowned the winner on the ABC hit show Dancing with the Stars, and

Mario Lopez is a sore loser. He says “I figure if this was truly a dance competition they would

have voted for the better dancer.” But he also gave Emmitt props, saying that he couldn’t have

lost to a better guy.

— Former Friends star Matthew Perry has a new gal. You might remember her from “Mean Girls” as Janice, her name is Lizzy Caplan. The two met on the set of Perry’s new show “Studio 60 on the Sunset Strip.” Caplan’s show “The Class” is shot not far from “Studio 60.” Even though the two have only been a couple for a few weeks, it is rumored that the relationship is growing hot and heavy very fast.

— Matt Lauer joked on The Today Show on Friday about him receiving an invitation to the Tom Cruise and Katie Holmes wedding this past weekend. He said that when he got it, it was addressed to “Matt Matt Matt Matt Matt” and then he laughed along with everyone else.

— And speaking of the Tom Cruise and Katie Holmes wedding, tons of stars showed up in Italy as early as Thursday to prepare for the festivities. Stars like J. Lo and husband Marc Anthony and Jim Carrey and his girlfriend, Jenny McCarthy, Tom and Katie for dinner in Italy. The couple looks as happy as ever as they get ready to embark upon the long journey called marriage. Will they last or become the next big split on the covers of the most prestigious magazines? Only time will tell.