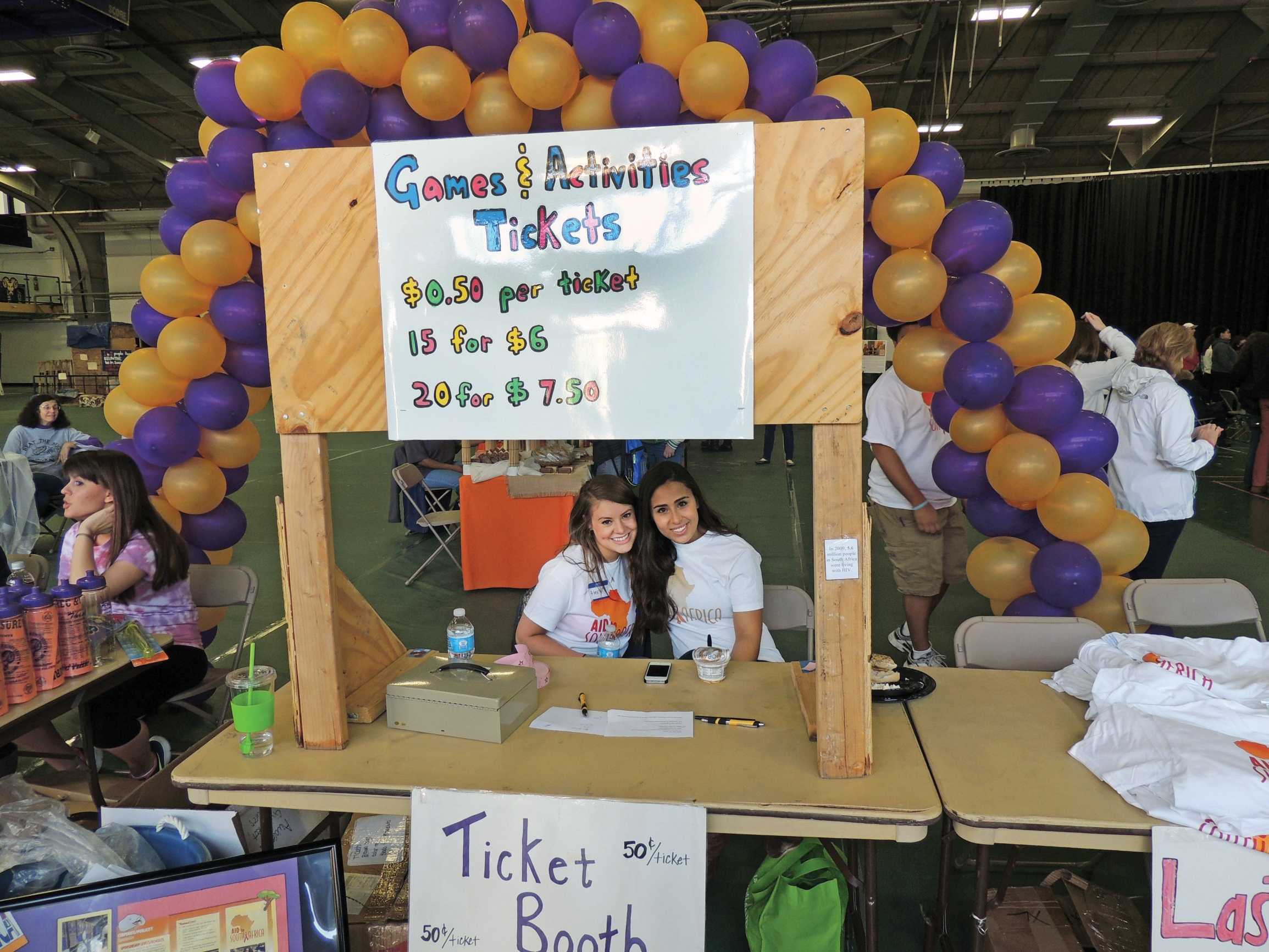 Last Sunday, from noon to 4 p.m., West Chester University’s Honors Student Association paired with a number of volunteer students throughout campus for their biggest event of the year: Aid to South Africa.

The event, which was held in Hollinger Field House and in the parking lot behind it, attracted not only students, but also a number of families and neighbors from town willing to come out and support the cause in any way they could for it’s eighth year here at West Chester.

Attending was not the only way community members found to contribute to the cause, explained Joe Kienle, a member of the West Chester Sunrise Rotary Club.

“This is the third or fourth year we’ve contributed,” said Kienle, whose club donated $1,000 to West Chester’s fund to help families and communities in South Africa.  “We have a lot of affection for this sort of project, and we’re always looking for some way to help.”

With just one look at the events of the day, it was clear that Kienle certainly was not alone in that belief.

From the time the event started up until it ended, the gym was filled with people, and plenty of activities to grab their attention and interest.  Throughout the gym were fundraising tables selling pizza, soaps, scarves, and more; many signs announced shocking statistics, games, crafts and raffles, and even a band who played throughout the event.

To match the “shoes” theme of the day’s events, thousands of shoes lined the walking track covering the perimeter of the gym: each one representing just one of the 1000 emptied by AIDS every day in South Africa.

Throughout the event, students, volunteers, and community members walked the track, reading the signs and posters which lined the walls, announcing shocking statistics about the health, social, and dietary conditions in communities throughout the country.

Outside, in the parking lot between Hollinger and Lawrence Dining Hall, more students and volunteers could be found  at tables offering tye-dye and other games, or singing along with the university’s a cappella group: The Gracenotes.

Xander Yerk, a sophomore at West Chester, said this was his first year volunteering for the event.  As a freshman wanting to get involved, Yerk attended the program.  This year, he knew he wanted to be involved in a different way.  “I’m always looking to fight for causes like this,” he said.

West Chester’s Honors Association has held Aid to South Africa annually since the Spring of 2005, each year becoming more successful than the last.

Kiersten McMonagle is a third-year student majoring in communication studies. She can be reached at KM745613@wcupa.edu.