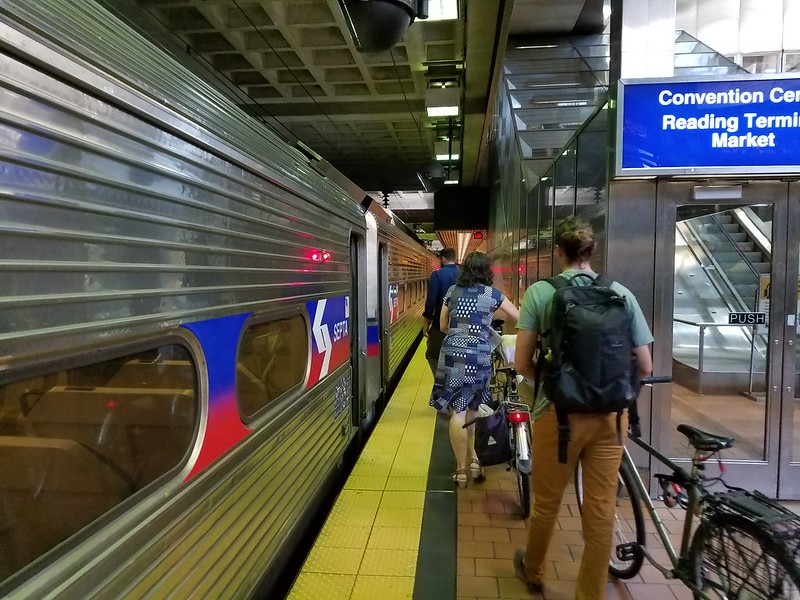 Back in July 2022, the West Chester Borough Council confirmed a resolution to seek funding for a possible plan that would restore the West Chester Railroads with Philadelphia. Deemed the Metro Concept, it would revive West Chester’s Market Street Station, which for a significant time had only existed for tourism as a commuter rail. This has set the stage for a long debated ordeal between multiple transportations corporations, and SEPTA could have the final word.

Having originally started giving service in 1875, the West Chester Market Street Station was a running center of transportation all the way up to 1986, when it was discontinued due to lack of riders and poor track conditions. Now, all that remains of the former track is minimal usage, having been inducted as a heritage railway in 1997 by the West Chester Railroad Company (WCRC), owned by the Four States Railway Service Inc., which offers “90-minute round trips between Market Street in West Chester… and the village of Glen Mills, Delaware County” as a tourism possibility. However, public attitude toward the station and the need for transportation in general has caused change.

Back in March 2014, the Chester County Planning Commission came forward with a  Public Transportation Plan, outlining their intentions for Chester County transportation on “horizon” dates of 2020, 2030 and 2040. A report by the Daily Local at the time cited commentary by then West Chester Borough Council President, Jordan Norley, who said that the “long standing conventional wisdom that West Chester will never again be serviced by rail… should be reexamined.” This tone was reciprocated by other speakers and a Committee to Reestablish Rail Service to West Chester (CRRS) was soon created, with leadership being chosen and meetings starting as soon as July of that year.

Come Sept. 22, 2015, and the CRRS had issued a 35-page report outlining everything from current railroad conditions, to ridership potential, to cost estimation, saying that the “ride scenario was forecasted to attract 1,910 weekday trips.” While an avid interest for renewal of the station had been established, the need for approved plan and funding still existed. During a 2018 SEPTA presentation meeting covered by the Daily Local, former SEPTA worker Tom Hickey concluded that “when funding is secured, the [West Chester] line,” which had been predicted to be not ready until 2040, “could be established within three years.”

This back and forth station service discussion went on and off for eight years, with the CRRS being at work the whole time, including this year at a July 20th West Chester Borough Council Meeting, during which a “resolution enabling the [CRRS] to provide rail service… between West Chester and Wawa, Delaware County” was approved. Their idea, entitled the Metro Concept, received full Borough Council support and helped pave the way for those involved to seek funding, much less than previously thought required, for the project.

What this leaves West Chester with is a decision. Should nothing happen, rental of the station would be maintained and very much extended by Four States Railway Service Inc., who is currently in talks with SEPTA to renew a possible 15-year rental of the Market Street tracks, meaning that the former heritage rails could be used only for seasonal tourism and commuter rail service could require new construction of a whole rail and station at a much greater time and cost. Should the CRRS find funding for an approved and flushed out Metro Concept plan however, electric cars made accessible through the Pittsburgh based Railroad Development Corporation (RDC) could connect areas such as West Chester and Cheyney University to the larger SEPTA line and therefore Philadelphia.

“Since that line has shut down, the population of West Chester and the area around has risen 70%” said Nate Asplund, executive vice president of the possibly electric-car-providing RDC. “[We] create a valuable corridor for multiple beneficiaries,” he said. “Our popup metro service offering is different, [it brings] mobility to a great number of excerpts that need connectivity.” The cars possibly offered by RDC would likely not be permanent but instead electric and temporary at a much lower cost. The purpose of this being that if CRRS can bring in a temporary rail service, which the RDC is, for a much lower cost, which the RDC would be, then public interest in the new temporary transportation would justify a future full-scale gas-car renewal. However, they are not the only ones vying for track use.

“We do not support the Metro Concept,” said Derek Slifer, the WCRC operations manager working through Four States Inc., who currently use the track for tourism and seek to renew their lease on it. When asked, Slifer went on saying that the current plan in place brings about “a lot of good tourism for West Chester” and that the decision to return commuter service to the Market Street station would “spell the end to [their] operation,” saying it was “very unlikely” for the two services to coexist. Slifer did conclude however by noting that the WCRC can “not object to SEPTA” and that they will follow whatever SEPTA tries to do.

Slifer’s notions of the need for private use of the rails were contested by Asplund, who told us that the RDC believes that common transportation and tourism rides can coexist in any plan they make. This possible degree of cooperation was also reciprocated by Jordan Norley, former Interim Mayor of West Chester who has since become a member of the railroad restoration council he worked to create. Norley has been an avid supporter of this renewal for a long time, with him going as far as making July 2021 a Railroad Appreciation Month. “[The recent] resolution helped get us all on the same page,” said Norley. “[The Borough] wants us to fully flesh out the West Chester Metro Concept.” Norley would go on to say that rail renewal was more than just campus connection, but that it was a remedy to the “student housing crisis,” as it lowered rent and opened up new opportunities for students.

What comes of this is yet unknown; Four States Inc. is in the middle of a six-month-long rent renewal application with SEPTA in the hopes of maintaining current track usage. Meanwhile, the CRRS has two meetings upcoming on Dec. 20 and Dec. 21 during which they will meet with the Federal Railroad Administration and the borough council. “There’s always going to be obstacles you have to climb over along the way,” Norley said but insisted that this rail renewal would be widely beneficial.

M. Bordeaux is a fourth-year History major with a minor in Journalism. MS925373@wcupa.edu