Reflections on the 2018 Super Bowl Amid a Promising Eagles Season 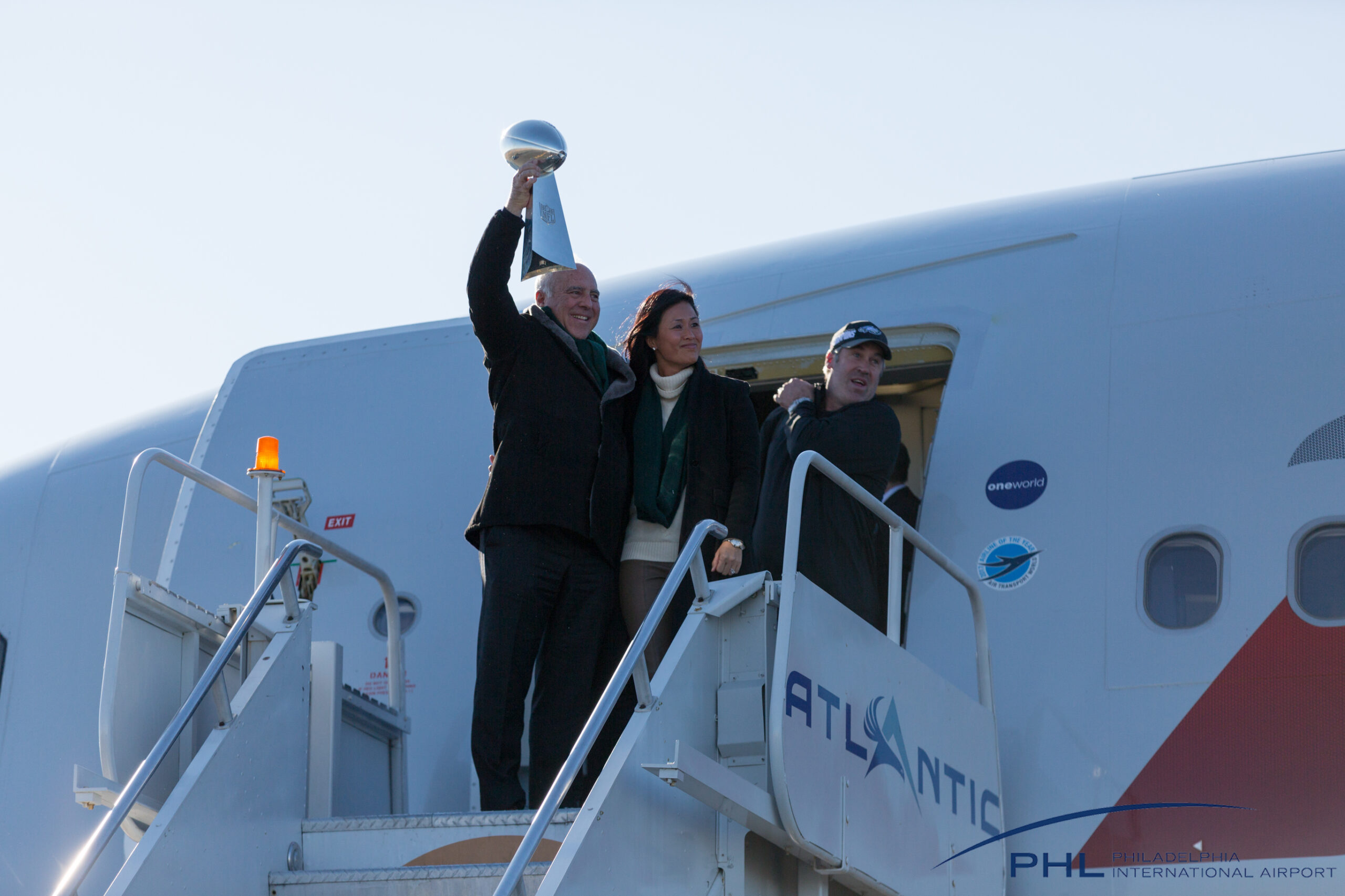 Jeffery Lurie and the Eagles arrive in Philadelphia following the Superbowl victory. Photo by Philadelphia International Airport via Flickr.

A sea of green for as long as the eye could see under the streetlights, a cascade of fireworks exploding overhead and people climbing on telephone poles even though the police greased them with oil to prevent this, this was the scene on Broad Street after the Philadelphia Eagles captured their first Super Bowl win in 2018 over the New England Patriots and Tom Brady.

Something about that season just felt different. There was something special about that team that goes beyond mere comprehension. It was almost magical. From Carson Wentz’s MVP play, to his getting hurt in Week 14, to Nick Foles taking over and leading them on a historic run, to winning Super Bowl MVP, nobody expected Nick Foles to play the way that he did. That is why they were not favored going into the playoffs even though they would be at home and also the one seed. But this team never gives up, and the “nobody believes in us” attitude perfectly encapsulates what sports mean to Philadelphia and its citizens. I think that is why the win resonated the way that it did. Philadelphia loves a good underdog story. Hence why Rocky is such a popular movie and why the Eagles donned dog masks all throughout their playoff run.

“I think everybody perceives us as being the weakest and that is fine,” right tackle Lane Johnson said when he realized that the Eagles would be underdogs all throughout their playoff run. Feeling weak and having people count you out is something that everybody can relate to. Especially in Philadelphia where our fans have a reputation of being “toxic” or “obnoxious.”

Besides just providing the lesson in never giving up and proving others wrong, this win was a moment that will never be forgotten by the fans. People have waited a lifetime to see their beloved Eagles hoist the Lombardi trophy and to see it actually happen must have been surreal. Hearing their stories told and having them reminisce fondly really makes you feel the impact that sports can have.

“For me, it was a moment I’ll never forget. When we won, me and my friends sprinted out of the house and ran up and down the streets with complete strangers chanting fly eagles fly. To be a part of this moment and being able to create a lifetime memory was truly something special.”

“During that season, the anticipation for the Super Bowl kept growing as the Eagles kept winning. I was so glad to have been able to see them win a Super Bowl in my lifetime and hopefully many more will come.”

These were quotes from lifelong Eagles fans Gemma Giuffrida and Gina Perricone, who both grew up in the Philadelphia area. Now imagine those same feelings but amplified by the waiting of the majority of your life, through the ups and downs and disappointing seasons, then seeing the Hail Mary attempt from Tom Brady bobble around and fall helplessly to the grass.

You could see these feelings and its widespread impact at the Super Bowl parade days later. There were people of all ages basked in green cheering for their hometown team. Sports really brings people together like none other.

One thing is certain about Philadelphia, it is, and always will be, a football city.

Colin Bradley is a third year English major with a minor in journalism. CB953277@wcupa.edu