We Will Not Go Back 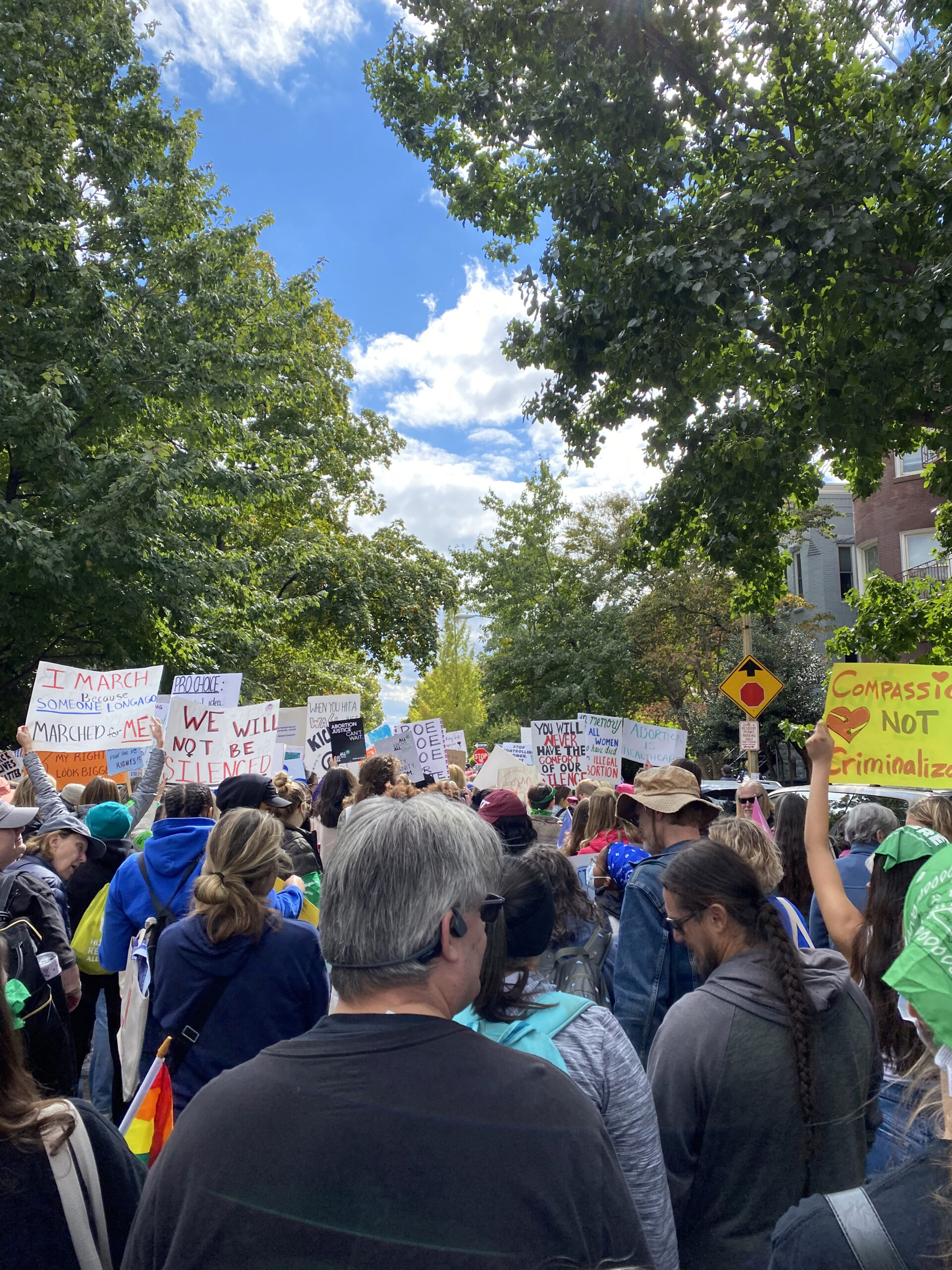 On Saturday, Oct. 8, I had the chance to attend the Women’s March in Washington, D.C. on behalf of WCU College Democrats and the Women’s and Gender Studies Department.

We left from West Chester around 7 a.m. to get to D.C. by 10:30 a.m. From 11 a.m. to 1:15 p.m., the event started; we were introduced to guest speakers, were told what to expect and how attending these rallies and marches is important. There were over 400 other rallies nationwide for women’s rights yesterday.

At 1:30 p.m., the march began. I took note of the different signs people had, demanding for change, demanding for safety in and of their bodies; several people had signs saying “We won’t go back.” Women’s rights is not just about women — it is intersectional. Taking away women’s rights affects LGBTQIA+ rights, people of color, and indigenous people. The overturning of Roe vs. Wade has taken its toll on America as abortions are now becoming either illegal or hard to obtain in different states. This has caused panic among people who need abortions — it is their choice, not anyone else’s.

Experiencing the Women’s March in person was an event I never thought I would be able to go to. For 20 years of my life, I have been advised not to go to these rallies and marches because “it is not safe” and “you are not like those people.” Being there, with all those people who are fighting for the same thing, has made me realize that I am not alone. That my voice matters. I was here, on campus, when Roe vs. Wade was overturned. I could not express my anger enough, even though my Introduction to Gender Studies professor talked about it in our class. I felt that there was nothing I could do.

Four months later, I went down to D.C. to protest. The only two people in my life who did not tell me not to do that were my dad and partner. My partner went with me to the march, as this affects them as well. We are not free until everyone is free. LGBTQIA+ rights are not free until women’s rights are free. I could feel the passion, the anger, the pain, everything – and it changed my perspective on the world that we live in. I have always known that my body is political warfare, but I never felt the weight of it until that march.

Being a Women’s and Gender Studies minor, I know that these marches and rallies are important, especially when you say that you are a feminist. It was not until this summer that I considered myself a feminist, when everything changed. We have to keep fighting until our voices are heard, until we get our freedom. If we want to protect our future children, the future generations, then we cannot stop this fight. We are fighting for us, for them, for everyone.

If you have the chance to attend any of these rallies and marches, I highly suggest that you do so. All you have is this life, you do not get second chances. So what if people do not agree with you and say that you are crazy. Fight for what you believe in. Your voice matters. Your actions matter.

Roe has fallen, we have not.

Kayla Redfern is a third-year English major with a Women and Gender Studies minor. KR983550@wcupa.edu