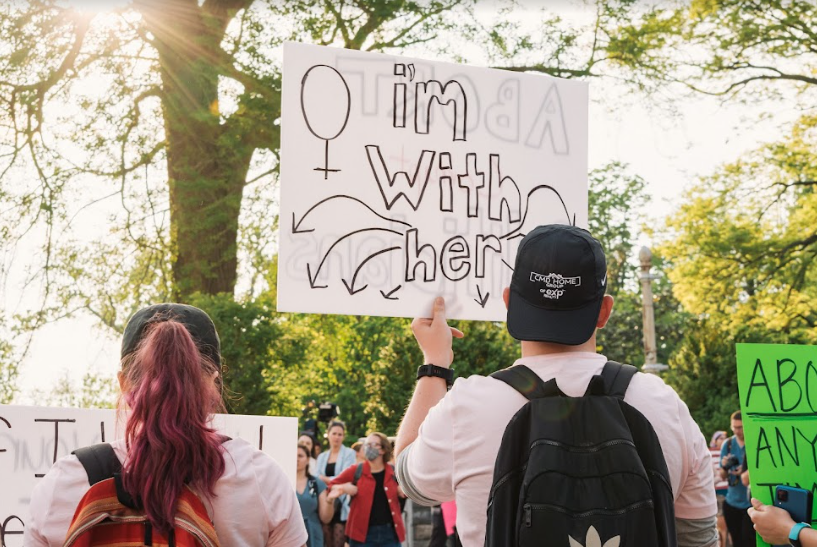 Following the overturn of the 49 year-old Supreme Court ruling of Roe v. Wade in the Dobbs v. Jackson decision this past summer, various departments at West Chester University have found opportunity in the currently contested state of abortion. As a result, the Center for Women and Gender Equity, the Women’s and Gender Studies Department, as well as others organized an event series titled “Reproductive Justice, Rights and Liberties: Conversations Post-Roe v. Wade.”

“Roe v. Wade has been the law of the land for 50 years, and its elimination creates unthinkable burdens for people who are or can get pregnant, especially for Black and brown and lower-income people living in states that had trigger laws,” shared Dr. Joan Woolfrey, Chair of the Women’s and Gender Studies Department and an organizer of the series. “Our Reproductive Justice series… is meant to shed as much light on this issue as possible.”

After the initiating event of the series — a virtual dialogue on the history of abortion — on Tuesday, Oct. 4, the most recent panel, “The Political Questions surrounding Roe v. Wade,” occurred the following day. This conversation highlighted three faculty members of the Political Science Department — Professors Shannon McQueen, Chris Stangl and Linda Stevenson — as well as Women’s and Gender Studies major Dana Pratt and examined abortion under lenses of historical context, inclusivity and global impact.

First to speak was McQueen, who brought a greater understanding of historical context to the table. She detailed the way in which research and polling suggest that abortion has not always been such a contested issue amongst Americans. Whereas it was once a topic that mattered little to voters prior to the 1960s, it has since developed into a partisan issue following an ideological realignment.

McQueen furthered this analysis by demonstrating how recent investigations show that, even today, people are not as strictly divided on the topic as we often think they are. Though evaluation of true public opinion can be challenging, findings indicate that individuals often don’t have the concrete opinions on the matter that we would expect. Stangl furthered this historical discussion by bringing into consideration other abortion related cases, such as the 1992 Planned Parenthood v. Casey Supreme Court case, in which the right to have an abortion was upheld based off precedent of Roe.

From there, Pratt prompted the audience to consider the discourse around reproductive rights through a framework of inclusivity. She described how often times what is perceived as feminism is in actuality “white feminism,” a term used to describe the tendency of feminist efforts to focus solely on white, heterosexual and cisgender female experiences, which lacks much intersectional consideration. For this reason, it is necessary to consider how we approach our conversations about feminism to ensure that we give all people a platform to be seen and heard.

“It’s important that we understand who we’re talking about when we say all,” said Pratt, who is also President of WCU’s Gender Studies Club. She later went on to describe how “slowly, people are moving towards language inclusive of people that aren’t white, cisgender, heterosexual women and it’s a change that needs to come… Terms including ‘pregnant people,’ ‘people with the capacity for pregnancy’ and ‘people with uteri’ are the future of these topics, and they’re critical to successful advocacy.”

Last to speak was Stevenson, who provided a look into the abortion situation in Latin American countries specifically. After asking the audience to take a moment of silence in respect for those who face challenges due to a lack of access to healthcare, Stevenson illustrated the situations that many young girls in these nations face, particularly in terms of violence. This aspect is yet another necessary dimension to consider when having conversations about access to healthcare.

Future events can be expected later this semester to further the discussion on reproductive justice. A conversation with Pennsylvania State Representatives is planned for later in October, as well as a talk titled “Reproductive Justice for Adolescents and Transitional Aged Youth Post Dobbs Decision” occurring on Nov. 1. Events are planned to continue in the Spring semester as well, including discussions about religion’s role in the debate, how the situation affects higher education students and what resources they have to get involved. influence on the abortion debate. For more information, refer to the Center for Women and Gender Equity to learn more about their plans for the year.

“We hope that whatever your views on this issue are, that as members of this community, you are committed to informing yourself, keeping an open mind and pursuing a path towards justice,” said Woolfrey.

Olivia Schlinkman is a second-year Political Science major with a minor in Spanish. OS969352@wcupa.edu.