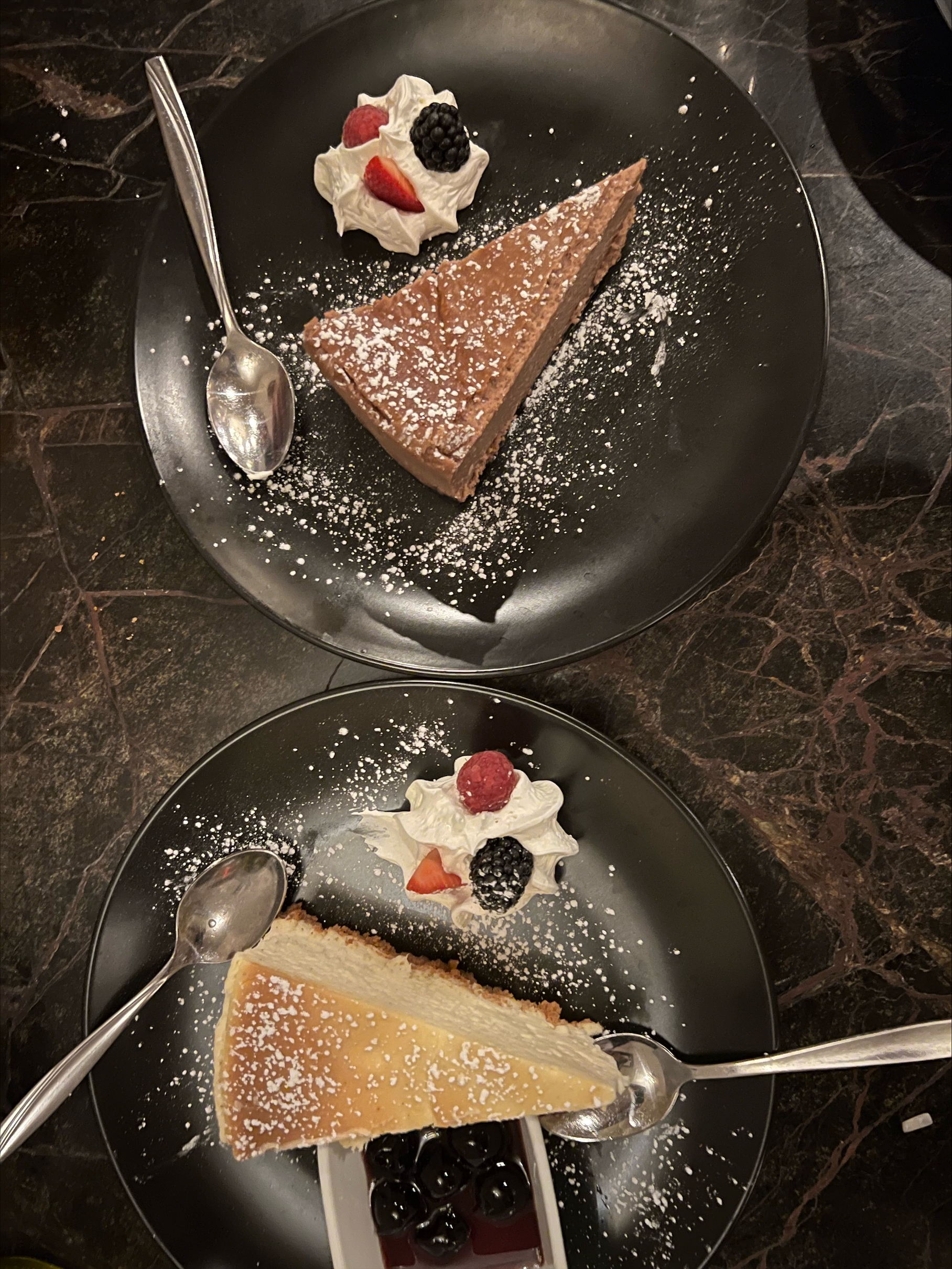 Welcome back to Local Eats Lens, a series here at the Quad focusing on the local restaurants in the West Chester area. Under the microscope this week: Limoncello.

Returning tasters Kyle, Keith and Seth joined me in making my way to N. Walnut street to the family owned slice of Italy known as Limoncello.

Inside are marble table tops and dark wood furniture, all strewn over the dining areas and contrasting with the rustic brick featured on the dimly-lit center wall.

As described on their website, Limoncello provides authentic Italian cuisine in a family-friendly environment.

“It honestly feels like a home-cooked environment,” Keith, our taster and a server of five years with Limoncello, told me. There’s an “emphasis on comforting Italian food.”

“Comforting” was a great way to state it, as the selection of items my group was able to try did exactly just that.

Starting with a few Italian staples: the Chicken Parmigiana and the Penne Alla Vodka.

Our taster, Seth, had one of the more iconic Italian dishes, the Chicken Parm. Beautifully-cooked breaded chicken over linguine and covered in Mozzarella and tomato sauce, the dish was destined to deliver, and according to Seth, it certainly did. “Despite being covered in tomato sauce, the crispness on the chicken really showed through,” he told me. “It really just hit the spot.”

I enjoyed another Italian menu classic, the Penne Alla Vodka. I also added blackened chicken, which came with a special blend of spices that really added a nice kick to the dish as a whole. The Penne itself was cooked really well and the vodka sauce was rich and creamy, but didn’t overwhelm the dish. I would absolutely recommend adding the blackened chicken, as its flavor really elevated the meal to another level. The spice and crispness added a lot of depth to both the flavor and texture profiles of the dish as a whole. Overall, it really was quite delicious.

Last for the entrees, taster Kyle had the Buffalo Chicken Flatbread topped with buttermilk ranch. “I feel that a lot of the times when people do flatbreads the meat-to-bread-to-sauce ratio is off,” he said. “But I think that the ratio was really good, the distribution of ranch, buffalo and chicken was perfect.”

As great as the entrees were for our group, they were somehow outdone by the incredible dessert we enjoyed.

Our final items were the Nutella and Vanilla Bean Cheesecakes, and let me tell you that with our group, they did not last long. Both flavors were great in their own way — the Nutella was incredibly rich and had a really wonderfully dark flavor. The Vanilla Bean was light and airy and was almost refreshing. Both of them were incredibly delicious and absolutely melted in your mouth. By my standards, it was far and away the best cheesecake that I’d ever had.

Our experience at Limoncello was great, from the service and ambience to the incredible meals and desserts that we enjoyed, everything was absolutely top notch.