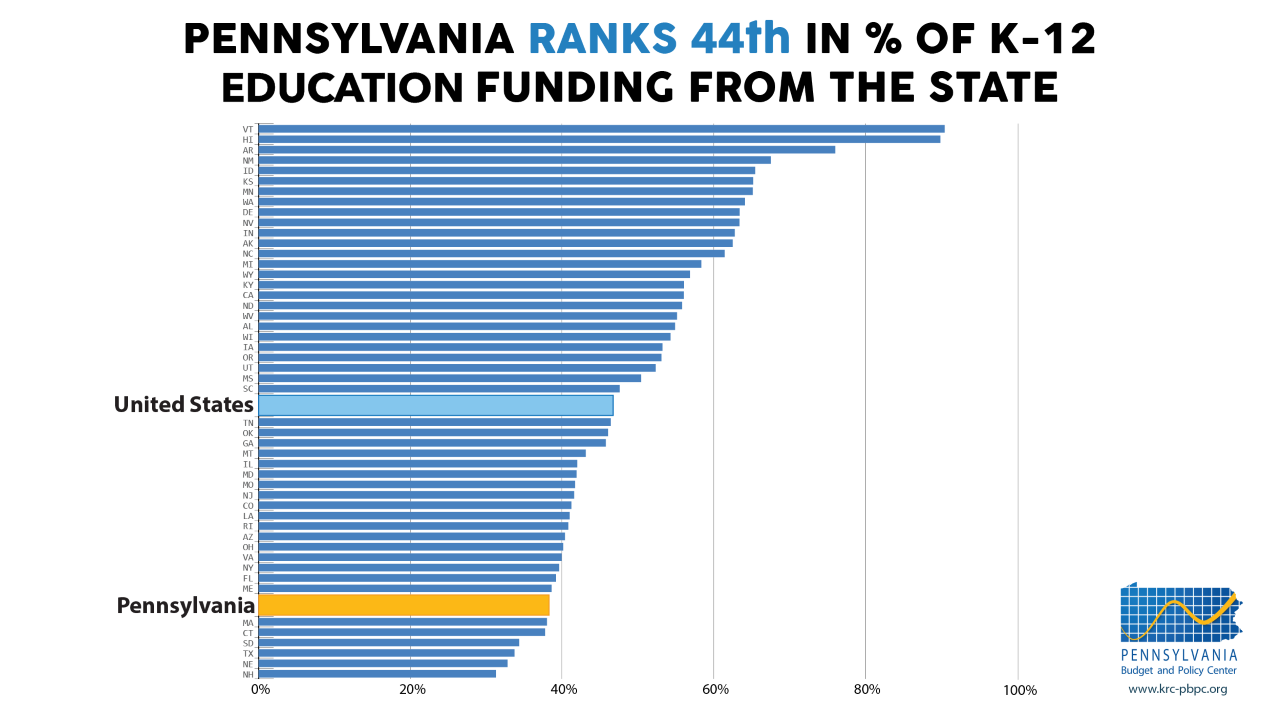 On April 7, 2022, several organizations came together to host the PA Higher Education Forum. Those groups included the PA Budget and Policy Center, Association of PA State College and University Faculties (APSCUF), Education Voters of PA and the Campus Vote Project (CVP). There were several people in attendance including current college students who wanted to talk about financial issues and funding.

There were several statistics presented about higher education including comparisons of Pennsylvania’s funding and other states’ funding for higher education. According to the event, Pennsylvania investment in higher education is less than average as compared to other states in the US. It currently ranks in fourth place from the bottom, which is not a very good place to be in out of 50 states. They also mentioned that a lot has happened since the recession in 2008.

For example, tuition at Pennsylvania state schools has increased on average by $2,521 while the amount of money spent per student has been going down. Specifically, according to the presentation, “PA has cut higher education funding per student by 33.4% since 2008, the 6th greatest cut of any state in the country.” They also mentioned that Pennsylvania has, “the worst college expense burden in the country, relative to income, for white, Black and Hispanic students.”

One thing I thought was interesting was the analysis of current spending in Pennsylvania. For example, the state currently spends more on correctional facilities than on students in higher education. They also mentioned that the state currently pays race horse winners money through the Race Horse Development Fund. The Nellie Bly Scholarship aims to divert this money to higher education to help 44,000 PA students afford to go to college. They mentioned the qualifying factor is to have a household income of less than $105,000 per year.

Two of the students that came spoke their thoughts on the subject, Melissa Stough, who is working towards a Master’s Degree in Higher Education, says most of their challenges throughout college have been financially. In Kutztown, they have a grad assistantship, but oftentimes one does not receive the money until several weeks in, when payments like housing and textbooks are already due. They said, “For a lot of people, we’re funding our own education” which I believe is true all over Pennsylvania. Not everyone has a parent or scholarship to help out, and many students are left with this burden.

When discussing the bill, Stough stated, “A bill like this could relieve so much stress.” They believe that this bill would be beneficial to students’ mental health. The other student was William Turner, who currently attends Bloomsburg University. He is a first-generation student, and did not realize all of the costs associated with college, which he said was a shock. He currently has multiple jobs to help pay his expenses. Turner says, “The cost is so massive, even to go to a state school” and he discussed how it takes a toll on students.

I’m sure many of you reading this have student debt, and maybe you are stressing about your finances. I will leave you with one quote from Susan Spicka: “how different would your college experience be if you didn’t have to worry about finances?”