Organization Of The Week: Veg Out 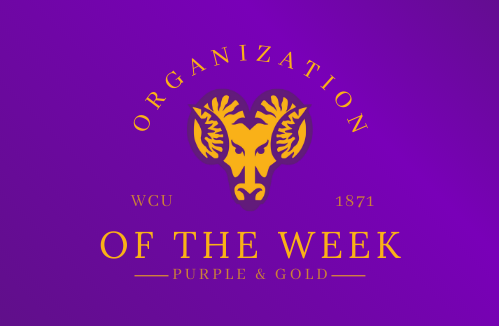 Sustainability, quality and community are all important aspects when looking at an organization. Sometimes, organizations are sustainable in their purpose, but unable to be sustainable in their leadership. Quality over quantity is usually a good measurement when judging the actions that should be taken regarding any given activity. And a community should always be fostered, grown and built on the premise of welcoming diversity. All three of these aspects come into play when talking about Veg Out: a vegan based organization at West Chester University (WCU).

First founded around 2017, Veg Out was meant to be a place for students to come together and discuss veganism, as well as serve as an environment open to personal beliefs on the matter. Since the organization’s founding, it has undergone leadership changes, and tackled the issue of sustainability of leadership within its own walls. Prior leadership within the organization focused on collaboration with PETA (People for the Ethical Treatment of Animals). The organization has since shifted to focus more on the vegan aspect of the organization, spreading information on the topic, and sharing food in the process. Overall, Veg Out is a place for all students, no matter your dietary preference. After facing a slight dormant period during the virtual academic year, like many organizations at WCU, Veg Out has since been revitalized.

The main sticking point making Veg Out unique is its emphasis on veganism, and while it is not a determining factor for its membership, the organization does serve as a home for those that are vegan. The organization is also a place where students can pick up new recipes, and share their own vegan creations with their community. Veg Out is also a relaxed organization that hosts events that revolve around yoga, painting and even gardening. With another goal of environmental sustainability, Veg Out looks to accomplish said goal through community events, and spreading useful information to peers. The organization is also a place where students can get weekly vegan meals on and off-campus. Through sustainability, high quality food, and a relaxed and educational community, Veg Out is a unique organization that deserves a visit.

Through collaboration with groups both on and off-campus, Veg Out seeks to commit to service. Most of the organization’s service opportunities revolve around events, like a fundraiser the organization hosted this past December. Veg Out, through that fundraiser, raised over $800.00 for the organization Support and Feed. Another instance of the organization giving back would be when the organization volunteered at the south campus gardens on April 1 of this year. Veg Out is dedicated to service all around the WCU community, and you can read more about their upcoming service events in the upcoming events section. From partnerships with the Sustainable Living Yoga Club, to collaborations revolving around plant-based cooking with faculty like Dr. Subach, the organization tries to give back at every turn possible while involving the community along the way.

Below are the experiences of current officers and membership of Veg Out. The experiences of your fellow students should highlight what makes Veg Out a great choice for you to join or check them out.

Melina Schauerman, Vice President of Veg Out, has been with the organization since fall 2019. They stated the following as to why they joined the organization, “…because I didn’t personally know anyone vegan and I wanted to find people whom I could share this part of my life with and find people who felt the same as I do about veganism.” Schauerman further stated, “being a part of Veg Out has been amazing. I have been able to meet people that I would have never met otherwise and I have found a community to which I feel like I belong and can relate.”

Kathryn Krueger, future sustainability advocate of Veg Out, has been with the organization since fall of 2021. They stated the following regarding their thoughts on the organization: “Veg Out has reached out to serve those in and outside of the organization, like when Veg Out hosted a student-led discussion on food insecurity on campus. I think Veg Out has engaged the local community through many fun and diverse activities – I really think it is one of the best clubs at WCU.” Krueger further stated, “Veg Out also strives to create open spaces and community so people can connect,” and “Veg Out is aimed at making the organization and West Chester University more sustainable by minimizing its waste production.”

Joshua Filer, President of Veg Out, has been with the organization since fall 2021. They stated, “I wanted to join the organization because I never had a vegan friend in my life.” Within Veg Out, Filer was able to meet like-minded individuals. Filer “also firmly believes in forming environments for yourself where you can thrive and invest in others,” something “Veg Out has done this year.” Filer further stated that “Veg Out is for everyone. It is highly involved with multiple offices across the school, such as the office of sustainability, the nutrition department, as well as the business department.”

In terms of upcoming events for Veg Out, a complete list can be found below. For more information, join Veg Out on Ramconnect to stay up to date on everything they have going on. Also follow their Instagram account to see all the fun events their community is hosting.

Upcoming events for Veg Out:

Evan Brooks is a fourth-year Business Management major with minors in Economics and Civil and Professional Leadership EB916132@wcupa.edu.