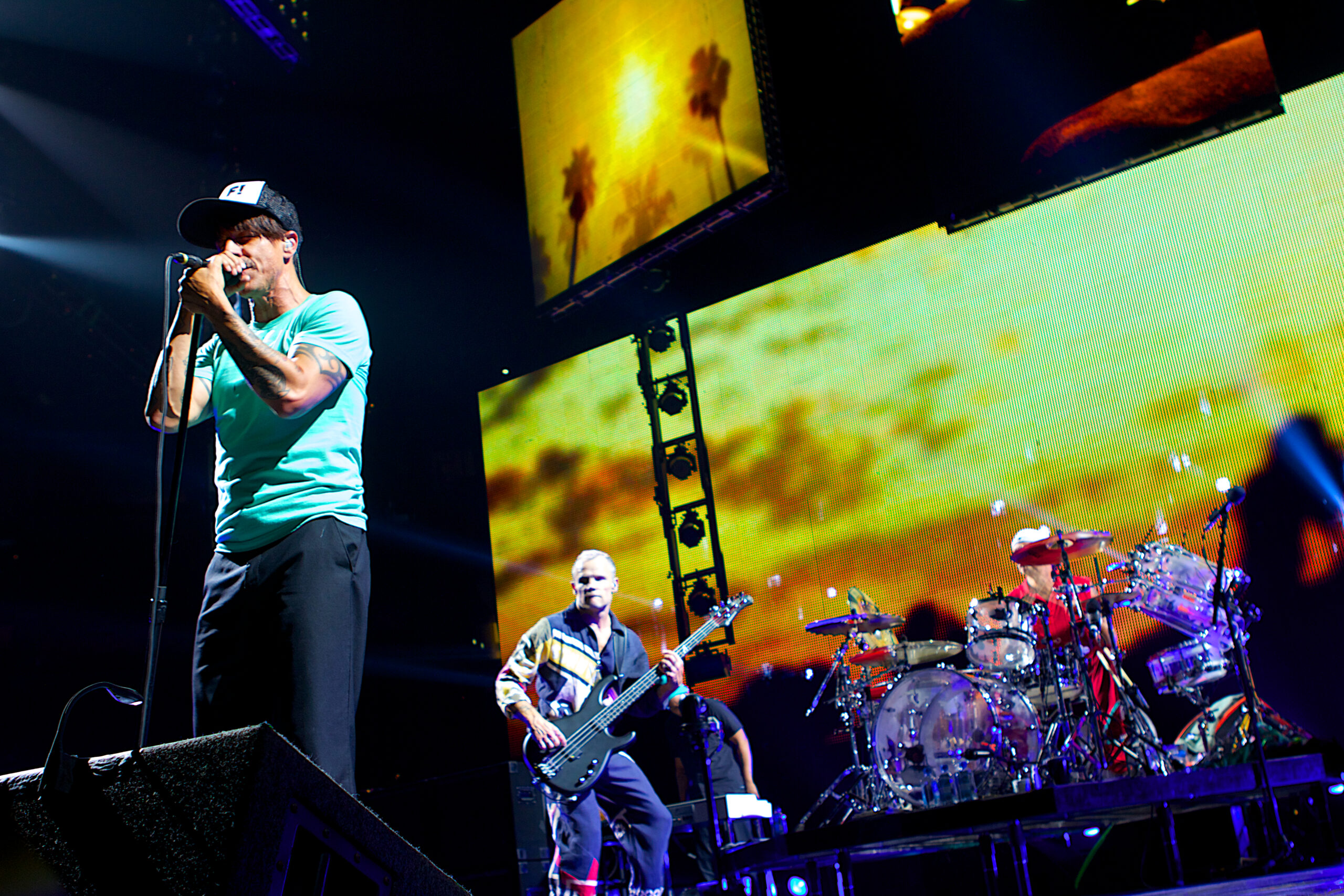 On April 1 (no this is not an April Fools joke), the Red Hot Chili Peppers released “Unlimited Love,” their highly anticipated 12th studio album and first since “The Getaway” which was released in 2016. The record marked the return of guitarist John Frusciante who left the band in 2009, and producer Rick Rubin, who last worked with the Chili Peppers in 2011 on the groups “I’m With You” album which was the first of two efforts to feature Josh Klinghoffer on guitar.

Clocking in at 73 minutes, “Unlimited Love” is one of the longest albums in the band’s discography. The lead single and opening track, “Black Summer,” shows the band at the top of their game, with Frusciante’s guitar work pairing nicely with the energetic bass riffs from Flea, and thundering drums from Chad Smith. Vocalist Anthony Kiedis kicks off the song with a curiously unrecognizable Irish-influenced accent, which he states is a nod to Welsh singer-songwriter Cate Le Bon. He delivers a strong vocal performance throughout, singing about his desire for the end of a tough time period with no current end in sight. The song returns to the band’s roots, and is reminiscent of classic tracks such as “Under the Bridge” and “Californication.”

“Here Ever After” follows “Black Summer” as the second track on the album. Flea kicks off the song with a powerful slap bass riff which leads into Kiedis’s rap infused lyrics about a toxic love with a woman who is ultimately a bad influence. The track is my personal favorite and it stood out to me at first listen due to its catchiness and high energy that is evident throughout.

“Unlimited Love” contains a nice mix of upbeat tracks and ballads which keeps the album unpredictable and full of surprises. This is especially important for a band that has a diverse fan base across the world. While we see the band in familiar territory on tracks such as ”Aquatic Mouth Dance,” “Whatchu Thinkin’,” and the aforementioned “Black Summer,” we also see their sound evolve in tracks such as Veronica, the power ballad “Not The One,” and “Bastards of Light.” On the song “The Heavy Wing,” Kiedis takes a back seat to Frusciante, who handles most of the vocal duties and delivers a standout performance.

Frusciante’s funk driven guitar work is a breath of fresh air and helps capture the band’s legendary sound nearly 40 years into their legendary career. “While I’m With You,” and “The Getaway” are two fine albums, it was clear something was missing and that is evident with his return. His riffs take center stage in standout tracks such as the second single “These Are The Ways” and the closing track “Tangelo” which is a beautiful ballad that undoubtedly draws inspiration from “Road Trippin,” the closing track from the band’s critically acclaimed seventh studio album “Californication.’

If you are expecting an album full of radio friendly tracks, you will be disappointed. This album takes you on a journey with many tracks clocking in at over five minutes in length. The album will take several listens to grow on you, but it is worth the listen as you will find the band is still firing on all cylinders, perhaps reenergized by the return of Frusciante to the fold.

“Unlimited Love” is a powerful return to form for the veteran rockers. It is arguably their best effort since “By The Way,” which was an exceptional album in and of itself. The album is jam packed with material, and with 17 songs, there is no shortage of creativity from the Chili Peppers. The band has shown no signs of slowing down, with a new album already in the works and a world tour expected to begin this summer with a stop in the Philadelphia area in September. Check out “Unlimited Love” on all streaming platforms, or stop by a record store near you today to purchase!