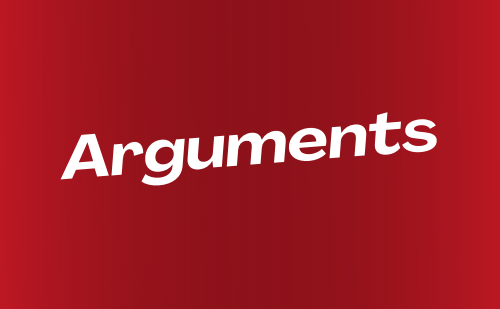 Arguing, to most individuals, is not a fun activity. Arguments can be painful, create unnecessary conflict in a relationship and more often than not, fail to achieve their intended goal of proving one side is right. First, if anything is true, the fact is we are not always right and to acknowledge that fact is imperative to growth. This article is not intended to argue a point, but rather shed light on how we can better argue our points, understand what the other side is trying to get across and show how something we associate negativity with can bring about positive change in our lives and our relationships.

If you only gather one thing from this article, it is that we should seek understanding not confrontation. Should you understand where the other person is coming from, their experiences and thoughts, you can better come to an agreement, or at least agree to disagree a bit faster and nicer.

In an article published by VOX, and written by Brian Resnick, it is stated you should above all “listen. Your ideological opponents want to feel like they’ve been heard.” The VOX article mostly goes into how to deal with politically divergent individuals from your own views, but the main point remains the same. Should you not listen, actively, to the other side, you will not get anywhere.

Another important note from the VOX article, is that “in talking about their own lives, the voters engage in what psychologists call ‘active processing.’ The idea is that people learn lessons more durably when they come to the conclusion themselves, not when someone” shoves information down the other person’s throats. It is generally unhelpful to just argue your side and state your points, while not hearing out the other person. If your goal is really set on the premise of convincing the other person, then you have to realize you cannot, at least not directly. The goal should be to find common ground in your conversation, and connect where you line up, and use your commonalities and their values as a bridge to your point, making it the obvious choice for the other individual. Generally, we should “…point out our common humanity, which then opens the door to reducing prejudice and changing opinions.”

Perception is also key in any active discussion or debate. “In an article published by TIME and written by Walter Sinnott-Armstrong, it is stated that, “if you yell, ‘Yes,’ and I yell, ‘No,’ then you see me as selfish, and I see you as thoughtless. Neither of us learns anything, so we neither understand nor respect each other, and we have no basis for compromise or cooperation. In contrast, suppose you give a reasonable argument.” A reasonable argument takes into consideration all the points of the other side, while detailing where you are coming from and why your path is the best to walk down. The opposite of a reasonable argument would be pure yelling, no content, all emotion, like mentioned above with the yelling of “yes” or “no.” Either way, shifting the point in which we combat the argument from is also helpful.

The TIME article continued, “if we readjust our view of arguments — from a verbal fight or tennis game to a reasoned exchange through which we all gain mutual respect and understanding — then we change the very nature of what it means to “win” an argument.” Winning an argument is not having the other person in tears, or you having yelled the loudest. Winning an argument is where everyone wins, where everyone has come to some sort of agreement they can live with.

Should we learn anything, it is that we cannot get all that we want all the time, but we can coexist in a plane of compromise and understanding.