Aesthetics is a Form of Visual Art We Can’t Get Away From…..and We Have Monroe C. Beardsley to Blame for That 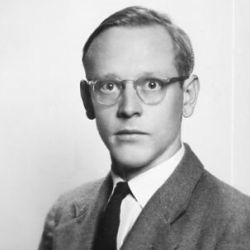 Monroe C. Beardsley’s use of aesthetics as a way to show the human experience through art captivates why the art form has seen such an influx from when he first wrote about it in 1958, to now in the 20th century.

In Beardsley’s book “Aesthetics: Problems in the Philosophy of Criticism,” he says, “whenever we want to say anything about an aesthetic object, we can talk about its presentations.” The presentation of aesthetics is used to showcase many forms of colors, shapes and people. Back in the 1900s of course, you had artists who loved to experiment through art. But in normal life, everything was pretty basic and not a lot of people stepped out of their comfort zone. But now, through the turn of the 20th century, everyone is more comfortable being themselves and different. So we have more people showing off their aesthetics and ways to express themselves through their clothes, personality and the way they decorate their space which are all means of aesthetics.

One user Steve Holder said, “Aesthetics are to make a statement, an added layer of love given to an object as an expression of pride or creativity that’s over and above the basic needs provided by the object. Like icing on a cake. Or the chrome bumper on your car. A nonessential refinement of any object or appliance only to please the eye and induce trust.”

Another user,Theresa Lorenzetti had the opinion that, “Aesthetics is important because it elevates your mind. To be able to think in terms of aesthetics enables you to think on many other subjects as well. To appreciate beauty enables you to judge right from wrong, good from bad, happy from sad. To surround yourself with beauty is a way to love yourself with the gift of an enlightened mind.”

Monroe C. Beardsley is one of the pioneers of how we interpret aesthetics in the form of art. Aesthetics are a big part of the way people express themselves in today’s society. Creativity is something that’s always involved and art forms like aesthetics are a pillar of it.

Monroe C Beardsley is a notable philosopher for his works in the arts and human expression. One of his famous works is the use of aesthetics. In the human expression of art and telling a story through something that blanks to then making it have so much meaning to yourself and others.