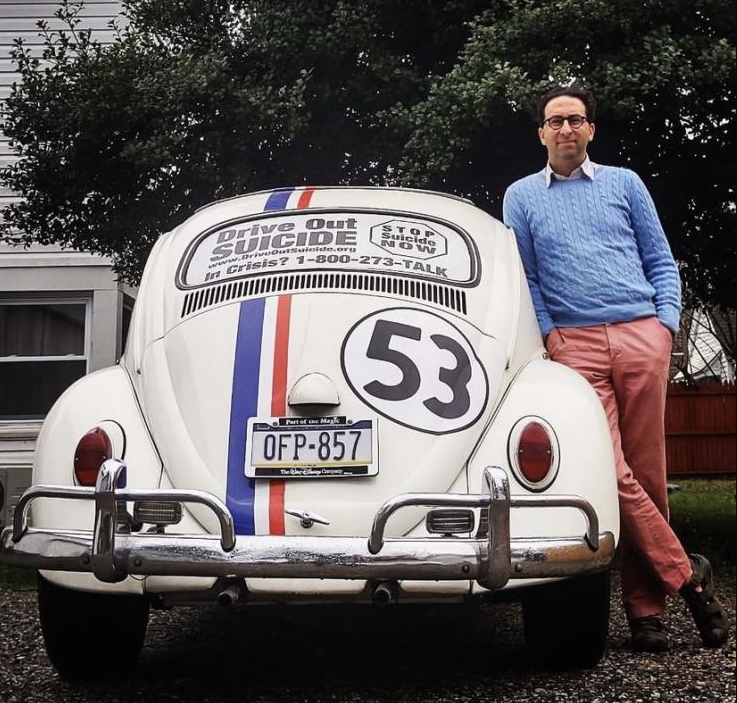 In a time of conflict, uncertainty and hopelessness, one can fall into a very dark place. Depression and suicide are nothing to joke about and are very serious issues across our campus, as well as abroad. There are some brave people out there who work selflessly to spread awareness about suicide prevention and make it their personal mission to do so.

Enter Gabriel Nathan, a mental health and suicide awareness advocate from the Philadelphia suburbs who drives a 1963 Volkswagen Beetle daily. Why is this car so important, you may ask? It’s because this specific Beetle is a replica of Herbie the Love Bug, the charming little car from the 1969 film “The Love Bug.” Nathan, who is a self-described “Herbie freak,” uses Herbie to attract attention to the these issues that plague humanity through the use of a rear window graphic, which reads “Drive out suicide, Stop suicide now,” as well as lists both the website www.DriveOutSuicide.org and the National Suicide Prevention Hotline. Many people may not know this, but Herbie the Love Bug is the only car to ever attempt suicide in motion picture history. By knowing this, Nathan knew he had to use Herbie, a car that many people recognize and love, to draw attention to suicide awareness.

Nathan bought Herbie back in 2017 from a gentleman in New Jersey. When he was purchased, Herbie was just a plain, off-white Bug with a few issues here and there. Over the past five years however, Nathan has restored Herbie to an impressive state and has spent countless time and money doing so. He put on the graphics, a faux sunroof, wider racing wheels, three-point shoulder belts and chemical fire suppression system for safety, front disc brakes and modern electric wipers in place of the original vacuum-operated ones. All these items help Nathan both reliably drive the car daily and spread the message of suicide awareness more effectively. Everyone recognizes Herbie, and even if you don’t, a 59-year-old VW will catch your eye. That is the ultimate goal, after all: that maybe, out of the hundreds of thousands of people whose eyes  lock on to Herbie’s rear window, they see the number and call if they need help.

Other than driving around in his best friend, Nathan has also done work on his own, such as giving a TEDx talk in West Chester on how to change the stigma and dialogue surrounding suicide. He has also created and been featured in his own professional documentary film, “A Beautiful Day Tomorrow: Taking Suicide Awareness on the Road,” which covers an 1100-mile journey with both Gabe and Herbie travelling around the east coast attempting to decrease stigma and spread awareness by collecting stories from suicide loss and attempt survivors.

Nathan is doing the work that many people often overlook in our society. But suicide prevention doesn’t require everyone to do what Nathan is doing. Everyone can prevent a tragedy like suicide from happening. Nathan says it best: “Anyone can be at risk for taking their own life. Anyone. And the flip side of that is, anyone can prevent a suicide. Anyone. It’s a matter of paying attention to the people around you, knowing when someone’s behavior is inconsistent with how you know them to be, knowing risk factors and warning signs, and taking action: ask someone if they’re suicidal. Ask. It’s an incredibly powerful thing, and it opens conversations up that you’d never believe you could have. And that could save a life.”

Alden Heller is a fourth-year English major with a minor in Journalism. AH901260@wcupa.edu