Students Are More Than Products 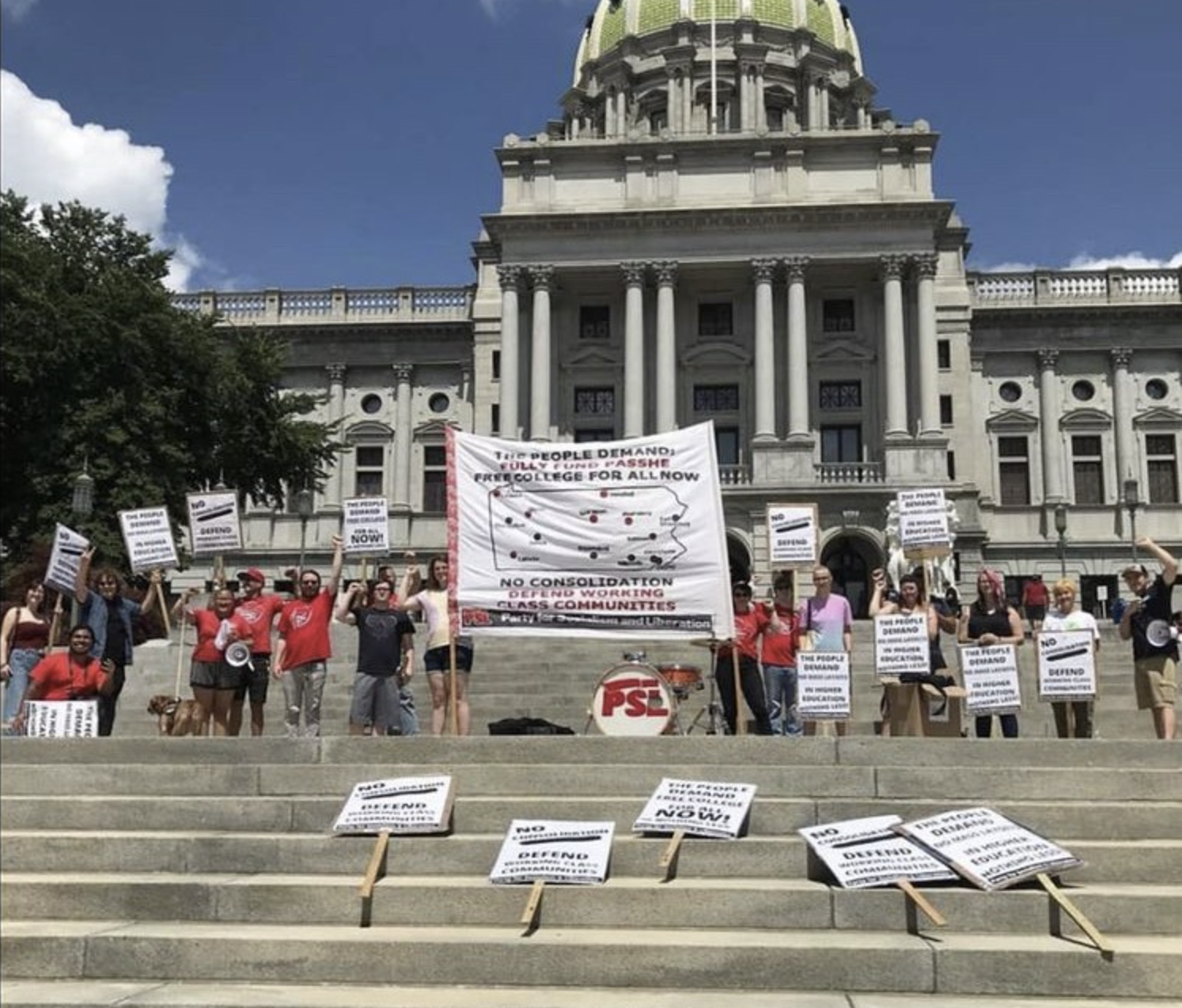 On Feb. 9, there was a joint House Education & Appropriations Committee public hearing of the Pennsylvania State System of Higher Education (PASSHE) regarding their report pursuant to Act 50 of 2020. For those unaware, Act 50 is what outlined the powers given to the PASSHE Board of Governors and chancellor to consolidate institutions. Currently, there is a consolidation, or merger, happening to Bloomsburg, Lock Haven and Mansfield Universities, in what is referred to as the Northeast. Additionally, there is consolidation happening to California, Clarion and Edinboro Universities in what is going to be called Pennsylvania Western University. This act also requires Chancellor Daniel Greenstein to appear before these two committees quarterly to report.

In this meeting, it was unsurprising to see the continued view of students as raw materials to be produced into products, to be placed at the feet of whichever employers need more labor. In the very beginning of the hearing, in response to a question about the budget request from Rep. Jesse Topper (R, Bedford), Greenstein responded that the “$550 million allocation […] is the new base level of general fund appropriation […] to enable the state system to meet the [state system’s] share of the state’s workforce development goals.”

Similarly, this view of students could be seen by the chancellor responding to a question by Rep. Zachary Mako (R, Northampton) near the end of the hearing, stating, “The question is what product does Pennsylvania… what product does our owner want us to produce.” Nothing about the education of students in society is mentioned, but that quote implies the view of us students as raw materials or products and the legislature as our owner who decides our destiny, taking away our freedom of education. Proposed at this meeting was something where the legislature, governor, chancellor and Board of Governors have an authoritarian rule over the education of students.

This rule could be directly seen when Rep. Peter Schweyer (D, Allentown) asked the chancellor about certain majors going away. As Schweyer said, “there are majors that are just… being shuttered across the system […] talks about philosophy and talks about physics and majors like that, that are being closed or reduced.”

Greenstein explained, “I’m going to use specific universities to answer your question about program reduction. California University [of Pennsylvania] in 2018 had about 110 programs… as part of the [consolidated] entity in the west students will have access to 100.”

Additionally, Greenstein explained, “So you know you gotta make these trade-off decisions and we typically make trade-off decisions in two ways. One of them is [dependent on] the student demand.” Many would argue there is student demand for these programs, but the state system continues to not supply the funding levels needed to ensure students can afford an education.

Furthermore, Rep. Emily Kinkead (D, Allegheny) said, “Last time we talked [about] what the greatest threat to this consolidation was and you specifically and very quickly pointed out burnout. I’m wondering what it is that you’re doing in order to address that issue?” Greenstein  responded, talking about “really strengthen[ing] our muscles as a culture of acknowledgement. Very few organizations are sort of cultures of acknowledgement. You did a great job, thank you. And it’s amazing how important that is.”

I truly wonder whether our Chancellor Greenstein really understands that the lack of funding leads to this burnout or decline in enrollment over the past 10 years. And I personally don’t want a “thank you” or a “good job” when the allocation to PASSHE in the early 2000’s was around $700 million, and the chancellor is only asking for $550 million. I want a fully funded state system of free public higher education and it doesn’t seem the supposed owners of the system want that; they only want us to be raw materials produced as our owners see fit. We will continue to see this demise of a public higher education in Pennsylvania as the chancellor and others redesign the system in their own image — an image which skews the true purpose of education as something truly freeing and liberatory, but instead turns it into an authoritarian education seen solely as a workforce training to appease the demands of the employers of Pennsylvania. We aren’t products, we are human beings.