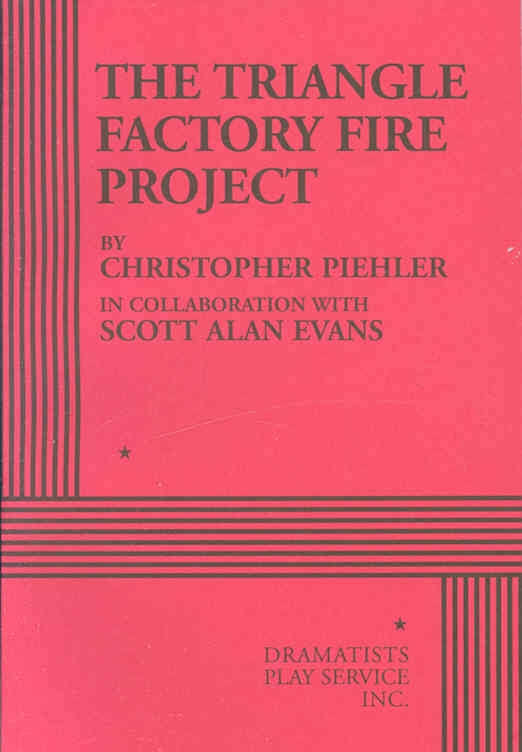 “The Triangle Factory Fire Project” is an upcoming play that tackles a terrible tragedy in American history and the enduring effect of its aftermath. I spoke with Professor John Bellomo on the production and the challenges of directing.

This interview has been edited for clarity.

First off, can you tell anyone unfamiliar what “The Triangle Factory Fire Project” is based on?

The backstory is that, in 1911, the Triangle Shirtwaist Company was one of the largest companies in New York City. And in 1909, women garment workers had gone on strike for better pay, better working conditions and better hours. They were working 84 hour weeks with no time off, and were getting paid about $9 a week. They gave in, but they got a little bit better pay, they got a little bit better working conditions. So fast forward to 1911, and fire breaks out in the factory. In half an hour 146 people died, mainly women and young girls. This was due to two main reasons. One was that the owners of the factory ignored fire recommendations. Another reason was one of the exit doors was locked because the owners were worried that the women were going to steal clothing. There was a trial afterwards, in which the city prosecuted the owners of the factory and they were found not guilty of causing the death of their employees. And what’s crazy is each family of the deceased received $75 but the owners got paid $475 per worker because they had insurance. So in today’s money they made millions of dollars off the death of their workers. It’s a crazy case. It’s the reason why we have a lot of these laws today.

This seems unusual both in subject matter and format for a play. Can you tell me what drew you to this particular play?

Honestly, I didn’t really know this story. I knew a lot about the workers’ movement in the early 1900s, and the laws that we take for granted came out of the time period. But I didn’t really know about the Triangle Shirtwaist Company until last year…a student recommended that we read it in a directing class. I read the play, and I thought it was an amazing story. I really was drawn to it. And I think the reason why it’s important for us to do it today is I don’t think a lot of people know this story. We’re living in a time right now where people are calling to deregulate corporations, and a lot of people are forgetting what happens when corporations aren’t regulated. These regulations are there for a reason; to protect the workers. This play is a perfect example of employers knowing what’s right, and how to keep their employees safe, but not doing it because they don’t want to spend the money. I don’t trust people to do what’s right all the time on their own accord. This story is exactly why these regulations came about and why they need to stay.

That thought plays into my next question. Beyond purely documenting the tragedy, there seems to be a level of social commentary included in the play, and recently, there’s been a growing movement for workers’ rights in America, such as the John Deere strike. Do you think this play is especially important in light of that?

I think it’s very current. I think the John Deer strike is a great example of that. They locked out their trained employees, and then had their office employees try to run the factory. And within an hour, there was an accident and 911 had to be called. So it’s very topical; things have not changed very much.

Also most of these workers in this factory were immigrants. That’s something that draws me to it as well, because I’m the son of immigrants. My grandparents on my mother’s side emigrated from Sicily, where my father is from as well. Sicilian workers couldn’t get jobs and they were looked upon as lower class and treated very poorly. And so in a way, it’s a story that is important because I also think that the immigrant story hasn’t really changed that much either. The fact that the Italians are no longer considered the Other like they used to be, but a new group has moved in and are considered the Other. The immigrant story, and the immigrant treatment, is exactly the same.

Do you have a particular directing philosophy?

Have there been any unique challenges directing during a pandemic? And how have the performers responded to these challenges?

This is my first time directing in person in almost two years. It’s a little scary that we’re doing this together. But I said to the actors when they got cast that we are in this together, and it’s not just how we keep each other safe in rehearsals, but we have to keep each other safe out of rehearsals. And that means maybe not going to that party or going to the bar Saturday night. And I think the students have really responded well. They took their responsibility to each other very seriously. The actors are going to be wearing masks during the performance. We thought about petitioning the dean to not wear masks, but they felt more safe wearing masks. So that’s going to be a little bit different. But different doesn’t necessarily mean bad.