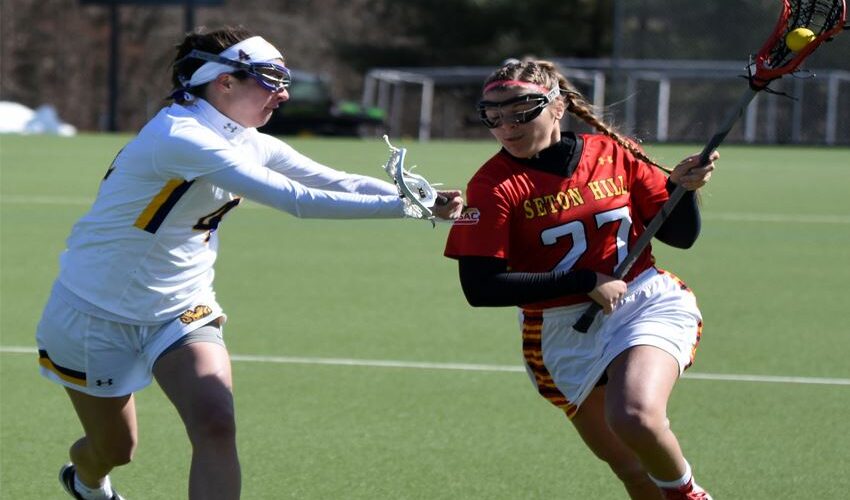 With sports returning to West Chester this spring, all teams are happy to get back out on their respective fields and play again. However, there may be a team here on campus that wants it a little bit more than others.

Having their season cut short last spring due to COVID-19, the West Chester University lacrosse team will finally have their shot at returning to the NCAA Championship game. After the way last season ended, five current fifth-year players returned for this semester. These players had their senior season taken from them and have returned to have a chance to play. In addition, there are also five current seniors looking to make the most of their last semester here.

One of the fifth-year players returning is nationally renowned defender Molly Reinhart. During last year’s preseason, Reinhart suffered a torn ACL and missed the shortened season. Even with not playing last season, she was recently named a preseason All-American for this year. She has also been named a member of the first team All-PSAC and second team All-PSAC in her collegiate career.

I talked with Reinhart about how she is feeling about this spring:

Q: Last time we spoke, you had mentioned that, at first, you were hesitant to return for your fifth year, especially after you suffered your torn ACL before last season. What was your reaction when PSAC announced there would be sports happening in the spring?

A: When the PSAC announced there would be spring sports, I was extremely excited and thankful for the opportunity to play lacrosse for one more year. Since I was coming off an injury, I obviously had some nerves, but I was more motivated than ever. I knew what it felt like to lose my senior season and didn’t want to have to go through those emotions again.

Q: You were named a preseason All-American for this upcoming season despite the fact you did not play last year. That is certainly a testament to your ability; do you feel you are back to 100% and ready to go?

A: Yes, I am ready to go. Since I am only about 11 months out of surgery, some days my knee does bother me, but I have been working with the Athletic Trainers about three times a week to get my knee as strong as possible before games begin. As soon as I stepped on the field for the first day of practice, I completely forgot I even tore my ACL — that’s how much I felt like myself. Both my coaches and teammates have been so encouraging and supportive, which has made my recovery even better. When I tore my ACL, I thought I would never have the opportunity to play again. Being on the sidelines and having no control over what happened, I realized how much I really do love lacrosse. My passion for the sport has grown even stronger after my injury. You really don’t realize how much something means to you until it’s gone.

I also had the chance to talk with a current fourth-year player and one of the best lacrosse goalies WCU has ever seen, Julianne Clemens. Clemens is a WCU lacrosse record holder in multiple categories, including career wins (34) and wins in a single season (19). Two years ago, she was named to the NCAA Division II Women’s Lacrosse all-tournament team in West Chester’s run to the final. To have a player of Clemens’ caliber returning has to be an advantage for this year’s squad.

Q: How excited are you for this upcoming season after having a great start cut short last year?

A: I’m extremely excited. The team and I have been waiting for almost a year to even touch the field. We had such high hopes last season; everything felt perfect to lead us to the national championship again. This time off has pushed us to work harder on our own and makes playing this spring even more thrilling.

Clemens gave an interesting response to my last question:

Q: With a career starting record of 36–4 in net, your strong play could be seen as an indicator of the team’s success. Do you look forward to the moments in close games where you could be the difference maker?

A: Most of all I look forward to playing games with my teammates. I think we’re best and most successful as a unit; there isn’t just one person who is responsible for a win. It feels incredible to be one of the 11 on the field where everyone is making a difference in their own contributions. The tight games where it is a battle for the win are the most fun, and it feels very rewarding when your play could decide a game.

The WCU lacrosse season begins next month on March 17 when they face off against Shippensburg University away from home. With such an experienced group, this team is poised to make some noise.

For more news on WCU lacrosse and other programs here on campus, check out www.wcupagoldenrams and www.wcuquad.com for continued coverage.

Tyler Grace is a fourth-year economics and finance major. TG885739@wcupa.edu

Graphic created by Evan Brooks     There are some things in life, some habits or skills, that sound beneficial to obtain to help you grow as an individual. But those...